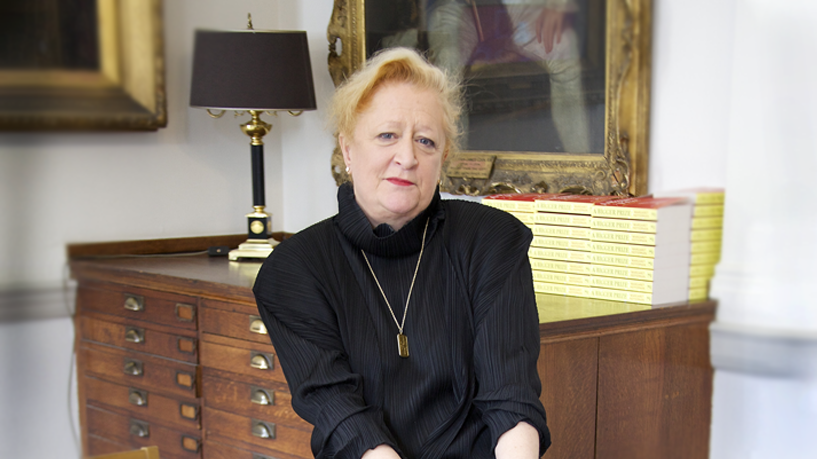 Margaret Heffernan is a veteran CEO, entrepreneur, popular TED speaker, and author of several books, including her most recent, “Uncharted: How to Navigate the Future.” Given these disruptive times, I was eager to sit down with her to discuss her key insights from her book.

Be sure to register and tune in to a live webcast I will be hosting with Margaret Heffernan on Sept 29th, 2021 at 5pm ET.

Q. Where did you get the idea for this book?

Both of those events were somewhat unprecedented, and they were acting as if there was an envelope with the answer inside of it, and that some people get to sneak a peek. And the truth is there is no envelope, and even if there were, there’s nothing inside of it.

So I started digging around, looking at all the different ways through history in which we have thought about the future, and they’re all completely mad, to be honest. And I just started thinking that this is a problem because the three-legged stool of management is forecast, plan, execute. And if we’re not very good at forecasting, that’s a problem.

If we’re not very good at forecasting, that’s a problem.

I’m kind of a collector of nerdy data points, and I had stuck in the back of my head early research done by Philip Tetlock showing that accurate forecasting, using the most rigorous and disciplined tools and approaches, will help you see about 400 days out, at the most. And even then, there’s still a great deal of uncertainty. And if you’re not as rigorous as that, probably your horizon for accurate forecasting is 150 days. And I thought, well, then this three-legged stool is broken.

The more I looked into the forecasting industry, the more I realized that our mental models for trying to forecast the future just don’t work. That doesn’t mean they’re useless, but it means that we can’t depend on them to the degree that we do. And if the complexity of business is increasing, then you have to rethink a great deal about the way that we do business.

The field of scientific management has taught people to be addicted to certainty in an age where it isn’t available. And the consequence of that is that they often move too slowly. They want all the data, but the data isn’t there when you need to make the move. They’re very risk-averse. All of this leads to poor leadership, poor imagination, poor sense-making, poor meaning-making. If we accept that the time horizon for understanding what’s coming at us is so short, we need a fundamentally different way of thinking about how we lead.

Q. So what is the best approach?

A. You have to first identify within your business which parts of the business are complicated and which are complex, and you have to understand the difference because otherwise you’re going to be using the wrong tools for the job.

If things are linear, where they are predictable, where there’s a lot of control, where there is a lot of visible cause and effect that is repetitive, then all your old tools are going to be fine. That’s what I call complicated. In complex systems, there are patterns but they don’t repeat themselves predictably, tiny shifts can have a huge impact, and expertise dwindles fast because change happens too quickly.

We often have both these conditions operating in organizations. In the first one, scientific management’s absolutely perfect. Efficiency is exactly what you want to aim for, and this is where technology really delivers results. In the complex environment, that technology won’t help because the technology’s always going to be behind. It’s always working on existing patterns, but it can’t see the coming patterns, and AI won’t help either because it is based on historical data sets.

In complex systems, there are patterns but they don’t repeat themselves predictably.

In those environments, you need to do a lot of experiments, and you have to forego the concept of efficiency because it will reduce all your margins for shocks and surprises. You have to think through many possible futures, not just one, and ask what you would do if that were to happen. So you’re preparing for likely outcomes that you can’t predict.

For leaders, a huge task is to hold the tension between the immediate, which is very often solved with a lot of experiments, and the very long term, which is about setting a clear direction. Because if you just experiment like crazy, sooner or later you just have chaos.

So leaders have to be able to think in these two time zones, which in some ways has always been part of leadership. But it’s more extreme now in terms of the need to be clear about the long-term meaning for an organization while having a lot of freedom about how you express that meaning.

And for leaders, the best contributions for innovation routinely come from people at the bottom of the hierarchy and/or from people working outside their domain expertise because they reframe the questions with fresh eyes. A lot of my work always comes back to a similar theme, which is how much talent we have and how little of it we use.

Are leaders good at asking really great questions of that talent and paying attention to the quality of the answer rather than the status of the respondent? Do they really use the people that they have and are they capable of coming up with some genuinely fresh ideas? Because it’s not about whether they come up with the right idea. Are they capable of rethinking and rethinking as the game keeps changing?

The teams that get stuck in their “my way or the highway” approach almost always fail. In this environment, you have to be very good improvisers. You have to know how to devise an experiment that will tell you something about the complex system, and you have to keep an open mind because you have to accept that uncertainty is rife within the environment that you’re operating.

Q. How can you coach leaders to be more comfortable with uncertainty?

A. I would be inclined to ask them to think through moments in their lives where something very unexpected had happened and how they dealt with it. In other words, try to discover in themselves their own capacity for responsiveness and change.

Most people don’t get to senior leadership roles without dealing with something challenging in their lives. I would get them to think about the resources they found in themselves and around them that helped them figure out how to navigate that shock. That’s one approach for bringing those capabilities to the surface.

Q. A lot of companies are not set up to reward the kind of risk-taking that you say they need to embrace.

A. I’m pretty blunt on this front. If you just do what the reward systems tell you to do, you are not a leader. You’ve just been conditioned like Pavlov’s dog has been conditioned. Leaders are paid to think for themselves, and they have a responsibility beyond their own personal reward.

The point is that my job is to do what’s best for the business.

And on one occasion, I thought the best thing for the business was to hire my own replacement because we pivoted to a point where the company was doing very well, but I was not the right CEO for the next phase. So I fired myself. I think the job of leadership is to do what’s right for the business and not just jump every time the dog-food bell rings.