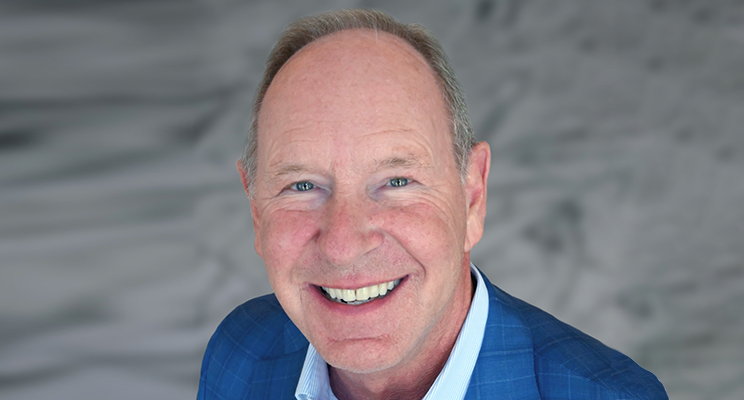 Reimer: One of the hallmarks of the last couple of years has been employees increasingly feeling like they should have a voice and vote in companies’ policies. On the other hand, businesses are not democracies. What’s your framework for thinking about that?

Glandon: I represent the voice of the lowest-paid person in the company and the highest-paid person. I’ve done a lot of roundtables all over the world, and worked hard to create the right environment for people. I never came with a pencil and paper. I never wrote down their names. I just asked them what’s working and what’s not working.

And I gave them honest answers. I would tell them, these are the things I think I can impact, and these are the things I don’t think I can, and here’s why. And people have responsibilities, they have budgets, they have families, they’re adults. They get it. So it’s not a matter of taking everything they want to do and saying, I can make this happen.

It’s really being honest with them about what you can and can’t make happen. Building a culture mostly starts there. I’ve been in companies where the values on the wall sound great, but when the rubber hits the road, it doesn’t really play out that way.

Bryant: What do you think is the hardest part of leadership?

Glandon: Making changes to teams is really difficult for some leaders. They talk themselves into why they may need somebody, but our job is to have the best people who meet our cultural needs and can get us to an end goal to support the broader strategy. It’s as simple as that.

If you keep the wrong leaders in place, you’re burning daylight

I brought in new players on some teams, and I’ve inherited teams where I’ve made no changes. They just lacked leadership. But if you keep the wrong leaders in place, you’re burning daylight because things are happening really quickly. Twenty years ago, in some big companies, you could stick with somebody who’s not performing well.

Now they need to move on because they are impacting the people around them, in addition to not performing well on their own. It’s still very difficult for leaders to come to the conclusion that it may be best for somebody on their team to move on.

Reimer: What is your framework for assessing leaders?

Glandon: I focus on what I call the four Cs — their character; their courage, and the ability to make tough calls and stick to them; building the right culture that’s inclusive, so that people feel like they can speak up and share their ideas; and then continuity. Continuity means, what happens to the team and the business when you leave? Do your values stick around? Have you put the right structure in place so the success continues or does it fall apart when you leave?

Bryant: If an HR leader was interviewing with different CEOs for a new role somewhere, what would be your advice to them about making sure it was going to be a good fit?

Glandon: You have to determine if the CEO wants you to be a strategic partner. And that means you’re going to be in the full board meetings, not just the comp committee. I said to one CEO I worked with, “I want you to see me as an equal partner on all the business issues, whether it’s capital allocation or sales channels or a potential acquisition.”

Another important thing I told that CEO is, “When I see your name pop up on my cell phone, I don’t want to cringe.” He laughed. But I give a lot of people that advice. It’s a bit like a marriage. You have to be able to be really be honest with your CEO, and you have to be able to walk into their office and say, “Listen, I’ve got this issue, and quite frankly, I have no clue. I need you to just think it through with me.”

Because you’re not going to have all the answers, and you need a partner in that CEO who’s basically going to say, “Sure, no problem. What’s the issue?” It’s not about them judging you and saying, wait a minute, you’re supposed to come me with three options and your recommendation. Sometimes life isn’t like that.

Reimer: Other advice you would share, particularly to a first-time CHRO?

Glandon: The interaction with the board is huge, and that’s something that they really don’t train us on. One thing I’ve tried to do is give people below me a little bit more exposure to the board, talking about, for example, the employee survey. That board interaction is really critical. It’s pretty hard to navigate. But you can’t be equivocal. You’ve got to go in there with some opinion. I’ve had, in respectful ways, disagreements with board members.

In this role, you can’t be afraid to be fired.

The other piece of advice is that, in this role, you can’t be afraid to be fired. You’ve got to stick up for what is right and say what’s on your mind. Don’t try to figure out what people want you to say or what the CEO wants to hear. And if they do fire you, you’re probably better off. And by the way, that’s not going to happen if you really give your opinion and it’s based on fact and your values system and what you believe is best for the company and not what’s best for you. Just stick with it.

I don’t think CEOs and boards are looking for equivocal HR people who will just agree with them. They want somebody to take a stand, give an opinion, and stand by it unless they get data that tells them they should think differently.