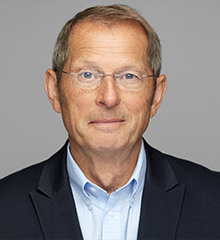 Richard Rankin is a transformational CEO. He brings more than 20 years of leadership experience in a combination of high-growth, restructuring, and turnaround environments in the B2B and FMCG sectors

In addition to his work at The ExCo Group, Rankin continues to serve as a mentor for senior leaders at the companies in which he has worked. He is acutely aware from his own experience that leaders benefit from external input in order to understand what is happening inside their organizations, outside in the marketplace, and the strategic fit (or conflict) between the two. As CEO of ACH Food Companies, Inc. ($650M) since late 2008, he has led three distinct phases of activity including: spinning off the industrial business into a JV with ADM, selling the flavors business unit, and nearly doubling profits in four years. He has a proven record in growing revenue, market share and profitability, resulting in 50+% increase in EBITDA since 2012.

He has been responsible for changing the ACH leadership team into a high performing team through mentoring, recruitment, clear allocation of responsibilities, setting an innovative agenda and the creation of a customer-centered culture.

Prior to his CEO role, he was Global Director of Business Development at multinational food processing and retailing company Associated British Foods ($13B GBP) where he led the strategy and plan development. In this role, Rankin had extensive experience leading through a number of successful and significant acquisitions. Rankin first joined ABF as Commercial Director for British Sugar UK and then became Managing Director for ABF’s ABR division where he was responsible for overall profitability.

Rankin has a bachelor’s degree from London University. He is an avid sailor and proud father of two grown children. He splits his time between Chicago, Illinois and Savannah, Georgia.