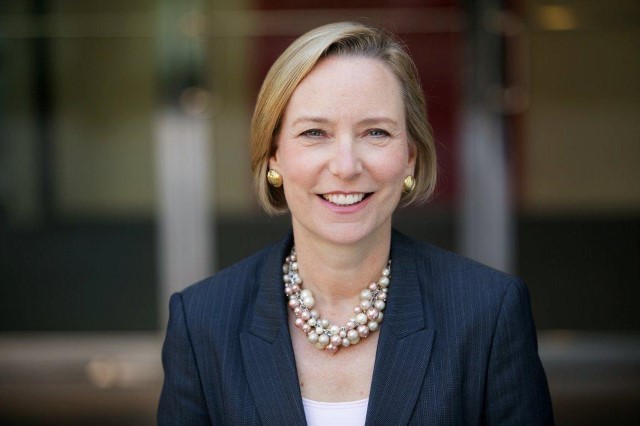 Sandi Peterson, an operating partner at Clayton, Dubilier & Rice, has extensive experience serving on boards, including her current director role at Microsoft. She shared her key lessons with me and David Reimer, CEO of The ExCo Group.

Reimer: What advice would you offer your younger self starting her first board directorship?

Peterson: When I joined my first two boards, I was probably 20 years younger than everybody else around the table. It was daunting, but I felt very privileged that I could observe and learn from lots of people who had very different kinds of careers. Somebody gave me good advice to do a lot of listening and not a lot of talking in the beginning.

Even before you join a board, there are things you should be mindful of. Just because it sounds like a great company and it’s got a marquee name does not mean it’s a good board or it’s going to be a good experience. You can learn a lot about a company through the process by which they contact you, how they engage with you, how long and complicated the process is, and what role the CEO plays in that process, because you need to feel like you can intrinsically trust the CEO.

I’ve been in a couple of processes of potentially joining a board when I asked the other directors what they considered the biggest challenges that the company faced and the top priorities for the board. If you get very divergent responses to those questions, that’s when I say to people it’s time to run for the hills because it is not going to be a good situation. It’s probably a fractured board.

Bryant: You’ve been on both sides of the table as both a director and a CEO. What are some particularly effective ways to engage directors?

Peterson: As a CEO, it’s foolhardy not to take advantage of your directors’ experience. One approach I have seen and used myself is to ask one or two board members to spend substantive time with somebody on your leadership team on an important project, so they can share their experience and expertise. That would scare the hell out of some CEOs who might worry about directors being under the tent and seeing what’s really going on.

But the executive learns a tremendous amount by being exposed to and working with the directors. It also makes the directors better because then they have a much better sense of what’s going on and they can be more thoughtful in meetings. They also get a better sense of some of the cultural dynamics, which are very hard to get from just sitting in the boardroom.

Reimer: What have been the advantages and disadvantages of boards having to shift to virtual meetings?

Peterson: When the pandemic hit, people were much more raw and real about not knowing what to do and being willing to ask for advice. There was an openness, with real-time decision-making, that was scary for people, but it was actually quite refreshing. It got everyone thinking differently about things, and any assumptions you had before had to change.

“Any assumptions you had before had to change.”

Also, the cycle times were faster, so people didn’t have to spend so much time internally prepping and reviewing board documents to make them perfect. And so you had better engagements and interaction, and if the data wasn’t perfect, that was okay.

The downside, of course, is that you lose some cohesion between the board and the management by doing everything by video. Without the glue, connectivity, and subtleness of conversation, it’s much harder to get a pulse on how the team is really doing. You have to be much more proactive about calling people and having more frequent interactions.

Bryant: Long-term planning is now a challenge, as well. How can directors contribute to those discussions?

Peterson: One approach we’ve used in a couple of companies is to break down planning into six-month chunks. Are there things that, despite some of this volatility, are kind of knowable and can remain on schedule for the next year? Are there other issues where that’s not the case, so can we do planning and forecasting in shorter increments? I think the answer to that is yes, but when you do that, it also changes risk calculations and has implications for performance metrics and compensation.

Reimer: How do you think about the role of the corporation, given the pressures on companies now to address broader societal challenges?

Peterson: To me, this is a little bit of back to the future. Decades ago, corporations took care of their communities. That all started getting unwound in the late ’70s and massively accelerated in the ‘80s and ‘90s, when the thinking emerged that the only role of the corporation was to increase shareholder value.

But that is now changing as companies are making purpose and mission so central to how they operate. Interestingly, the loyalty of employees to their company is going back up again because of this. People used to think that employees aren’t loyal, and they’re going to hop every couple of years. That was the narrative a decade ago.

“People now want a place where they feel safe.”

But people now want a place where they feel safe and where they feel they have some stability and consistency in terms of their work and their colleagues. There clearly is this belief and sense that a company’s culture matters deeply, and it’s just going to accelerate.

Bryant: What are the X factors that you’re looking for in the leadership pipeline, and has that changed this year?

Peterson: I’m a big believer in people who have a lot of humility, learning agility, intellectual curiosity, great listening skills, and who ask good questions and listen more than they talk. I’ve always said that it’s good to have somebody who is comfortable with some ambiguity and has resilience. Given what’s going on in the world, those are super important right now.

Reimer: How do you test for those?

Peterson: You can pick up on their comfort level with ambiguity pretty easily when you ask people about things that they’ve worked on and how they work with other people. You can just tell by how people talk about themselves whether they’re comfortable being in unfamiliar territory and whether they even enjoy and celebrate it.

On resilience, you can ask people where they get their energy from — how do they recharge their batteries? In a big corporation, these top jobs are 24/7, and if you don’t have good mechanisms to deal with your resilience and reenergizing yourself, you’ll start having very bad behaviors. There are lots of examples of people who lost it in some way because they couldn’t deal with all the stress and anxiety.

Bryant: If you could only ask somebody one question in a job interview and decide based on their answer whether to hire them, what would that one question be?

Reimer: What were key moments earlier in your career that really shaped your evolution as a leader?

Peterson: A director at McKinsey gave me a piece of advice that I’ve used over and over, which is that if someone is failing in their job, they’re as miserable as their supervisors because they’re not getting the job done. And your job as the leader is to figure out a way to talk to this person so that three or four months from now they’re going to pick up the phone and call to thank you because they’ll be in a job and work environment where they can succeed.

Giving people feedback is a good and right thing to do. You’re being a horribly selfish person and you’re not being fair to that individual if you’re not giving them feedback on an ongoing basis. Most people early in their careers want to be everybody’s friend, and they don’t want to tell people what they’re not doing well. But people appreciate you being straightforward and direct with them so that they can improve.

“I changed dramatically as a leader to be much more open.”

Also, early on in my career, I was a super Type-A personality. I always did my homework, I always was totally buttoned up and very serious, and I never talked about my personal life. Most people didn’t know I had children. Then my husband got very, very sick, and he ultimately died of cancer.

The silver lining in all that horror was that I couldn’t just put on my armor and go to work anymore. I was so raw that everybody around me saw that I was a human being and I had emotions. I changed dramatically as a leader to be much more open, transparent, and empathetic. I ended up having this level of leadership and followership that I wouldn’t have had if that event had not changed how I led.