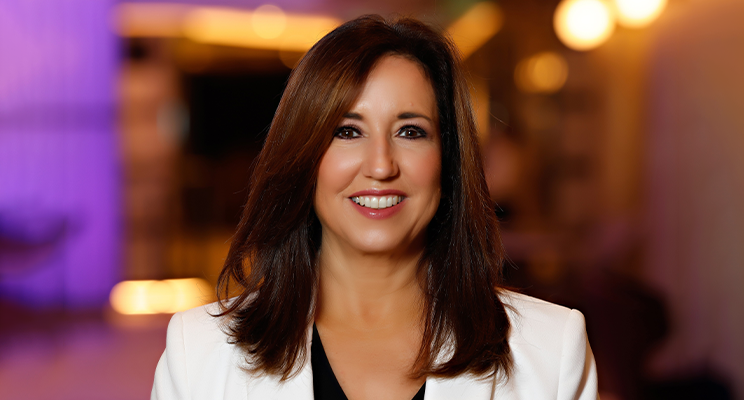 After A Crisis, You’re Better At Seeing The Opportunities In The Challenges

Q. Every leader had to deal with challenges during the pandemic, but I’m guessing you faced more than others.

A. First and foremost, we were the only industry, along with Broadway, that was completely shut down from operating in the United States. And what was supposed to be a pause in our operation kept being extended and ultimately lasted for more than 16 months.

When Covid hit, we had 26 ships sailing to different places. So when we had to stop operating, we immediately had to figure out how to get all the guests home safely. And then we had to take care of the crew. There was a level of complexity that we’d never imagined in any planning scenario. And it was literally ships and trains and buses and cars to get people home. For some crew members, they were on the ships for a year, because their own countries would not let them in.

The other reality for us in the marine industry is that you can’t just park a ship and come back to it later. It’s not like an empty hotel building. We had to continue to operate the ship with minimal staffing. Because there was a full stop on any revenue coming in, we had to make some tough decisions about downsizing and furloughs. None of that was easy.

Q. What was the leadership playbook you were writing for yourself in real time?

A. I’ve always been a big believer in the importance of communication. But there was so much uncertainty that it was hard to calibrate how to communicate, what to communicate, and how often. Because most of the time we really didn’t have anything new to say. But I communicated every week, even though I felt like a broken record sometimes. It matters a lot, especially in crisis.

Q. What other leadership muscles did you build during the pandemic that you are taking forward with you?

A. The biggest one for me, and probably the hardest in times of uncertainty, is having the will not to make decisions before you really have to. Because people look to us to make decisions. And many leaders don’t want to communicate if they don’t have the answer.

So it’s about having patience and also the humility to say that we don’t know the answer, and that we’re not going to make a decision prematurely. Because during the pandemic, there was new information coming in all the time.

Things were evolving quickly. And at other times, they didn’t really evolve at all. But not making decisions before we had to make them enabled us to have more data and more validation. Sometimes people confuse leadership with being first.

Q. In what other ways are you a different leader today than you were in March 2020?

A. Any time you go through the crises we’ve lived through, it just puts other problems in perspective, and you’re better at seeing the opportunities in the challenges. When there’s a crisis, you want to be able to say, what is the good that we can take away from it? Living through this time has given people muscles that they didn’t know that they had.

Q. What were important early influences that shaped who you are as a leader?

A. I had amazing experiences from a very young age, because my mother is French and we would often visit her family in France. So I had an ability to connect with people who were different than people I grew up with in my neighborhood in Philadelphia. My passion and curiosity about people and culture and travel really shaped me.

I applied to be a Pan Am flight attendant, and I made it to the final interview, which is when they told me I wasn’t tall enough. And then I started as the receptionist at a travel agency and worked my way up. Because I started at the bottom, I believe I have a lot of empathy for all our employees, and I also believe that as a leader you have to figure out how to get close to the people who touch the customer. You want to make sure your decisions are informed by the experiences of people on the front lines.

Q. When you became president of Carnival eight years ago, was there any aspect of the job that was different than what you expected?

A. Given the size and scale of this organization, I was shocked at how isolating this role felt. I think the best decision I made was to visit every one of our 24 ships. People thought I was crazy, but that helped me really understand the business — what was working, and what was not working? I asked people, “If you were me, what would you do?” Once they believe that you’re sincere and you really do want to know, they open up. That context early on was really valuable.

Q. How do you stay calm and focused with the daily barrage of new challenges?

A. My tendency is to want to make decisions and keep pushing. And that is why the biggest lesson for me in the pandemic was about having more patience — to not make a decision, and hold back from trying to fix everything right away.

When there’s a problem, I usually want to figure out as quickly as possible how we’re going to fix it. But sometimes you have to have patience and realize that the best response is to let things simmer. It’s about knowing the difference between the decisions we have to make right now and the ones that will be better if we wait. That’s a really big part of what leaders do.

A. I need people who can find a way to solve difficult problems, and who are going to listen to front-line employees and take their input as we make decisions. Are they willing to be humble and admit that sometimes they make the wrong decisions, and then come back and pivot to a new solution?

You can ask questions to get at those qualities. How have they handled crises in the past? How do they communicate? How do they motivate and engage their teams? How do they relate to front-line employees?

Subscribe here to get future “Art of Leading” interviews.