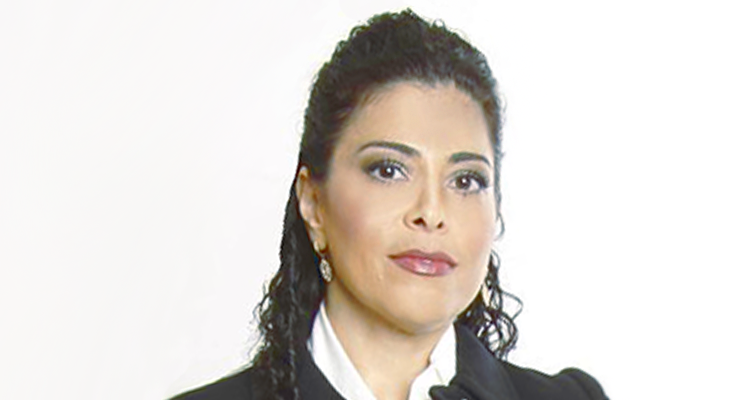 An Ethics Test: Are We Considering The Unintended Consequences of Tech?

Di Rifai, chairman of Creating Future Us, a not-for-profit aimed at identifying and developing evidence-based solutions for societal impacts arising from the rapid transition to the digital age, shared key leadership lessons with Anastassia Lauterbach and Adam Bryant in this “Leading Through Disruption” interview. Subscribe here to receive future interviews.

Lauterbach: How did you come to start your organization?

Rifai: I spent almost a decade in technology, before going into investment banking for many years. Then I started my own advisory firm in clean tech, including energy and infrastructure. I got involved in the ESG movement, back when it was called responsible investing and ethical investing. I saw the clean tech space as a way to transform the world.

That’s when I really started thinking about the imperative for ethics, which was not particularly on the agenda at investment banks. But as ESG became more important, it started me thinking: what are the intended and unintended consequences of everything companies do? If you change the energy system, what effect does that have on the grid system and distribution system and the pricing structure of energy markets? And who are the winners and losers geopolitically? It starts you thinking on a much greater scale.

In 2016, many things happened that were a wakeup call, including the impact of Russian misinformation in the US election. We also saw a lot of misinformation in the discussions around Brexit. All that led me to realize that no one in the finance world was talking about the ethical impacts of technology. From that emerged this idea of how to bring investors together. To coalesce the voice, you have to first raise awareness, because a lot of investors had only seen the positives of technology. That was a big part of why I started Creating Future Us.

Bryant: The ethical impact of technology is a more subtle discussion than, say, climate change.

Rifai: With externalities like climate change, investors were trying to bring more transparency through disclosure, and clarity through measurement and benchmarking. But when you look at externalities from tech, very little has been done to measure impacts or develop transparency. Yet those externalities affect all of us — as businesses, investors, consumers and taxpayers.

Every aspect of our lives has technology embedded in it. There’s an innovation pathway here that we need to take, in order to find the fine line between minimizing those externalities but at the same time not putting these companies out of business, because they are doing very good things, generally speaking.

Lauterbach: What concrete outcomes are you driving toward with Creating Future Us?

Rifai: I want to see companies really showing thoughtfulness in the way they go about innovating and implementing tech. I think companies should have ethics subcommittees on their boards. But that’s not what we’re seeing. Most companies are just racing against competitors and focused on profitability. There needs to be more engagement from investors, including using shareholder resolutions to move the needle. But it also starts with asking informed questions of boards, including, how are they taking into account the well-being of their consumers with their products? How are they using the data they gather in ways that are ethical and responsible?

Companies should have ethics subcommittees on their boards.

Through the research and tools we’re developing, we want to get to a place where investors have an informed view, robust questions and best practices toolkits, so they can, for instance, hold companies to account by asking, “Are you implementing these steps? What are you learning from them? And if you’re not implementing them, why not?”

Bryant: How do you engage in a discussion of literacy on ethical thinking in the boardroom?

Rifai: Someone within the board or the leadership team needs to care about the topic. Otherwise, there’s not going to be much incentive to engage on it. It ought to be framed as a potential risk factor, with someone pointing out that the company could be headed for a fall down the road if it isn’t considering certain consequences of its actions.

It’s very low cost to do at least a quick skim of possibilities. You can also point out how other industries or their own competitors fell afoul of ethics and how it might have been prevented if they had had an ethical supervisory overlay. That’s how to sell it to boards —as a de-risking mechanism.

Lauterbach: Companies are making a big push on ESG and touting their mission and purpose statements. Do you see this continuing?

Rifai: I do think we are moving to a values-based system, driven in part by the sustainability movement, which encouraged thinking about internalizing externalities. I don’t think that will go away — the idea that certain businesses have negative impacts on society and the planet and that they might continue to do so with complete impunity. The question is whether companies will own it and say, “Yes, my industry is destroying certain things, and we need as an industry to get together and find a solution.”

I do think we are moving to a values-based system.

At the heart of the capitalist system are incentives, so we need to get these right. We tend to reward people for profitability at all costs and raising the stock price. Those kinds of metrics tend to make up 90 percent of executive team compensation. Then there’s another 10 percent or so that’s about ESG and externalities. As long as that’s the incentive system, there will be greenwashing and whitewashing.

The problem with these incentives is that they encourage people to act a certain way, which they are then vilified for. So they’re squeezed into this tight spot where they have no choice but to prevaricate — to say the right things and be very ambiguous in their plans. But when it comes to their incentives, it’s very clear what they are measured against. We won’t address the issue of externalities until we get the incentives right, and we haven’t yet even come close to doing so. If there’s one thing I would love for us to all work on as a community of people who care about ethics, it’s setting the incentives properly.

Bryant: Is it possible to put an analytical overlay onto something like ethics, which is very often subjective?

Rifai: We have to walk away a bit from the idea that analytics are required for everything. There are many areas that are qualitative and not quantitative. We have to be principles-based and we have to hold people to the principles that should be guiding their actions. And we have to make sure we have the right people at the top who will do the right thing. That’s why getting the right culture in an organization is critical. I think measurement and transparency are important, however, companies and their executive teams have to ultimately demonstrate that they are living by collectively acceptable principles.