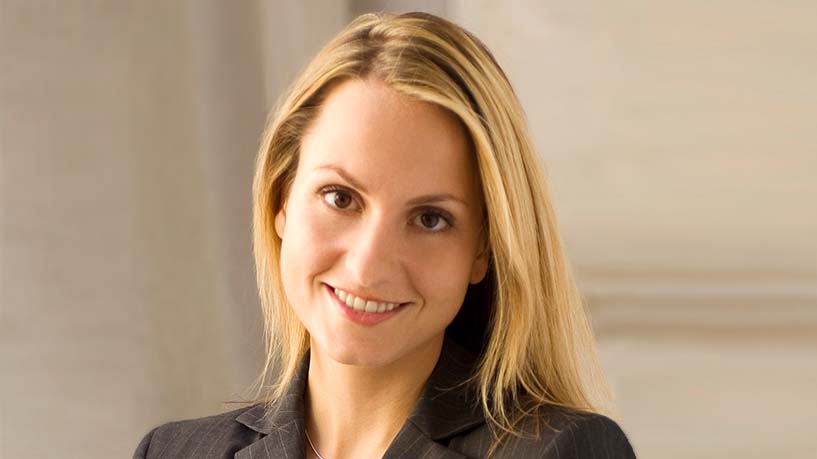 Ideally, All Employees Should Be Able To Articulate A Company’s ESG Goals

Shanti Atkins, a veteran leader and board director, shared smart insights with me and my colleague, David Reimer, CEO of The ExCo Group.

Reimer: What is your framework for deciding whether you are going to join a board?

Atkins: When I was a CEO, I focused on the one or two things in my strategic growth plan that were going to move the dial for the business. I wanted board members who were aligned with those initiatives, who I could really lean on to share insights and experience, and if necessary to roll up their sleeves in a way that’s really impactful.

So when I talk with an investor and a CEO about possibly joining their board, I say, “I want to work backward from your next valuation event, which is that you feel, as a result of me having joined your board, that your company is materially more valuable. If you don’t think I can deliver that in a measurable way, then I am not that curated fit with the company. And there’s probably many other people that are better suited for this than me, and I want you to find that person.”

I start there, because I want them to be looking for that level of fit with me, and I want to have conviction that I can be that person for them.

Bryant: And what is your culture filter, to make sure the company is a good fit?

Atkins: I can smell from a million miles away when someone is reaching out to me because they’ve been told, “Get women on the slate.” That urgency comes across in a way that feels a little inauthentic relative to what I can bring to the table. And it can become abundantly clear when I ask, “What is it about my background that is really suited for this particular team and this particular challenge?”

I also have to believe in the market and the mission of the company. Having been a founder, where you put your fingerprints on everything, you get almost spoiled by that feeling of deep emotional connection with the business. That connection has to be there with the CEO, too.

If the CEO feels like you’re just there because an investor wants you on the board, or they don’t feel totally simpatico with you, it’s never going to be an effective relationship. There are people who you just instantly connect with, and there are people you don’t. And I want to genuinely feel like I’m learning from them, as well.

Reimer: You no doubt have worked with a lot of founder-led companies, where boards often face the question of whether the founder is the right person to scale the company. How do you think about that?

Atkins: I have so much respect for anyone who starts a business from scratch and gets it even to $5 million or $10 million in annual revenue. They often have big personalities, and they’ve inspired a team to go through walls for them to get the company to where it is.

But that magnetism can also make them appear to have operating capabilities that aren’t actually there in terms of scaling the business. So when you really dig in on their capacity to grow the business rapidly, you find that they are challenged around making tough decisions on the executive team, having the discipline to be more data-driven, and getting out of the weeds on some of the elements of the business that they’re passionate about.

A lot of those people are continuous learners. They love reskilling and upskilling. If you surround them with the right toolkit, they can often scale and grow the business through the next several tranches. If you can do that, you’re more likely to retain a lot of the great people who are there because of the founder.

But if the founder wants out at a certain point, or isn’t able to scale, then you have to figure out, if this person’s out, who else is out? Then you have to go deep on your human capital due diligence to understand what’s going on.

The type of CEO you bring in when a founder is leaving requires a specific skillset. They have to have the humility to recognize what the founder has done, and develop relationships quickly, and then figure out that right pace of change. So they’re driving hard, but they’re not turning the corners so sharply that the apple cart’s turning over.

Bryant: You’ve been that founder yourself when you’ve had to scale yourself as a leader to stay one step ahead of the company’s growth. How did you do that?

Atkins: You have to be really humble about your own limitations, and be committed to continuous learning. I also tried to be very honest with myself about what I called my level one, two, and three capabilities.

I have some things I know I’m really good at, like thinking at 30,000 feet and seeing trends to stay ahead of the market, innovating with thought leadership and managing A+ players to give them space and let them be superstars.

You have to be really humble about your own limitations, and be committed to continuous learning.

They’re my strongest capabilities. The second are ones in which I’m really proficient. And the third ones are, I’m not that great at this — I’m able to do it, but should I be doing it? And then you hire to fill in your gaps.

Reimer: When you are assessing candidates for a CEO role, what are the X-factors you’re looking for?

Atkins: My Number One question is, “What is motivating this person to consider this role?” We are not looking for keep-the-trains running professional managers. These are difficult jobs. There’s got to be that energy and willingness to work through some pain and tension in the role.

The second thing I like to see is someone who is really excited, almost evangelical, about the product. If these are mission-driven companies, then the leader has to be genuinely mission-driven themselves about taking the role, which will come through in how they communicate to employees and the outside world.

Bryant: Speaking of communicating, how do you help companies navigate ESG discussions, which are becoming a bigger priority?

Atkins: You have to be very careful to not try to boil the ocean. Because if you focus on too many things and make it too complicated, the effort becomes meaningless and you don’t move the dial. For the companies I work with, which are relatively small companies, it’s better to have a short list of ESG goals that are truly measurable, that make sense for the business, especially in terms of materiality, and that are sustainable.

You can’t have a gap between what the organization says and the way it actually behaves.

It should be a cohesive ESG vision that adds value and has some integrity across it. If you get it right, you are improving the business for multiple stakeholders — current and future employees, customers, shareholders and the multiple communities that the business impacts. Ideally, you would want any employee in the company, no matter how junior or senior, to be able to articulate the ESG impact and goals.

The last thing you want is to do anything – whether it’s training or letters from the CEO or community initiatives — that will make people roll their eyes, thinking that what you’re doing is disingenuous or a check-the-box exercise. You can’t have a gap between what the organization says and the way it actually behaves. I’ve often said to boards, CEOs and investors, “You’re better off doing nothing versus doing this badly.”

Reimer: You seem to have the skill of navigating and being comfortable in new situations. Where did that come from for you?

Atkins: I was always the kid who was in many different social groups, and that continued into adulthood. And my parents were both immigrants, and came from two very different cultures. My mother’s Sri Lankan, and my father’s English. Then they immigrated to Canada. We lived in a small town on Vancouver Island, which did not have a lot of people of color or people with accents like my parents.

My brother and I started in public school, but when we moved to a new city, my brother went to this really exceptional all-boys school that decided to become a co-ed school. And when you decide that, you obviously can’t double the size of the school overnight.

When I started at the same school in the sixth grade, I was one of five girls in my entire class. And so you’ve got to learn to play ball with the boys when there’s only four other girls to be friends with in the class.

Invariably, in every aspect of my career, including as a CEO and board member, I’m often younger than people expect me to be, and therefore I’m having to prove myself all the time. And rather than be resentful about that, I see that as a real opportunity to show my worth.

I’ve adopted a chameleon approach when I need to pivot for different contexts. It’s not about changing who I am but about demonstrating who I am differently, because everything about being effective as a board member starts with building credibility with investors, fellow board members, and the management team.