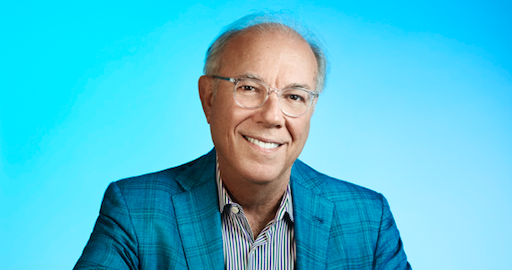 “If The Board Isn’t A Functional Team, The Company Is Going To Struggle.”​

Mark Templeton, the former CEO of Citrix Systems and DigitalOcean, has extensive experience serving on boards. He shared his key lessons from his years as a director with me and my colleague, David Reimer, CEO of The ExCo Group.

Reimer: What advice would you give to a CEO on how to extract maximum value from their board?

Templeton: It starts with having an appreciation and respect for the board itself. Some CEOs see the board as a pain in the neck and they want to get the meetings over with as quickly as possible. Better to construct a board so that when they come in, you’re happy to have them to talk about meaty issues that they need to be aware of, and the guidance you want from them.

The second piece of advice is to remember that board members don’t have the continuity that management does because they don’t live the business every day. That requires a lot of repetition and careful context-building so that you make clear what you need from them in the conversation.

When you plan an agenda, be clear about which particular topics are for their approval, asking for their advice, or simply giving them an update. At Citrix, we always labeled the agenda items to show what we were expecting from the board so that they knew what we were looking for in terms of output.

Bryant: What have you learned over the years as a director that you would you tell your younger self when he was first serving on boards?

Templeton: I’d probably tell the younger Mark to spend less time on the operational aspects of the business that come up during a board discussion, and maybe even avoid weighing in on them unless I were called upon or if they were clearly in my area of core competency.

Instead, you should really try to help the discussion stay at strategic and bigger picture levels. That’s the primary responsibility of the board, in addition to picking the CEO and taking care of the fiduciary responsibilities.

Reimer: What is your framework is for deciding whether to join a board?

Templeton: The first bar to clear is that you’ve got to have respect for, and an interest in working with, the CEO. If not, you’re not going to do your best work. The second thing is to understand what the company is trying to do, and whether that aligns with your competency. Because if I don’t feel like I’m contributing to the mission, I’m not going to be enjoying the work.

You have to feel like it’s in your sweet spot. I like companies that are in the stage where they’re learning how to be a public company and learning how to develop strategy and communicate with the board. My standard question for the CEO is, what do you want me to contribute on the board and why? I have zero interest in joining a 20-person board at a Fortune 50 company, because I wouldn’t feel I could make much of an impact.

You have to feel like it’s in your sweet spot.

The third thing is board dynamics. You get a sense of that by interviewing other directors at the company you’re considering and asking them, how do the directors work together? Do people always agree? Do they always disagree? When they disagree, how do they work through it? How transparent are people? If you don’t have a healthy board culture, you’re going to dread going to board meetings.

Bryant: What are the X-factors you look for in a CEO when you’re assessing candidates as a board director?

Templeton: To a large degree, choosing a CEO is about having clarity about the direction of a company and what it wants to be. I often think of it in terms of the emblem of the god Janus, which on one side shows a young face and on the other side is the older guy with the beard. When I show the Janus emblem in talks, I always put the young face looking forward, to the right, and the old one looking backward, to the left.

The reason I do that is because the future is about imagination, understanding what’s around corners, having almost a childlike optimism to take on the impossible. The other face is about execution, operations, and accomplishment. When looking at CEO candidates, I try to use that model.

Headhunters often focus on experience and what someone has accomplished, but not enough thought goes into the characteristics that we need to map into the future. I think the Janus model balances those two and encourages conversations to evaluate the candidate around where we want to go. That also applies to any leadership role.

Reimer: Many boards are facing new challenges around company culture, especially as more employees want to have a say in what products they sell and who they sell to. What is your framework for dealing with those thorny questions?

Templeton: I haven’t faced that in the way that some boards have. But when I was CEO, I tended to encourage freedom of speech but never anonymity. And I openly explained that to people. So at an all-hands meeting, I would tell employees that you can ask any question in the world about the company, but you can’t ask it anonymously because everyone has to be accountable not only to the answers, but also to the questions. It works both ways.

I tried to encourage free speech, but that never extended into political issues. When I would have roundtables during election cycles, I would always stick to the message that companies are obligated to grow and to make money, and that special companies contribute to the world and their communities. But beyond that, we need to respect the right of every individual to think the way they want to think, practice what they want to practice and vote the way they want to vote.

More and more, CEOs are expected to share their personal points of view.

So I always would refuse to engage in a political conversation, even if people asked me directly. But I expect this broader issue you’re raising is going to get more difficult with the next generation of employees. That can have profound ramifications to the positive or to the negative. More and more, CEOs are expected to share their personal points of view, which I think is a little unfair.

Bryant: To be a director is to take on the role of the village elder, sharing your wisdom. Who in your life is the role model, the voice in the back of your head as you think about fulfilling that responsibility?

Templeton: This will sound weird, but it’s Socrates. The best board discussions tend to be ones when people are in a Socratic dialogue, drawing out points of view rather than dictating an answer. But I have a person like Socrates in my life — Steve Dow, who was the founding investor of Citrix and was on the board when the company was formed in 1989. He’s also a general partner at Sevin Rosen Funds. He is my role model in terms of listening, asking questions, and leading a discussion to tease out the core issues.