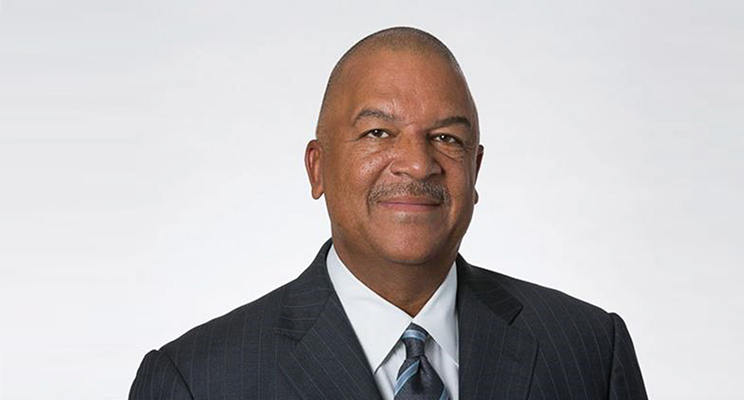 If You See Something That’s Not Fair, You Have To Be On The Solution Side

Morris: What were important early influences that really shaped who you are as a leader today?

Lombard: It started with family. We had this work ethic in our family that started with everyone having to work at the cleaners, which was our family business in Seattle. My grandfather and grandmother ran it, but we all worked there. Getting up and going to the cleaners, even though I didn’t want to go, helped me develop a strong work ethic. Sometimes that meant my parents, grandparents, or aunts and uncles pulling me out of bed to make me head down to do my job.

I might have said to my grandfather a few times, “So when can I leave? How long do I have to work?” And he would say, “You’re going to work from the time you can till the time you can’t.” And in our house, we had assigned chores. Those were very early influences on me, and I always felt like my work ethic was an advantage in my career.

Bryant: Were you in leadership roles early on?

Lombard: My primary focus in school was playing basketball, and I was often the captain. I always had folks looking to me and asking, what do you think we should do? It came full circle when I started playing college basketball. Some of the guys on the team would act crazy at times, and they all started looking to me to not only keep them out of trouble but also to give them some advice on what to do and what not to do.

Morris: How do you handle those leadership moments at a young age?

Lombard: I came out of a pretty strict family and knew not only the difference between right and wrong, but I was also forced to make decisions and be responsible and accountable for those decisions. I was hell bent on staying out of trouble, so I was always focused on where things could go wrong, and I wasn’t quite as reactive as a lot of teenagers.

It doesn’t mean that I didn’t have my share of times when I disappointed my parents because of decisions I made, but I knew there was going to be accountability. I wanted to build a future beyond high school and college, and if I was going to start the right way, I had to make some good decisions.

Bryant: Ken, you and I have had a few conversations over the years, and I think it’s fair to say that you’re a pretty low-key guy. Has that been an asset for you as a leader?

Lombard: I’ve always been comfortable with contributing and not necessarily needing the credit or the limelight. It always worked for me early on, especially when I had a partnership with Magic Johnson. I could do my work, and if there were 100 people in the room, maybe there was one or two at the end of the line who would want to talk to me.

But it was very comfortable to let him be front and center, and to be the shield for me as I was doing the work that I needed to do as we were trying to build our partnerships. It became part of how I approach things. I’d like to think that I can check my ego at the door and have conversations with anyone and everyone.

“It’s about trying to make sure that everyone cares.”

And from a leadership perspective, I like to put other people first. And it’s not just about being nice. It’s about trying to make sure that everyone cares, and that they know you care about them, and that you have a sincere desire to make sure you’re creating the right work experience and environment for them.

Morris: What was a big break for you early in your career?

Lombard: After I got out of college, one of my first real business experiences was with IBM as an intern in the general services division. I worked long and hard to try to get that job. I thought I had it after I interviewed, but the leader of the division in Seattle, an African American named Billy Anders, said he had to interview some more people.

So I called him every week for five months. Sometimes I wasn’t able to get him on the phone, and other times when he’d pick up, he’d say, “We haven’t made any decisions.” But I got the job. After he hired me, he said, “I figured I should hire you because you’re not ever going away.”

And that was my first step into corporate America, and it ended up being a great launching pad for me. I developed great relationships. I learned the business side of leadership. And I performed. That’s a huge part of how I built my career — I want to be known as the guy who will do what he’s supposed to do and perform at a high level and work harder than everyone else.

Bryant: What are some headwinds you’ve encountered in your career because of your race?

Lombard: I faced a lot of them as I built a career in the real estate business. As we were trying to raise capital, there were things that just didn’t happen. Many times we heard “no” as we were trying move opportunities forward. Everyone has these examples.

The approach I took, especially if I was in an environment where I knew that there were attitudes that could potentially get in the way, was to figure out a way to navigate around people and avoid any glass ceilings. And I did that by always proving myself – in my business decisions, in the professionalism that I displayed.

“I’ve never been afraid to address those moments head on.”

But there were always attitudes that I run into. Sometimes you would work with people who did not want you to succeed. But I didn’t spend a lot of time trying to convince them otherwise. Some people are going to have their attitudes no matter what. That said, there were times when I had to get in someone’s face and say, “Look, I am not the guy for you to approach like this.”

I’ve never been afraid to address those moments head on, or to express my opinion about what’s wrong with the world. But for the most part, I just tried to navigate my way around people like that because I knew that their attitude was not going to change.

Morris: What is your guidance to young Black professionals to help them to decide which moments like that to take on and which ones to let go?

Lombard: For me, it’s always been a fairness line. I want to be treated fairly as much as I want to treat other people fairly. Whenever there was anything that came close to where it wasn’t fair, I had to speak up. It would be a very professional conversation but I would be stern in letting them know that this is not going to be acceptable.

You develop your approach over the years, but it starts with an intolerance for not being treated fairly. You can waste so many years in a situation where someone’s got their foot on your neck and you’re not doing anything about it, and you end up frustrated.

Bryant: What career and life advice do you share with young Black professionals?

Lombard: I think many people in the younger generation have an attitude of wanting immediate gratification — that whatever the job is, they’ve got to feel like this is exactly what they want to do and it’s going to be great. You don’t always have that as your first option.

I’ve had jobs that are not glamorous, especially when you’re coming up. But after you’ve done some things that you don’t necessarily like, or that you decide are not part of your career path, you learn to appreciate and make the most of any opportunities that come your way.

“You build your reputation as someone who can deliver.”

You build your reputation as a hard-working person, you build your reputation as someone who can deliver, and you try to figure out how you can be really good at what you do and continue to be a student of everything that you’re doing. Learn as much as you can, and then wait for that opportunity to come. For me that worked, because I never really went out and sought other opportunities.

You have to develop a certain toughness, discipline and commitment to excellence to be successful, especially nowadays. It’s always been the case, but I think the world is so competitive now. To really get to a certain level, you’re going to be competing with people.

And the first thing I always do is I assume that after a certain level everybody in the room is the same. There’s a humble approach that I take, and I just try make people understand that I have a high level of integrity and that I will work my tail off.