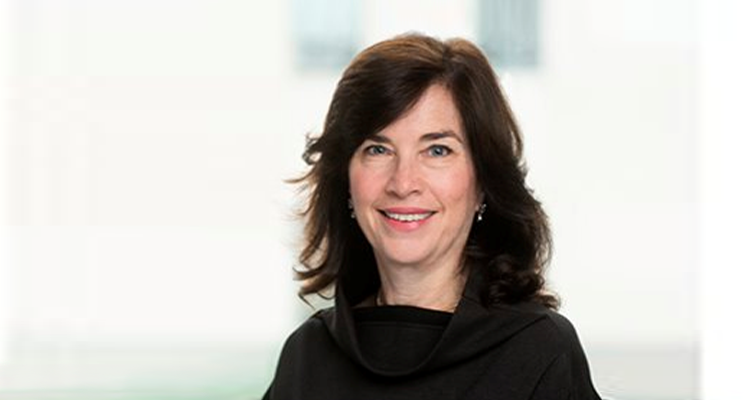 If You’re Leading At Scale, You’ve Got To Create Excitement And Inspiration

Q. What were important early influences that shaped who you are as a leader today?

A. I was born in New York. My parents are both second-generation Irish immigrants, so I come from a very working-class background. My father instilled in me early on the power of earning your own wage and working. I got my first job at 13, working at a fruit and vegetable stand. I loved having a little bit of cash in my pocket, and I liked working.

I also waited tables as a teenager at a country club. Waiting tables is the best job that everybody should do at least once in their life, because it teaches you teamwork, how to work in a hot kitchen with a cranky cook, and how to sell a nice bottle of wine, which are skills that apply in almost any organizational setting.

Q. What’s your approach to leadership?

A. I’m a believer that you have to first lead with humanity and develop a personal connection. You’ve got to lead with humility and admit that you aren’t pretending to know more than anyone else, and to be honest about where you fit into the ecosystem. And you’ve got to earn people’s respect, ideally by solving problems. The worst thing you can do is go in and assert, “I’m the boss.”

Q. Any early speed bumps for you in learning to lead people?

A. I am brutally candid and I don’t have a great filter. The beauty of that is that people tell me I’m authentic, and they know that what they see is what they get. For most people, that ends up being a big positive. But it also took me a long time to realize how much everybody judges and reads things into every word and action. Are you being positive enough? Do you look unhappy? To this day, I probably am not as sensitive as I should be to how people are reading those optics. I’m not trying to convey disappointment or anything else. It’s just who I am.

A. Early in my career, if something looked incredibly complicated, I would think, “I’m a liberal arts major. Maybe I’m just not smart enough. Maybe those guys from Wharton know things I don’t.” I had the opportunity, or misfortune, to be deposed about Enron a few times. What Enron taught me is that when something is hard to follow the first or second time, you raise your hand and say, “Something doesn’t make sense here.”

It’s easy to say that in your 50s. It’s really hard in your 30s and 40s, especially in an environment where you work with brilliant people, to ever say, “Wait a second. Why is that so complicated?” So one of the leadership lessons is, how do you encourage people to come forward and ask the obvious question that many people are thinking but nobody is willing to ask?

How do you encourage people to come forward and ask the obvious question?

I’ve counseled hundreds of women over the years, and I’ve always said, “If you ever believe you’re having to make a choice between your family and your job, you won’t keep doing it.” So I’ve said, “The way to make it sustainable is you put the same priority on all the family elements of your life that you would on a client meeting, and don’t talk about it all the time.”

Women tend to talk about it with everybody. Men just block their calendar and nobody knows that they are at their kid’s soccer practice doing the same thing. I’m hoping that one of the lasting effects of the last two years is that people are willing to be much more transparent about the need to have a multi-pronged life.

The third lesson is that you are only as good as the people around you, who are hopefully way better and way smarter than I am. I also rely on them to shield the rest of the team from the fact that I am constantly in motion in different directions. There is an art to establishing your kitchen cabinet of people who are really going to help you operationalize the change you’re trying to drive.

Q. Was there a moment when you felt like you made the jump from being a manager to leader — not in terms of title, but in terms of mindset?

A. The first manager job I had at Salomon Smith Barney was overseeing a team of 25 people in the debt capital markets. I then moved to running corporate banking in the Americas, which was about 100 people. Then I shifted to running transaction banking sales at JP Morgan. That was 800 people. When you get up in front of a town hall and you’re leading 800 people, that is a very different job.

You have to develop almost an exaggerated way of presenting, speaking, and inspiring.

I realized you have to develop almost an exaggerated way of presenting, speaking, and inspiring, because if you fall flat in front of 800 people, it’s really hard for them to go out into the trenches and do the job that they need to do. When you’re managing at scale, you’ve really got to create excitement and inspiration so that people want to follow you.

Q. If I were to join your team as a direct report to you, what should I know about your day-to-day work style?

A. I grew up Catholic. I married a Jew. So my leadership style is that I will noodge you to death, but I will love you and run through a fire for you in a way that nobody else ever will. I really do want to empower you to run with things, but I need a fair amount of over-communication to not meddle.

And if I do meddle, it’s because I’m curious. I’m just really interested in what are you thinking and hearing. I have to be careful that I don’t micromanage the team, and that my desire to have a lot of different balls in the air doesn’t lead to a sense of confusion about what I want. My pet peeve is when things are moving very slowly without an explanation. I don’t expect people to work 24/7, but I want to see some intensity of forward motion.

Q. Nobody feels sympathy for CEOs, but these top leadership roles seem like they’ve become five to ten times harder just in the last couple of years.

A. There are new challenges of being a public company CEO. Fifteen years ago, a CEO didn’t have to make a quick decision on whether to pull their company out of Russia. Employees are sometimes up in arms about various issues. Your shareholders want you to commit to carbon neutrality and you’re not sure how to get there. You’re sitting on a global stage where if you express anything that’s even slightly political, you’re probably going to be vilified rather than rewarded.

And all of that is before you’ve even thought about are you actually growing the company. I think there’s a real risk in the next ten years that a lot of people may simply opt out of taking on CEO roles. I’m concerned we will lose a lot of talented people who just say, “You know what? This job has changed and it’s out of my comfort zone of what I can control.”

Q. What is your best career and life advice for MBA students?

A. Do what you love, so it doesn’t feel like work. And when you’re thinking about those career opportunities, it’s not a life plan. It’s a daily question of, do I feel great waking up and doing that job today? And the day that it doesn’t feel great, then be open-minded about possible changes and challenges that maybe you never even thought about before.