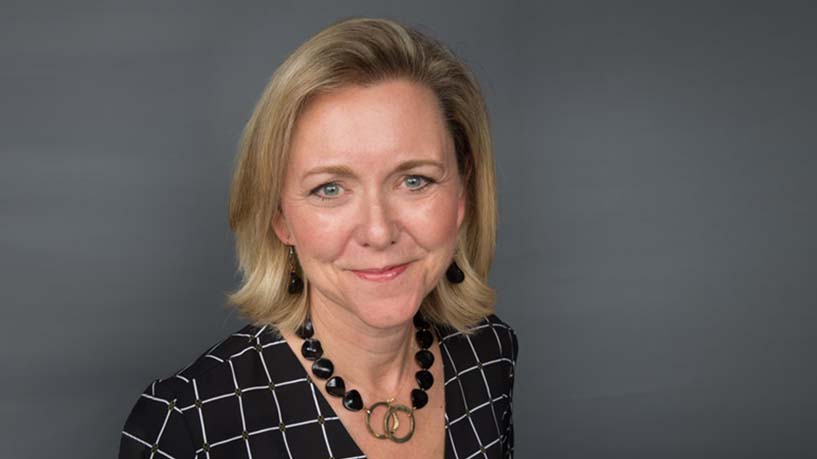 “Issues Like ESG and DE&I Have Grown In Importance At A Stunning Pace.”

Kimberly Lubel, a veteran CEO and board director, shared smart insights with me and my colleague, David Reimer, CEO of The ExCo Group.

Reimer: What are your thoughts on how the director role has evolved?

Lubel: The speed at which so many topics — including ESG, diversity and inclusion, and board makeup — have grown in importance for different stakeholders is pretty stunning. And balancing all those demands is a challenge.

For-profit companies are built to make profits for their shareholders, but there are broader conversations now than just about making money, such as the impact of the organization on society and the environment. Balancing those fiduciary duties is tricky. It’s about trying to find that Venn diagram center of all those issues, rather than seeing them as trade-offs.

Reimer: You’ve had to deal with a couple of activists when you were CEO. What are the lessons there?

Lubel: You have to be really patient, stick to your beliefs, and make the same points ten times even if they are going to argue with you ten times. I had a board that didn’t have activist experience either, and it was so disruptive. It is a particular set of skills that you learn the hard way. We had two competing activists, one played nice guy, and one played the not-so-nice guy.

I was advised early on not to use humor in those conversations, but that’s like taking away my best weapon. And eventually I did use it to defuse some of the conversations because I can’t stop myself. I also felt like there was a gender piece to those dynamics. The activist playbook is definitely to poke and poke and poke until the CEO gives in. But I have three kids and they poked a lot growing up, and I didn’t give in with them, either.

That experience has helped me add more value in my director roles. If I see activist shareholders get into a stock, I can pull management aside and say, “This is how it played out for us, and here are some things for you to think about and watch for.”

Bryant: Can you talk a bit about the headwinds you’ve faced as a female executive?

Lubel: I’ve been in a lot of meetings where there weren’t many other women in the room. When I was doing a road show as CEO when CST Brands was spun out of Valero in 2013, I was often asked, “Why did you get picked for the CEO job?”

There is a much better understanding of the benefits of diversity in boardrooms.

I had the hardest time answering that question initially, but I’d walk out of those meetings and my team would pull me aside to say, “Here are the ten reasons you got picked, so stop letting them do that to you.” I was pretty convinced if I had been wearing a suit and tie, they would not have even dreamed of asking that question. Fortunately, things are changing, and there is a much better understanding of the benefits of diversity in boardrooms.

Reimer: What were the tailwinds that got you through all those challenging times?

Lubel: I certainly had terrific supporters and sponsors. I also think that anyone with kids has a lot of resiliency because every day’s going to be a little bit different and you have to be able to jump from topic to topic.

I think resilience is important for any leader. The transaction that led to CST being acquired took almost 18 months to get it all done. And I’ll be candid — by the end of 18 months, my resilience meter was pretty darn low. I had gotten to the point where it was hard to keep everyone moving forward and to maintain that energy and positivity when there was constant uncertainty.

Bryant: How did being a board director make you a better CEO and vice versa?

Lubel: Being a CEO gave me a deeper appreciation, in my role as a director, of all the pressures that the CEO was facing. It also sharpened my sense of the line that separates the roles of management and the board. I had some board members occasionally cross that line when I was on the management side, and so you become more attuned to what that feels like.

Minding that middle road is important, but every director has a different challenge based on their background. As a lawyer, it’s hard for me sometimes to take my lawyer hat off when I’m in the boardroom. So I try hard not to speak up in the boardroom about purely legal issues, but I’ll reach out to the general counsel after meetings to follow up.

Bryant: When you’re sizing up CEO candidates, what are the X-factors you’re looking for? What questions do you ask?

Lubel: I want to understand their path to this opportunity, and why they’re interested in it. Part of it is just gauging their enthusiasm for the role. You’re also trying to get a sense of how they’ve worked with previous boards and management teams, and also what they’ve learned from past failures.

With all the challenges that CEOs face day-to-day, you’ve got to make sure they’re passionate about it because otherwise it’s not going to work very well.

Reimer: What were important early influences that shaped your leadership style?

Lubel: Being a middle child, and learning how to be diplomatic, is probably part of it. After law school, I went into the corporate side, doing more M&A work, and I found success in the negotiating room, where my goal at the end of the day was for both sides to be happy and to find creative solutions to challenges.

That certainly informed how I operated in the CEO role when new challenges came our way. You look for the most optimal outcome and pull at all the different factors, much like you do in any deal negotiation with different constituents.

In terms of early influences, I was fortunate to grow up in a small town where I had 100 kids in my graduating class. I could run track, be in the school play, be in the band, and be in student government. No one really cared if I was great or not, but I got to do lots of those things.

My kids all went to a big public school here in San Antonio and didn’t have that chance. They could pick one or maybe two things to be involved in. I do think that there’s a benefit to growing up in a small town.

When I have the opportunity to speak to college kids, the main advice I share is to not draw your box so small that you can’t see what else is out there. I was a Spanish major in college, but I said yes to a lot of opportunities. It’s about drawing a big box for yourself and trying new things.