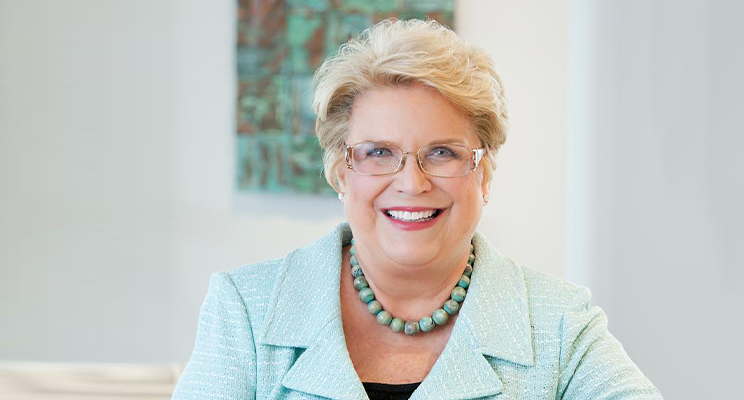 Linda Hudson, a veteran CEO and board director, and founder of The Cardea Group, shared timely insights with Adam Bryant and David Reimer. Subscribe here to receive all our interviews with board directors.

Reimer: What is your advice for somebody who wants to join their first board?

Hudson: First, make yourself noticeable. You need to brand yourself, network and get media coverage or industry recognition — these things will get your recognized by either recruiters or other directors and help you stand out against the competition. When I first started to be approached about being a director, I was a female CEO in aerospace and defense. This gave me a platform that was different than others.

But then I had to shift to present myself and tell my story in ways that had absolutely nothing to do with the aerospace and defense industry. I tell people to learn how to market yourself without ever mentioning your prior job or the industry you’re in. What broader skills do you have so you don’t get pigeonholed?

I am an engineer with a technology background. I have in-depth cybersecurity experience, and I ran a very large, complicated, global business. I’m very familiar with operational excellence and risk management. I found these experiences resonated broadly.

Bryant: The flip side to that question is, how do you decide which boards to turn down if you get approached?

Hudson: I’ve turned down a number of opportunities. I tell people their first board is probably the most important one, because it sets a tone and establishes your brand. Let’s say you go to a small or mid-cap company. You’re probably going to stay with similar-sized companies because it’s not likely that a bigger player is going to come after you.

Reimer: Is there a role that you typically play on boards?

Hudson: I spend time finding the niche where I believe I have a voice or an area of expertise. Often this is technology, cybersecurity, operations, and international risk management. When I joined a large bank board, I was used to being an expert in my field, oftentimes one of the smartest people in the room.

But when I went to my first board meeting at the bank, I had no idea what they were talking about. I did not understand any of the acronyms. It was like being dropped into a foreign country, and it had been a very long time since I had felt like dumbest person in the room.

It took me a while, and I worked hard. I met with people outside the boardroom to learn and find a way to add value based on my experience. I clearly was not going to be advising them on banking or investing. But a bank is a large IT enterprise, and I know a lot about IT. In time I found my niche as an expert.

Bryant: Talk about the framework you use a director for balancing all the competing demands of stakeholder capitalism.

I gave a speech on this subject about a year ago where I researched the evolution of the “S” in ESG. As best as I can pinpoint, the real pivot came in 2018 when Larry Fink wrote his infamous letter saying that BlackRock would only invest in companies that made a positive contribution to society. This statement was an instant topic of discussion in the boardroom. Soon after, the Business Roundtable came forth with their position about shifting to more of a stakeholder capitalism model.

Corporations are stepping up and taking stands for things that are right.

It’s a positive move for companies to say, “This is what we stand for,” and to seek input from all the stakeholders, including their employees, customers, and communities. Studies show employees are more productive and you have less turnover when they feel aligned with a company’s values and morals and their leaders are willing to take a stand.

I lived in North Carolina when HB2 — the bathroom bill as it was called — came out. Businesses in the state rebelled and people refused to visit the state, and ultimately the bill was changed. Corporations are stepping up and taking stands for things that are right. It’s across the board. We’re at a point where people believe making money and doing good are not mutually exclusive.

Reimer: Do you have a framework that helps guide you on what issues a company shouldn’t weigh in on?

Hudson: The discussions at the board level tend to be centered around the question: where can we make an impact by taking this stand? We can’t just comment on every situation that comes up. With regard to HB2 and North Carolina, two of my boards were headquartered there, so we were very involved. This was an opportunity to make a really big impact by taking a stand. And we did, as many of the other companies there did, too.

Bryant: We are also seeing a lot of leaders facing questions from employees about their personal position on issues, not just the company’s position. What’s your guidance there?

Hudson: Share what you believe and why in a respectful and thoughtful way. I’ve never seen anyone successfully weasel their way out of questions. People expect authenticity. I find the best approach is to answer the question and then open up discussions if people have a different point of view. I can explain my point of view. If you disagree, explain your point of view.

Most of my experiences with this approach have been positive. I’m a huge fan of authenticity. You need to be yourself. If they disagree, they disagree. But you do get questions now that would never have been raised in the past. And there’s no way you can satisfy everybody all of the time. I was a Democrat in the defense industry, which made me a little bit odd. As a result, politics was something I was reasonably cautious about, but if anybody asked, I would share my opinion.

Reimer: What do you consider the hardest part of leadership?

Hudson: It’s lonely. There are decisions you have to make that only you can make. You have to have the courage and conviction to follow through and make it happen. And you alone have to be held accountable for the outcome. Those traits are the real differentiators among senior leaders.

There are decisions you have to make that only you can make.

Yes, you need to get all the input. Be collaborative. Get the data you need. But in the end, it’s your call, and a lot of people have trouble with this ownership. Then they have trouble sticking with their decision, and they point fingers when it doesn’t work out. You have to be able to live with your decisions and own them.

Bryant: What were important early influences that compelled you to pursue leadership roles?

Hudson: From a very early age, I liked to be in charge, whether it was on the playground or in high school clubs. I wanted to be the one to pull things and make things happen.

I also have to give my parents credit for raising a young girl in the 1950s to have the skills of resiliency and determination. My parents were very supportive. They always told me I could do anything I wanted to do, and if I fell down or got tripped up, they said, “Get up and dust yourself off and move on.”