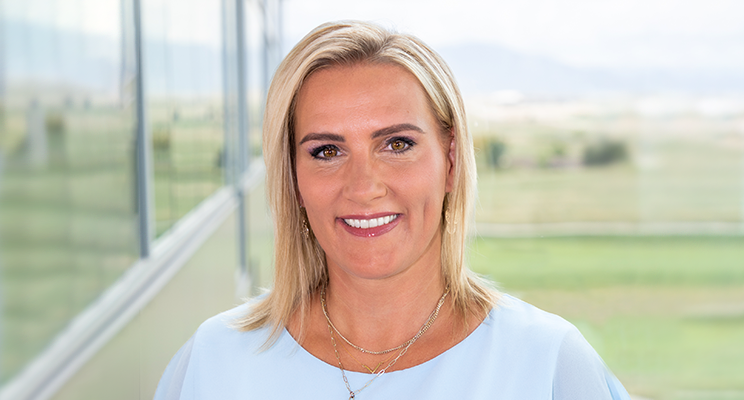 Never Give Someone Your Problem. Always Offer Them A Solution.

Reimer: It’s been a challenging few years. What is it about your background that makes you comfortable in this environment of ambiguity and relentless disruption?

Nielsen: My dad was and is still an incredibly hard worker, so he taught me the importance of having a really strong work ethic. Any time you’re faced with adversity or a problem, my response is to work hard to figure it out. Put in the time and you’ll get through it.

And my grandmother – my dad’s mom – was another big influence. She was one of the strongest and bravest women I’ve ever met. Listening to her stories of growing up and dealing with adversity gave me a lot of the strength I need to get through these tough times, so much so that I tattooed “Stronger” on my wrist as a reminder that I can be stronger than anything I face.

I’ve also always felt this need to help make other people successful. It’s never been about the recognition or the reward for me. If I can contribute to someone else’s success, that intrinsically motivates me to do more. So even when things aren’t part of my job, I like to get into the trenches with people and work through problems. One of our core values at Trimble is, “Be curious and solve problems.”

The other early influence is that my parents got divorced when I was young. So there were mixed families, and I realized early on that everybody responds to problems, trauma, and stress differently. So you cannot think, “This works for me, so that’s going to work for you.”

That early lesson grounded me in the idea that we can’t dictate what’s going to solve a specific problem or how to help somebody through a situation. We can provide ways to guide them through it and to work through the problem, but you have to remove your personal feelings and perspectives.

Nielsen: She grew up in Wales, and she met my grandpa when he was based in Europe for the war. They met and fell in love in pretty short order, and she unexpectedly became pregnant with my dad. So they were married in Europe and my grandpa was sent back to the United States. She was in Wales with this little baby and he said, “Why don’t you get on a ship and meet me in the United States?”

When she was about 22, she boarded a ship with my dad and took it across the Atlantic Ocean, and hoped this guy that she had fallen in love with would pick her up in New York. Meanwhile, my grandpa and his brother drove from Minnesota to New York to meet her as she came off the ship. There was just a lot of faith and trust that they had in each other.

Reimer: How did you end up in HR?

Nielsen: I was working to pay my way through college, and I landed at a company that wanted to hire me full-time and support me to finish my degree. I ended up working for someone who wasn’t a very good leader of people. There was a lot of turnover. One day a group of us were really fed up, and we all said we were done. The company’s HR director called me and asked, “What is going on?”

I said, “We’re just all feeling pretty beaten up and not very valued by this person, and we just don’t want to do it anymore. It’s not a fun place to come to work.” The HR director said, “I want you to help me fix this problem.” I said, “I’d love to solve this problem.” I partnered with the HR director to do listening sessions with the team.

My approach is always, “I’m not going to put this monkey on someone else’s back

What we learned is that the manager really didn’t even want to be managing people, and they went back to an individual contributor role, where they were much happier. One of my colleagues was promoted into that management role and they did a fantastic job turning the team around. I thought, if I can be that influential in someone’s career and help them navigate tough problems, I want to do that job.

My approach is always, “I’m not going to put this monkey on someone else’s back. I’m going to take it and help the team solve it.” That’s something I teach people on my team. Don’t give someone a monkey. Offer them a solution. Let them help you figure it out if you feel lost or you don’t know what to do, but don’t just give someone your problem. Give someone a solution, because that’s what builds strong teams and high performers.

Bryant: What are the most common themes that come up when you mentor and coach people?

Nielsen: The biggest one is around communication. Often there’s a gap between the way people thought they communicated something and how it was received. That conversation requires a certain amount of vulnerability.

Whenever you have two people in a working relationship, there’s a chance that they are going to be like oil and water with each other. One person will say, “Why do I have to change to meet this person’s style?” And the other person is saying the same thing.

It’s about helping them both understand that neither of them actually have to change. They just have to understand how the other person receives information. If you can figure that out, you’re going to have a much better relationship and be able to communicate much more effectively.

Reimer: What are the key qualities you’re looking for in your future leaders?

Nielsen: The standout employees are willing to fail and learn from experiences and see them as growth opportunities. They also hold themselves accountable and say, “I’ve got this because I said I would handle it, and I’m not going to let you down.”

Consistency is also important because it helps build a sense of reliability and trustworthiness. Finally, we want employees to recognize that the competition is outside our walls, not within them, and so they should try to help make their colleagues successful.

Bryant: How do you hire?

Nielsen: I always start by asking someone to tell me their life story. What motivated you at an early age to choose your career path? What molded who you are as a person? I ask them to spend ten minutes telling me their life story, and I watch whether they can stick to that timeframe. I also ask people to share what they’re most proud of in life. It helps me see what they value, and you learn where their heart is and where their drive comes from.

Reimer: What’s the first job you had when you were young, and what lessons did you take away from it?

Nielsen: I started cleaning hotel rooms when I was 13. As I mentioned, I grew up in a divorced family, and we didn’t have a lot of money. I realized that if I wanted to be able to do the things my friends did, I needed to earn money to do so. I also started to learn from mentors there about hotel operations, and I was later promoted to night desk manager.

It taught me the importance of being reliable — show up on time and working hard. Having those jobs at a young age taught me a fair amount of responsibility, and I learned that when you commit to something, other people rely on you.