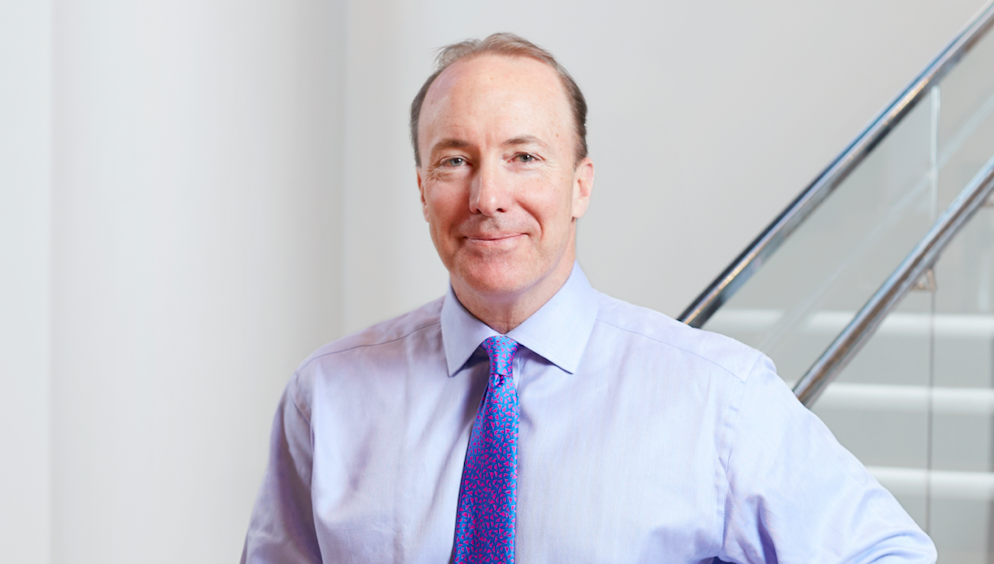 “People Will Follow Leaders Who Are Listening More Than Pronouncing.”​

Q. What leadership muscles have you built during the pandemic that you want to take forward?

A. I thought I was a good communicator, but I learned very quickly early on that, for all the communicating that our leadership team was doing, it was not enough. So we had to revamp our communications in terms of frequency and content. People want to know in a crisis that there’s clarity around where we’re going and that we’re going to be okay.

And even though you achieve scale in terms of communicating over Zoom, people do want to see you in small groups and one-on-ones. They want to see their leader is focused on them, hearing them, listening to their complaints. I sometimes say that my job is not chief executive; I run the complaint department.

You have to meet people where they are as opposed to making some grand speech about the strategy and operations. That may have worked in the past, and people either agreed or disagreed, and they either followed or debated at the edges.

You have to meet people where they are.

Now it’s more “But what about me?” So the challenge is more meeting them where they are to adjust the strategy or operations. That’s why communicating is so much more important — people will follow leaders who are listening more than pronouncing.

A. Part of the strategy was giving our top leaders the storyboard of our key points to share with their teams. Early on in the pandemic, we sent a list of frequently asked questions and our answers to all the things we were facing — our approaches, the upside, the downside and acknowledging the fear factor.

We asked them to have those discussions with as many people as possible. Before the pandemic, we may have thought that communications had to be led by the top ten people. It was about leveraging the communications to a broader group, and trusting that it would work.

Q. What is your framework for describing what makes an exceptional leader, and has it changed during the pandemic?

A. Leadership needs adapt to the times. Obviously the notion of the superhero hierarchical leader has been gone for some time. The need for faster decision-making has changed dramatically, and now what matters is how agile are you, and how quickly you can innovate as a leader or lead a process of innovation.

I’ve mentioned communications already, but we’ve seen leaders who were great strategists, with strong operating teams and balance sheets, who struggled because they were unable to successfully communicate with the board, employees and customers.

Q. If you could ask a CEO candidate only one question in an interview to decide whether you would hire them, what would that be?

A. What is the biggest failure you’ve had, why did it happen, and how did you deal with it? We learn so much more from mistakes and failures than we do from victories. Many leaders who are ego-driven focus on the successes. I need to know what went wrong, your thoughts on why it happened and what you learned from it.

Q. What were important early influences for you?

A. I’m the youngest of five kids, a big Irish Catholic family. I was competing with my older brothers by the time I was three or four, and I still am. It was a modest upbringing — the biggest room in our house was the room for improvement.

You learned to compete early on, whether it was for the last piece of chicken or playing touch football. Our family didn’t have a lot of money, and we all had jobs from a young age and had great senses of humor because you couldn’t get a big head in our family.

I had the opportunity to study and work overseas relatively early on. I have my great passion. I love ocean racing, and so after college, I spent two years hitchhiking around the oceans of the world instead of the roads of the world. If you’ve spent any time as part of a team racing a sailboat, it’s kind of like growing up in a big family.

At 3 a.m in the middle of the ocean, bad things can happen, and everybody’s got to do their job. If you don’t do your job, somebody can get hurt. I’ve crossed the North Atlantic seven times, and now I’m skippering the boats. I’ve learned so much about teamwork. When things go wrong, you don’t blame anybody. And then you figure out what went wrong to make sure it never happens again.

Success in races often happens between sunset and sunrise.

We had long discussions in town halls a few months into the pandemic in which I talked about how teams have to rely on each other at 3 in the morning. Success in races often happens between sunset and sunrise when no one’s watching. You win races in the dark when you stay focused, stay energetic, and get the sleep you need.

Being part of a team formed who I am as a leader, and it’s why I’m in a professional partnership because I authentically love being in teams. Do what you say you’re going to do, be accountable for what you said, and when it goes wrong, figure out what went wrong so it doesn’t happen again.

Q. How have you evolved as a leader over the years?

A. My early approach came from growing up in my family. I figured that if I just worked harder and longer, I would lead by example, and everyone would be the same. That was a disaster, because not everyone works the same way. There is not a 25th hour in the day.

I was in a race to become a chief executive in 2006 and didn’t get the job because I was pushing too hard, with too much intensity, with too much focus on my individual performance as a role model, rather than listening and helping groups of people be successful. It was a big lesson about focusing on others’ success. It took me probably two or three years to develop more of a lighthouse searchlight approach rather than a single flashlight pointing straight ahead.

Q. What are the most common themes that come up when you mentor others?

A. People don’t like constructive criticism. And the ones who tell you that they are the most open to it are the ones who are not open to it. Helping people become better leaders goes back to those failure moments of poor decisions or execution and saying, “How did that go? What would you have done differently? Here’s what I would have done differently, and what are we going to do going forward?” Their ability to trust you and to come for advice to avoid the issue in the future is super important.

Q. What career advice do you typically give to MBA students?

A. Go global early. It’s the greatest gift, despite all the angst and uncertainty that comes with it culturally. And take on the most difficult projects. Don’t run from them because that’s where you’ll fail and learn the most.

And never let them see you sweat. However panicked you are, stay outwardly calm or you won’t get the next difficult project. The ability to take on those things will define how quickly and how well you can learn and grow.

As Russ Reynolds said to me, the only problem you will have is the problem you’re not sharing with someone else to help you solve it. If you keep it to yourself, it’s not going to get solved. So don’t let them see you sweat, but you can ask for help.

Q. What are your thoughts on the importance of patience in building a career?

A. We give people as much as they can handle, but you have to be patient to learn and to make mistakes and to come back better. And you also need to understand that the little things matter because they create the foundation to move fast.

Don’t try to jump from big project to hip project to cool project. You’ve got to show that you always get the details right. Trying to leap straight into fame and fortune is only going to set you up for a bigger failure. It will catch up with you at some point.