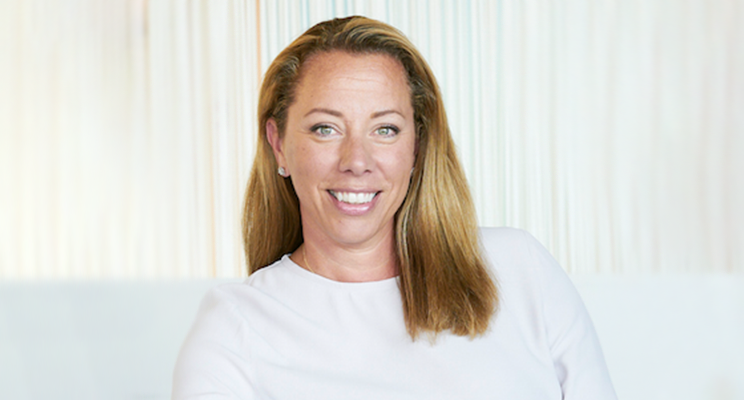 Anna Mossberg, a veteran director who serves on the boards of companies that include Volvo Cars, Swisscom, Orkla Group, and Swedbank, shares her key leadership lessons with Dr. Anastassia Lauterbach and Adam Bryant in this “Leading Through Disruption” interview.

Lauterbach: What does it take to really deliver on a transformation strategy?

Mossberg: You need bravery from the board to plant a flag far enough out for what needs to be accomplished. Being brave often carries risk and cost. To do that well, you need a good understanding of the holistic environment.

What is happening in the world at large? Are you listening enough and looking enough? Do you have enough data points in order to see what is really happening? A lot of companies have too many blind spots. They look at their competitors and think about change in a linear fashion. You have to be on your toes and have an agile approach.

The other element of transformation is around speed. You have to have resilience. You have to have grit to push things through, but you can never lose sight of the speed that is required. You cannot allow the organization to say, “It’s okay that nothing is happening for three years.”

Bryant: What are some other patterns you’ve seen as companies try to transform themselves? What mistakes do they typically make?

Mossberg: I’ve seen many companies that will hire someone to push transformation and give them a title like Evangelist or Ninja or Guru or something like that. Then they start running, and often within six months they get burned out or they are fired because their work isn’t fully embedded within the organization. Their work stays at the surface. It’s just bad for everybody involved.

You also have to respect everything that was done before, so that you bring people along. And the art of storytelling is crucial. You have to spend time to really show people the goal and the vision. What does that new future look like? Good leaders today are very good at using a lot of different communication tools to create clarity around where the organization is heading.

Lauterbach: What are the X factors that you’re looking for in a CEO candidate?

Mossberg: For a CEO position, you have to look especially hard at their personal characteristics. They of course need to have the required skills and capabilities, but what is their inner compass? Are they a good leader? Will they be able to develop a good relationship with all the stakeholders? Finally, you need to be clear about the particular needs of the company. Does it require stability or new thinking?

Bryant: What were important early influences that really shaped who you are as a leader?

Mossberg: I was born in a small town in the far north of Sweden, but I spent my early childhood in an even smaller village called Porjus that’s above the Arctic Circle. It is very far from everything and very dark, very cold. My mom always said, “The sunshine has to come from within,” because the sun never came up in the winter, or just vaguely for a couple of hours.

That taught me that you can start a small revolution and make change.

Children also learn from the stories they are told, not just from experience. My mom got her first job in this very cold environment up north, and there was a note on the office wall saying that women were supposed to wear a skirt in that facility. It was very cold, and she showed up in trousers.

Then the boss called her in and said, “Did you miss the note?” She said, “Yes, and I guess you will have to fire me, but I think you’re making a mistake because I’m very good at my job. But I will always wear pants.” On the third day, every woman in the office wore pants. That taught me that you can start a small revolution and make change.

But at the same time, you don’t have to go war over everything. I went to technical high school. The bathroom for girls was in the basement and it was the only one in the whole building. After two months, I went to the principal and said, “When I’m on the third floor, there’s no chance that I can make it down to the bathroom and then up again to the next class. The time is too short.” Then he just looked at me and said, “Maybe technology is not for girls.”

I decided that there was no point in going to war over this because it wouldn’t change his mind. So I just started using the boys’ toilet. It was fine. It was a pragmatic solution. I think every leader has to be able to use these two tools. Sometimes it’s okay to start a revolution, but sometimes you just find a pragmatic solution to a problem.