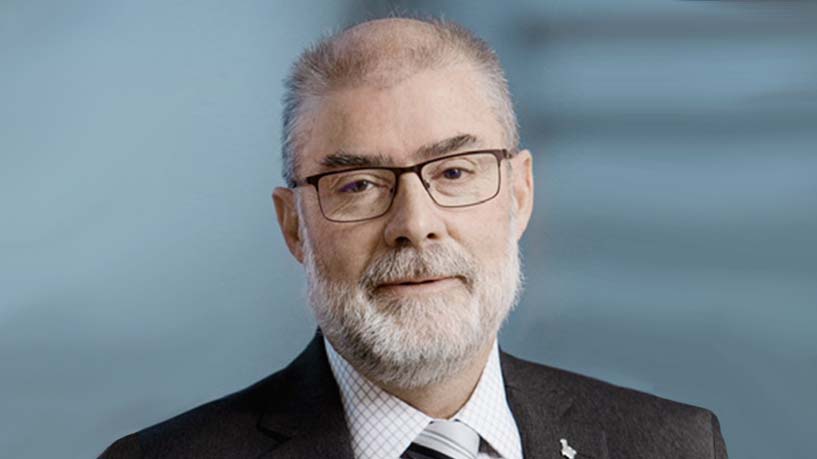 “There Are Times For Listening, And There Are Moments To Make Decisions”

Greg Maddison, a former Vice Admiral of the Canadian Navy, Deputy Chief of Defence, and board director, shared powerful leadership insights in my latest “Art of Leading” interview.

Q. You rose up the ranks of the Canadian Navy quickly — moving from commanding one ship to a squadron to a fleet of ships and then overseeing all Naval operations — before taking over responsibility for all the operations of the Canadian armed forces. What do you see as the key leadership lessons that propelled you along that steep trajectory?

A. The answer starts with hard work and mastering my profession in terms of knowing what I was responsible for, and understanding what the people on my team were responsible for so that I could ask the right questions and make reasonable decisions. My training as an industrial engineer helped there, because industrial engineers know a little bit about all the other engineering disciplines.

In terms of my leadership style, I always focused on listening to what other people had to say, whenever I had the time. On the ships I commanded, I used to do a lot of walking around and asking people how they were doing and what was new. Sometimes you get really good ideas from those conversations, and I would be sure to pursue them. Other times they would suggest ideas that wouldn’t work because they lacked the context I had, and I would share that with them.

But I also created an environment so that every single person on that ship knew that when we were in an extreme situation or crisis, I make the decisions and they have to act on them. And they got that. When you do that — when you are respectful to your team and they have confidence in you to make the tough calls — you can achieve magic.

Q. Later on, you were a senior mentor for many years in Canada’s National Security Program, a yearlong program for high-potential officers and civilian public servants. What lessons did you try to impart to the students?

A. My role was to share some of the nuances about whatever issues or case studies we were discussing at the time, whether it was geopolitics, security challenges, or economic or political issues. People could ask me anything. Why did they go down this road? What was their thinking? I would ask their opinions first, and then share what I had learned from my own experience in similar situations.

Q. What is the key leadership insight you wanted to share with them?

A. It comes back to respect. It’s ingrained in us in the armed forces to respect the people who are more senior. But what a lot of people never learn, or they might forget, is that you have to have just as much respect for the people who work for you. You can never forget that.

We had a couple of people in the program who were smart and gifted, but there was a degree of arrogance about them. On a number of occasions, I would sit down with them one-on-one and say, “This is how you come across. If you’re going to build a team, and if you’re going to lead that team, then you have to be able to create an environment where people want to do their best for you not because they’re afraid of you, not because you’ve made it clear that you’re the smartest guy in the room, but because they’re inspired by what you’re asking them to achieve and they want to be part of that. You haven’t learned that yet.”

There are times when you’re going to be going against the crowd and you need courage to believe that you’re right.

Then I would add, “Without making any predictions here, if you continue with that approach, this is about as far as you’re going to go because the people above you – and I used to be one of them for many, many years – are not going to provide that extra level of responsibility to someone who hasn’t figured this out.”

We also talk a lot about courage. And I don’t mean courage in the sense of being out in the battlefield and having the bullets whiz by you. I mean there are times when you’re going to be going against the crowd and you need courage to believe that you’re right.

Q. This notion of respecting what people have to say has parallels in the corporate world, where you served for many years as a board director. Employees increasingly want to have a voice and a vote in company policies, and they are also looking to C-suite leaders to address many of society’s ills these days. That’s a tricky balancing act.

A. And the approach is the same as in the military. You create an environment where people can participate and put their views on the table, and you give people authority to make decisions at their level based on what the company stands for and the goals it is trying to achieve.

And you have to have those conversations about these challenging issues. You can’t just make a decision in this day and age without at least having a conversation and getting people to share their views. People need the opportunity to put their views on the table, and to know that they were heard, even if the final decision goes another way.

People need the opportunity to put their views on the table.

But at the same time, everyone has to recognize that there will be occasions when the CEO has got to be absolutely dogmatic. There are moments for conversation, and then there are moments when employees want their leaders to make decisions so that everyone can move forward.

If you’re going to be an effective leader, there are times when you have to make those calls. It’s about trying to find that balance, which may be slightly different for each company and each leader.

Q. Let’s shift to you more personally. What were you like as a kid? What kind of things were you doing outside of class?

A. My father was in the Air Force, so we traveled all over the world and we lived in France and Germany. One of my challenges as a teenager was making friends, because we kept moving. But what I learned from that was to become very independent early on.

I have two brothers and a sister, and we were a closely knit group because of that shared experience. I also played every sport you could possibly imagine, and through that I got to know people and to feel accepted.

Q. Your father was in the Air Force, and yet you, and your brother Paul, both went into the Navy.

A. Back in the day when I was a kid, when you went overseas, you went by ship. Because my father was an officer, we traveled first class, and I thought, boy, this is great. Many years later when I had to decide whether I wanted to be in the Air Force or the Army or the Navy, I thought about being at sea in those ships and decided I’d like to do that again. But I discovered in my first year of training that war ships were not like cruise ships.

Q. What was an early leadership lesson for you?

A. After I graduated from the Royal Military College and joined the Navy, there are a number of tests that you have to pass, including getting what is called your watchkeeping certificate. As the officer of the watch, you are responsible for all that’s going on in the ship during that two- or four-hour period. Ultimately, the captain is in charge, but at that moment, you’re responsible for making sure everything goes the way it’s supposed to go.

That’s a big responsibility when you’ve got 250 to 300 people onboard. And that’s where I learned the importance of balancing a focus on what’s happening right now with thinking ahead and working through all the various what-if scenarios. That approach is important for any leadership role, of course. You have to deal with the present while also anticipating different future scenarios.