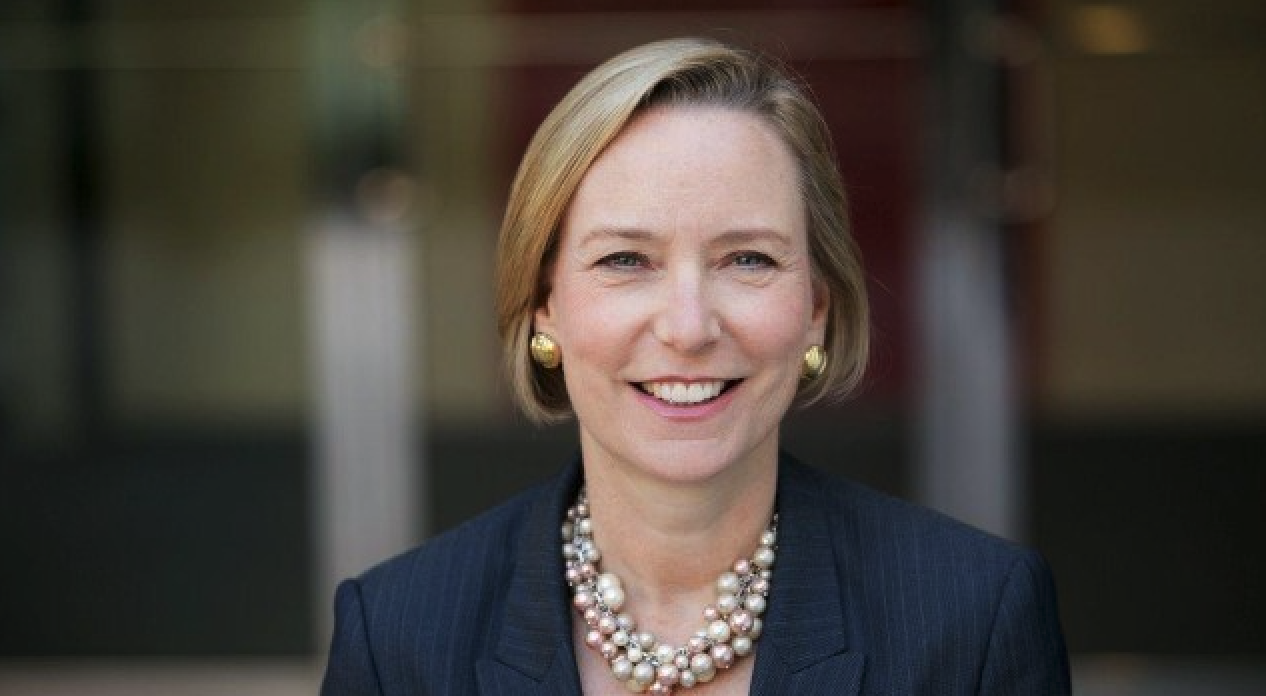 Lauterbach: You’ve served on boards in the United States and Europe. What are the big differences and similarities?

Peterson: The notion that the quarter is the only thing that matters is very much a U.S. mentality. So companies often do things that are short-sighted, and there’s a lot less conversation about, “What are we going to be and look like in three to five to eight years, and what are the things we’re doing now that get us there?” Those conversations happen a lot more in European companies.

There is definitely a view on both continents now that other things matter beyond just the financials. We are seeing that in spades now in the United States, where everybody is talking about ESG. When I was running companies in Germany more than a decade ago, it was already a big topic with investors. There was a lot of conversations about, “How do we create metrics and define performance of businesses beyond just the financials and capital deployment?” There’s much more of a broad recognition that companies have a bigger role to play in society. That has a lot of implications for how businesses are run.

Bryant: Do you expect that there will be some standardization around ESG frameworks?

Peterson: There is a desire to have some standardized metrics for all three dimensions of ESG. On the diversity and inclusion front, the United States is much further ahead of European companies still, and there is a huge push from investors to demonstrate that you’re putting teeth into those initiatives, and that they are also tied to executive compensation.

European companies have spent a lot of more time trying to figure out the climate question than American companies. But there are a handful of companies that are taking bold steps to start measuring and managing and making commitments around net-neutral or negative carbon-footprint impacts. Everybody is measuring it slightly differently today, and there’s a recognition that we don’t have the right metrics yet. We can’t have too many of them because then they become meaningless.

Lauterbach: The role of the CEO has become exponentially more difficult in the last two years. What advice do you share with leaders to help them navigate all these new challenges?

Peterson: CEOs have to redefine their role. They need to find a way to figure out how to let go of certain things, figure out how to surround themselves with people who complement their skills and can take things on, and they also have to provide a lot of clarity about what’s important and what matters.

CEOs have to figure out how to be engaging, empathetic leaders.

The old model of the CEO having all the answers for a command-and-control environment shouldn’t exist anymore. CEOs have to figure out how to be engaging, empathetic leaders who listen, who learn, who delegate more rather than thinking they have to do everything. As a CEO, it’s okay to say, “That’s a great question. I don’t know. Let me go figure this out and I’ll come back to you.”

And there are some old-school leaders who may still be saying to themselves: “The only reason I wanted this job was because it was the brass ring I’ve been working toward for 20 years. I love the trappings of the job. I like being powerful and having an entourage.” But in this this environment, those are all the wrong reasons to be running a company, because you will get burned out and you may trip yourself up. So if that’s the only reason you’re doing the job, you probably shouldn’t be doing it.

Bryant: Can you talk more about the art of leading through influence, rather than command and control?

Peterson: I’m a big believer in listening and asking questions. You have to enroll people, and you need to make them feel like they’re part of the solution or that they are going to be more successful because they’re engaging in the process.

The second thing is, once you’ve decided what should be done, to be transparent with people and explain your decisions. Some people may not like the answer, but if you explain to them why we’re going to do X instead of Y, they’re more likely to get onboard and to be more engaged in the process.

I also always talk about making sure you’re bringing the outside in. You have to find ways to understand what’s really going on in the world, whether it’s with competitors, customers, or changes in technology. You have to say, “I don’t know everything. I need to go learn from others.”

Leaders need to have a really good ear to the ground.

The other thing I would say is that leaders need to have a really good ear to the ground. There are some people who are really good at convincing their bosses that they’re rock stars, they’re wonderful, they do a great job, their numbers are great. And some leaders don’t want to spend the time to find out whether the people below them are good managers or not. They don’t want to know the truth because it’s inconvenient.

So they might say to themselves, “This person has delivered on their numbers and made me successful. So I’m just going to turn a blind eye to the fact that they don’t treat their people well and there’s all this churn in the organization.”

Lauterbach: More companies are describing themselves as mission-driven or purpose-driven these days. What is your framework for making that feel real as opposed to just empty words?

Peterson: That’s a big danger. A lot of leaders do say, “We’re purpose-driven.” Then I ask the question, “How does it translate? Show me your P&L and where you’re spending your money. Show me where you personally are spending your time. How are you dealing with your employees? Are you really investing your personal capital and your time and the company’s money on those things to deliver against that purpose?”

Sometimes there’s a disconnect between companies that talk about a lofty purpose even though they make widgets. But if you do make widgets, then maybe your purpose is in your communities. You’re training people, giving them good jobs so that they can take care of their community, their family, the people they care about.

Be honest about what your purpose can be, and then lean into it and demonstrate that you’re really doing it. I’ve seen lots of purpose statements that don’t translate at all. You need to make sure they translate into how people are compensated, and how they’re taken care of. What are you actually investing in to deliver against that purpose?

Bryant: You’ve served on both private and public boards. Can you talk about the differences?

Peterson: The obvious big difference in public boards is that you have to spend a lot of time on governance. Part of it is valuable, but the extensiveness of it means that the time we spend on it is probably not as valuable as it could be.

Private company boards are often smaller than public company boards, and the directors typically own the companies or have a massive financial stake in them. If you keep the board smaller, you’re more likely to have deep substantive conversations about performance and big strategic questions.

And they do often operate more like European boards, in that their decisions are often focused on the long-term interest of the company. So they are more willing to make investments that may lower growth and margins in the short-term but will pay off later.

You can do that in a private setting, because everybody around the table signs up for it. It’s much harder to deliver that message as a public company. Your stock takes a beating. And on public company boards, you need to feel like you can talk to anybody in the company and that the data and information you’re getting is not being curated to a very high level. That doesn’t happen in private company boards.