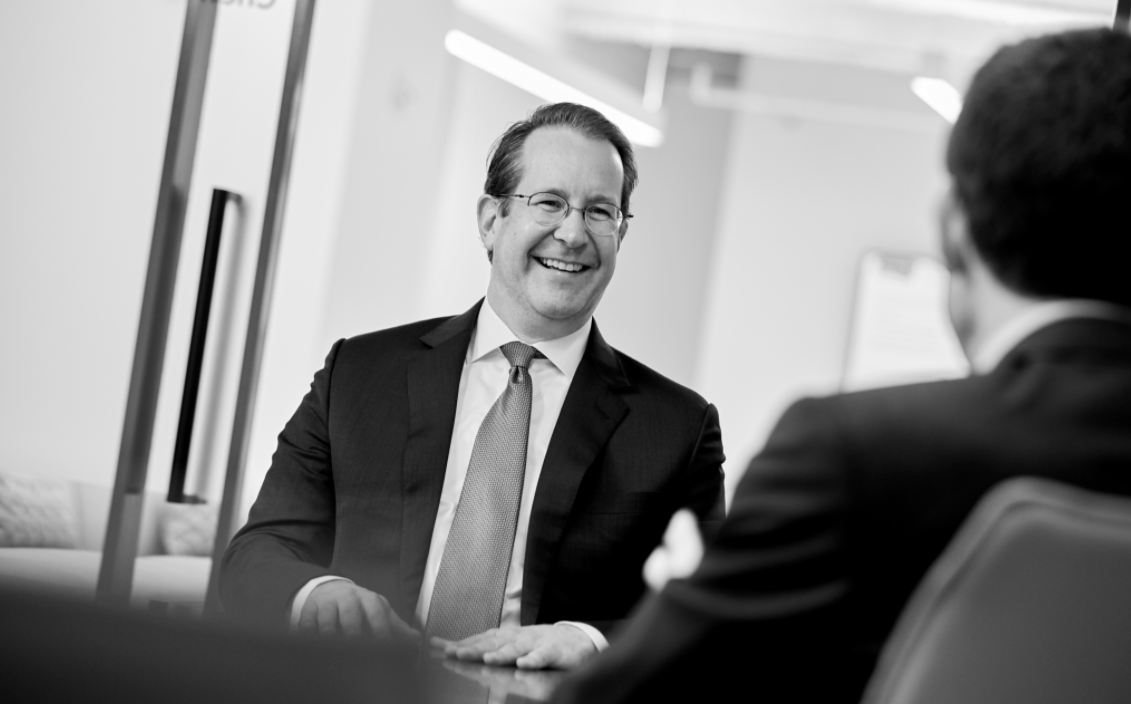 “There Is No One-Size-Fits-All Approach To Management.”​

Christopher Bogart, the CEO and co-founder of Burford Capital, shared key lessons he’s learned from his many leadership roles in my latest “Art of Leading” interview.

Q. What are the most important leadership lessons you’ve learned over your career?

A. I’ve been fortunate to have a really wide range of management and leadership experiences. I have been a startup CEO in a business with zero employees and I was CEO of Time Warner Cable Ventures, where I was responsible for tens of thousands of people. And it’s not just about the number of people — there were also big differences in the type of enterprise.

Many employees at Time Warner Cable worked in call centers and installed and fixed cable lines and so on. Those are important frontline jobs, but they are different kinds of employees than the people I work with now at Burford, where the revenue-generating side of the workforce are high-end lawyers, finance people, and seasoned veterans of corporate marketing.

So there is no one-size-fits-all approach to management. You have to tailor your management style and the management toolbox to the audience that you have and what you’re trying to accomplish.

You have to create those messages in an easy-to-understand, non-complex way.

In an environment like Time Warner Cable, motivational management is important to get people excited about what they’re doing, rowing in the same direction, and getting them to believe in a common cause. You have to create those messages in an easy-to-understand, non-complex way.

If I were to apply that management style at Burford, it would fall flat. Lawyers are professional skeptics and cynics. If I tried the rah-rah, rally-behind-me approach, it would simply not work. They want dispassionate, data-driven, and analytic leadership.

Q: Were you in leadership roles early on? What was young Chris like?

A: I was predominantly a debater and a Model UN participant. Those were my passions in high school, and I ultimately ran a big Model UN competition and competed internationally, as well.

Q: Tell me about your parents and how they’ve influenced your leadership style.

A: My mother had a fascinating career. She is one of the world’s experts on Braille and has been one of the people driving the adoption of a global standardized Braille language. She’s devoted her life to it and has had a good deal of success. She won the Order of Canada for doing it. My father was an accountant and worked in finance.

Because Braille is fundamentally something that is government-controlled in each country, I learned a lot from my mother about getting things done internationally. It’s about herding cats. It doesn’t matter if it’s Braille or a multilateral trade negotiation. It’s about trying to find a path forward through a vast number of differing views and opinions, often strongly and parochially held.

Q: Do you remember your first management role?

A. It probably started with the Model UN in my high school. I was in charge of this big, complex operation with hundreds of people I needed to engage, but without any real authority. At Western University in Canada, I was a student politician.

The student government there had many full-time staff members, and I was one of the senior people. So at a tender age, I was splitting my time between going to class and having an office and a staff and lobbying responsibilities at the provincial and national level.

Q. What are the top dos and don’ts that people should know about working with you?

A. Some of them are two sides of the same coin. The most important for me is to have a management team that is united and collaborative and pulling in the same direction. What is flatly unacceptable is a divided management team that engages in corporate politics and non-supportive behavior.

That is why I left Time Warner and became an entrepreneur. Time Warner was a fascinating platform for me and a great opportunity, but it was also a densely political environment. I spent too much of my day engaged in the necessary corporate politics to survive and advance and not enough of my day making a substantive difference in the business. Ever since then, I have been focused on building businesses that don’t have that attribute.

Q. What are the X-factors you’re looking for in people you hire?

A. An important one is the person’s ability to communicate. Are they able to make an argument and convey that argument? In many of our hiring situations, we’ll give people case studies to see how they write.

I’m not a big believer in long meetings and PowerPoints.

I want people to analyze issues and think deeply about them instead of just getting a bunch of people together in a room and having everybody give their knee-jerk reaction to something. I’m not a big believer in long meetings and PowerPoints. I’m a believer in sentences and paragraphs, and that’s how a lot of our internal communication and decision-making happens.

Somebody who tries to get their way by dint of personality, instead of cold analytics, isn’t going to play well in my world. I’m looking for somebody who is all about making the whole larger than the sum of the parts, as opposed to being the top performer and recognized by all as such.

In my experience, you can often weed that out by simply asking people to talk about their own successes. I’m listening for whether they talk about the support and participation of many other people, or are they trying to take sole credit for everything?

Q. If you were speaking to an audience of students who wanted to start their own companies, what would you advise them?

A. The first thing I would say is to not drink the Kool-Aid that the best approach to founding a business is to graduate and try to do it right away. There is real value in being exposed to a variety of other business experiences first. While there are certainly famous stories of college students founding startups like Microsoft and Facebook, there are far more stories of failures.

I strongly favor people getting some broad experience, and a variety of roles are particularly useful for that, including consulting, investment banking, law, and so on — jobs where you’re not just seeing one company and one industry, but where you’re bouncing from company to company and industry to industry for a little while. Anything that gives you a broad ability to see how other people do things and to learn rapidly from them would be my first piece of advice.

When aspiring entrepreneurs do start building a company, I would advise them not to try to grow beyond their capacity to manage growth, especially if they seem like they’ve latched onto something that is going to be successful and is going to scale quickly. There’s the temptation to try to seize the moment and grab every ounce of market share that they can. All too often, that leads to the business overextending itself and the founder losing control of it.

The third lesson is, don’t take the money that people offer you. Try to hold as much equity in the business as you can for as long as you can, and don’t necessarily believe that having a fancy term sheet from a VC fund is going to be good for you in the long-term.

Q. What would your advice be to a different audience — MBA students who want to climb the ladder at a Fortune 500 company?

A. Take the very best job that you can get coming out of business school, and don’t necessarily assume that you have complete insight into what you want to do or the best career path for you. Don’t pigeonhole yourself too early. Instead, take the job that is going to give you the greatest experience and challenge, and that will provide a strong hook on your resume for future employers.

Be prepared to be flexible. Don’t have a ten-year horizon. Go into something and then see if you like it. In today’s economy, there is not a penalty for people trying several things before they settle on what they want to do. It’s not necessary for you to decide coming out of business school that you want to be, say, a consumer marketer for your entire career. I would discourage people from thinking that way and instead encourage them to play the field.

Subscribe here to get all my future “Art of Leading” interviews.