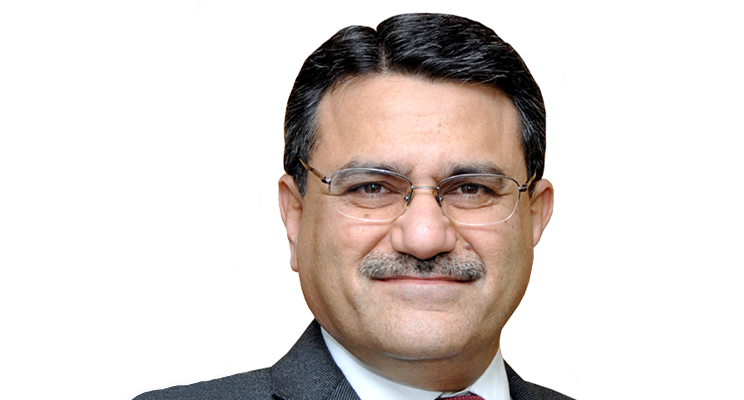 To Navigate Disruption, Leaders Must Unlearn What They Already Know

Q. What are the key leadership lessons for you from the last two years?

A. The last two years have been a global leadership challenge, for corporations as well as for political systems. It is now clear that the major disruptions will be a constant, whether from geopolitics or technology advancements. The impact could be bigger than the last 100 years, which means that all of us as leaders must be ready to face the impact and to minimize the side-effects.

Number one is the issue of empathy or compassion. Somewhere along the way, compassion in business slipped. We are human beings, and we must treat each other like that first before interacting with each other as executives or professionals. The idea of being kind to each other has come back, which I think will serve us better.

The second major change I have seen is frugality. Our generation had turned wasteful over the last 10 to 20 years. We were not worried because companies were making profits, but that approach has shifted. Companies, and especially young leaders, have embraced the idea that any cost that does not lead to value creation should be controlled or eliminated. That’s good for climate change, too.

The third shift is constant innovation. Young leaders know that consumers need constant excitement. Therefore, the high-quality innovation engine must be on 24/7, and it is the most important engine for the future growth of the business.

Q. What are the most common themes that come up when you’re mentoring?

A. It’s difficult to generalize because every individual has different strengths and weaknesses. It’s also linked to your childhood. I feel that what you did in your childhood, up to age 15 or 20, is crucial. That leaves a mark, sometimes positive, sometimes negative. As you grow and build a new business, it affects you. Sometimes it pulls you up. Sometimes it pulls you down.

Failure is a steppingstone to success. The learning is real-time.

Many people have a fear of failure. Young people are passionate and brave, but they worry how the world will react if they fail. How will they recover? I always tell them that failure is a steppingstone to success. The learning is real-time. My advice to all of them is don’t look back. Just look ahead to the new learning. Similarly, success is also not permanent.

I also see many of them trying to do too much. Because they are so passionate and enthusiastic and full of ideas, they always want to do everything. But I tell them that if you want a sustainable success, life is a marathon. It’s not about speed. It’s about sustainability. Therefore, whatever you do, do it systematically step by step.

Q. What were some important early influences that shaped who you are as a leader?

A. I come from a middle-class family. There were four H’s of our values. The first is value of honesty. My father and mother always told me that you can be dishonest once and you may have some advantage for a short period, but you will be at a major disadvantage later.

The second H is hard work. There are no shortcuts. If you are lethargic, you won’t have a future. And hard work includes smart work.

The third H is humility. Be grounded. As you grow in life, as you do well, treat everyone with respect because some day you may come down. You’ll meet all those people who you respected and treated well, and they’ll then treat you equally well.

The fourth and last is hunger. That’s why a lot of young Indian boys and girls from small towns and villages are succeeding all over the world — because they are very hungry to succeed and win every day.

Q. What are some key leadership lessons you learned?

A. The biggest lesson I had was to be courageous because courage leads to great decision-making. Courage leads to bold actions, and it inspires people. That doesn’t mean that you don’t go into details of all the risks and implications.

Being humble and grounded helps you relate to people.

At the same time, being humble and grounded helps you relate to people. If leaders can do that naturally, they’ll leave a positive mark. Another thing that’s also important is building a star team, not a team of stars, because a team of stars will not bond together. People must support each other for sustainable success.

A. I think the traditional interviewing methodology is faulty. You need to do a lot of due diligence. When I interview, I let people ramble. It’s important, because otherwise they don’t show their real self. I will ask about family because I think family background tells you a lot about people.

Second, is the mind open and flexible? Are they ready to change, and unlearn what they already know, especially as we face constant disruption? I place a higher priority on an open and flexible mind compared to an MBA degree or other big degrees. Degree structures your brain. It teaches you, but sometimes it takes away the openness of mind.

And how did they handle failure? If you handle failure with maturity, with prudence, with a focus on the lessons of the failure, you’ll come out stronger, and those are the leaders we want for better future.

Q. What are some other X-factors that separate up-and-coming leaders?

A. First, the passion and enthusiasm of these young founders and CEOs is much greater than in the past. It’s far ahead of what I saw 30 years ago. So that is an X-factor that leads the company to massive growth.

Second, they take full ownership of the result. They let nothing slip and are able to swiftly convert their learnings into outcomes. The third thing I see is that these up-and-coming leaders are much more part of the team rather than away from the team. When I started, there was a team and there was a leader. Now, the leader is part of the team.

Finally, the millennial generation I feel looks at the purpose of the company beyond profits, which is a positive change. Employees don’t want to work for a company that doesn’t have a purpose beyond profit, which is good for society.