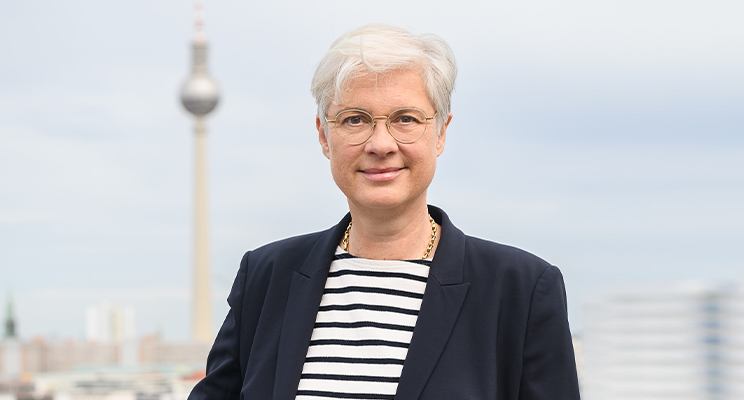 “We Ended Up With Questions, Because We Didn’t Have Any Answers”​

Eva Kreienkamp, CEO of  Berliner Verkehrsbetriebe, shares her key leadership lessons with Anastassia Lauterbach and Adam Bryant, in this “Leading Through Disruption” interview.

Lauterbach: What has been an important leadership lesson for you?

Kreienkamp: In my role, there are automatic boundaries, because no one sees me as a person. They see the function and the position. And so, in order to have normal conversations, it’s of utmost important to find common ground so that people see that we’re all human beings.

My first corporate leadership position involved taking over a team of five people. I had been their peer, and the way the team saw me changed the second I took over. It took me a while to understand that they stopped seeing me as a person and as their colleague but instead as the person who’s now in charge.

So I had to get them to remember that we had had a good time before, and we can do that again and still get our work done. That was the first time I realized that people filter what I say based on my title and level of responsibility.

Bryant: What are some tactics to use to level the playing field so that people see you as a peer?

Kreienkamp: One is seating. Do you sit at the end of the table as a sign of your importance? Or do you just sit anywhere? I always change where I sit so people realize that it’s not important to save me a chair, which you find in very hierarchical companies. And I have a lot of one-on-one meetings with my direct reports so that they understand that I’m interested in them personally and not just in the work they do. I want to build a level of trust so that they feel comfortable telling me things.

I also put people from different parts of the company to work on projects together. That way, people get out of their comfort zone to learn from one another. Everyone has to introduce themselves, say what’s important for them, and the culture of inside jokes goes away. That way, everyone gets a say and everyone can be part of the conversations.

Lauterbach: What were important early influences that shaped you as a leader?

Kreienkamp: My mother died when I was six years old. Basically, my childhood was over. From that point on, I was always having to make own decisions and being fairly self-sufficient, as my father worked all the time.

I also went to an English primary school at the age of five. I didn’t speak English then, and all the other students were children of the British Rhine Army forces. All those children called me a Nazi. Those two experiences gave me a sense of being completely nonstandard and also gave me a necessity of being really self-sufficient. Once you’ve gone through all that, and you learn to lead yourself, leadership gets easier.

Bryant: Leadership roles have become significantly harder since the start of the pandemic. How have you navigated these challenging times?

Kreienkamp: To prepare ourselves better for a more uncertain future, I knew that we needed to operate in a much more cross-functional and interdisciplinary way. So we had a workshop with my board colleagues. We ended up with questions, because we didn’t have any answers. We gave 80 questions to our 30 direct reports. And we told them their bonus is going to be defined in part by them working together to answer those questions.

It’s like they created a bible for the next few years that they can always reference.

There was a lot of resistance, and many people disapproved of me doing that. They expected me to know what’s happening in the future and to provide the vision, which is complete nonsense. It took them three months to accept the challenge, and then another six months to write something that can be put into some operational framework. That was an extremely important experience for me, as I had to figure out how to get a company that is so based on silos to do something completely different.

And from there, we had groups do pilot projects and sprints. We built our new vision and mission and strategy based on all that important work from last year. Actually, some of them still don’t understand that they created something of extreme value. It’s like they created a bible for the next few years that they can always reference. What did we think then? Is that still right? If not, can we change it? All that creates operational roadmaps so you have a direction, even if you don’t have all the answers at the moment.

Lauterbach: Could you share a few examples of those 80 questions?

Kreienkamp: One large block of questions was around the future of work, and what remote work will mean for a transportation company. What will remote work do to cities? What does that mean for our workforce, including our bus drivers? What does digital acceleration mean for the way you lead and how you recruit people? What does it do to our business model? Another big focus is decarbonization. What does that mean for a company that has used buses that are powered by fossil fuels for the last 100 years?