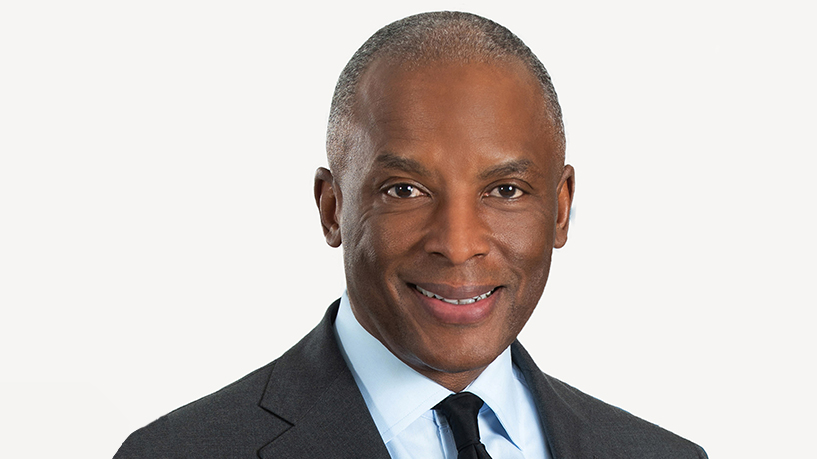 “Work Hard, Collaborate Well With Others, And Be Drop-Dead Curious”

Morris: Who and what were the biggest influences for you early in your life?

Womack: I would start with my grandmother. I spent a lot of time growing up with her in a town called Greenville, Ala., about 50 miles south of Montgomery. We spent a lot of time working outdoors in our gardens, and hunting and fishing. We had chickens in the backyard, and we grew okra, greens, corn, beans and other vegetables.

We did a lot of simple things. She had children who lived in Chicago and Detroit, and so we would drive 18 hours to get there. She would cook a big meal for us to eat along the way. I didn’t fully understand the reasons she had to do all that cooking ahead of time, but back in the 60’s, there were limited places for us to stop.

I learned very early to value the simple things in life, the value of a strong work ethic, doing what was right, and getting along with people. My grandmother always said that if I worked hard and played by the rules, I could accomplish whatever I set out to achieve. And my mother was a teacher, so there was a commitment in our family to the importance of education.

I share some of those beliefs inside our company — that if you do a good job with the job you have, if you get along well with others, and if you prepare yourself by being a good student of the business, there’s a good chance you will get more opportunities. That’s how it’s played out for me.

Bryant: Were you in leadership roles in school or college?

Womack: I was always president of student government, and I was always a leader in the protest movement at every stage of my life. I visited city council meetings early on, even in junior high school. I was doing what was instinctive and felt natural, because there weren’t really any leaders who were role models for me.

Most of the African American leaders I saw growing up were either preaching or teaching. My mother wanted me to be a teacher and I did some student teaching after college and realized it was not what I wanted to do. I did not have the patience for that and I never felt that calling to be a preacher. So I learned by watching other people’s approaches to leadership.

I was not intimidated by new situations. I became pretty confident in myself.

I started out as a government guy. I love politics. I love public policy. I love issues associated with the bigger challenges of life and trying to figure out how we do good for others. I worked on Capitol Hill in my twenties. I spent time with Tip O’Neill, and I spent time with Ronald Reagan. I’ve been in charge of the Capitol Police, and I’ve been part of security briefings for State of the Union addresses.

Morris: You are part of a too-small club of Black CEOs in the United States. What can and should be done to increase that number?

Womack: It’s all the things that people talk about – experience, exposure, development, the support of organizations to make sure that they are giving everybody a fair shake and a fair opportunity to be promoted into these roles.

Every organization has to hold itself accountable. My approach is to make sure that everybody feels like they’ve been treated fairly, that they have the opportunity to pursue any opportunity they want to pursue, and that they don’t get bogged down and burdened by somebody’s bias.

Bryant: Why is it so hard to have conversations about race, and what approaches have you used to have them?

Womack: Those conversations are hard and difficult because this issue has been in existence in our society for so long, and we have never really confronted it. We’ve never been comfortable talking about race. We’ve used language like diversity, equity, inclusion.

I talk about race, and my challenge inside of our organization is to help make people more comfortable having uncomfortable conversations. This country has struggled with this issue for decades, and we’ve made tremendous progress, some of it through new laws, and some of it through basic humanity, in terms of races better understanding and appreciating each other.

But we’re still not at that point where we as a country fully understand the issues of race. I firmly believe that we have a unique opportunity in this country to finally make a great big difference on this subject. We’ve never had all the stars aligned like we do now to say, okay, we’ve got everybody’s attention, let’s deal with this.

So I’m going to talk to a lot of people, and I’m going to encourage other people to do a lot of talking to people who are different, and to spend time listening and reflecting so that we better understand what is happening in the work environment. What is happening around recruiting? What are the barriers that are getting in people’s way?

What are the barriers that are getting in people’s way?

During one town hall meeting, some of the questions that were submitted were around the theme of, what’s the future in this organization for a White guy? And I said that the future is bright. Just because there are some people of color and some women getting some roles that may traditionally have gone to White guys, the future isn’t dead. You still have opportunities.

Morris: How do you resolve the tension of advocating for Black people because you believe it’s the right thing to do while some people think that you’re pushing your own personal race agenda?

Womack: I have started writing a book called Too Black but Not Enough. I have found myself in different environments with some majority people who say, “All you do is you talk about race and Black issues. That just seems to be a big part of your agenda.” And then, at the same time, there may be some minority contractor or applicant who was not hired who will say to be me that I’m not Black enough.

The book is not intended to have an answer to that dilemma other than to acknowledge that it does exist. One of the questions that was asked of me when I took this job was whether I was only going to talk about race. I knew the agenda behind the question. It was to try to get me to stop talking about race.

Back in 2000, we put a lot of work into trying to establish the business case for diversity. But I don’t think that is the platform or the foundation that we need for advancing these conversations and moving forward with these efforts. Yes, if you look at the latest census and you see the demographics in our country, there are compelling business reasons for why having a diverse multicultural employee base makes a lot of sense and is good for the business.

So I can very easily tell you that story and show you the business reason why this makes sense, but we also have to deal with hearts and minds and souls to make the case that it’s simply the right thing to do in terms of giving everybody a fair shake, with people not being burdened or held back because of their race, ethnicity, sexual orientation, or any other aspect of their life. We should all be accepted for who we are.

Bryant: The CEO job is evolving to be much more like a politician’s now, in that people are looking to business to solve so many of the challenges in our society. How do you think about that?

Womack: You’ve still got to be a good business leader. You’ve got to understand the fundamentals of the business and make sure you deliver on the strategy. I also think you have to be an activist as you serve in this role, and by that I mean being very active around employee issues and being able to communicate and navigate through all the social travails that are imposed on every organization today.

The issues that are on the street are now inside our doors.

We don’t have the luxury of leaving them to government, to churches, or other social organizations. We have to be a part of that conversation — not getting in the middle of politics, but being a good partner about community issues that really matter.

Morris: If you were speaking to an audience of young Black professionals, what is your best career and life advice for them?

Womack: I’m always careful about giving advice because people want a linear progression from Point A to Point B in their life and in their career, and it just isn’t that simple. It’s going to be a circuitous route. And so you have to work on those fundamentals of learning, working hard, and collaborating well with others, and being just drop-dead curious about a lot of things.