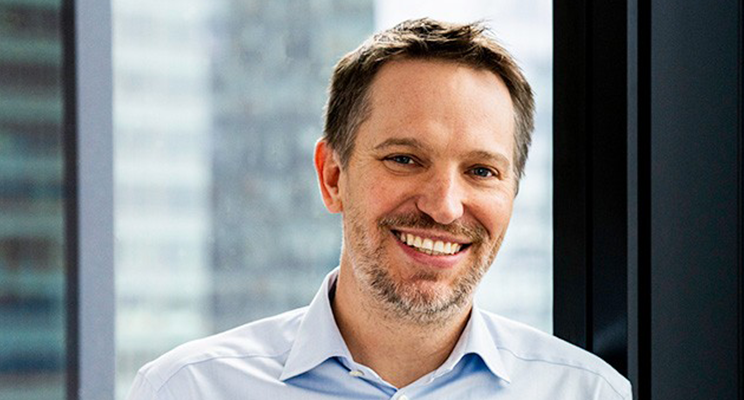 Q. The challenge of leadership has grown exponentially in the last two years, particularly as companies are being pressured to play a bigger role in addressing so many challenges in society. How do you think about that?

A. The new generation of CEOs are leading at a time when business has just completely been turned on its head. It’s a new world across the board, and it’s now up to every CEO to manage many more stakeholders. A recent Edelman study showed that people’s trust in business is now higher than in media or the government.

So everyone is hungry for corporate executives to show up on every critical issue in the world. And it’s now up to CEOs to break the cycle of distrust. It’s an opportunity to build a new relationship with employees, with stakeholders, ground it in a new set of values, and ensure that we’re all on a common mission of what we’re trying to accomplish.

Historically leaders could get by or be successful by telling people what to do and how to think. It was very top-down. The most successful leaders over the next decade are going to engage very purposefully in more dialogue to get the best answers and bring people along, especially for the millennial and Gen Z employees who expect that of their leaders now.

A. You have to find the signal in the noise and be able to clearly communicate why you’re making certain decisions. Taking the time to have a discussion, to hear different perspectives, often leads to better answers for the company. People want to feel that they’re part of the process, that they’re part of something bigger, but ultimately they understand that at the end of the day someone needs to make a decision.

Q. This environment of relentless disruption is not for the faint of heart. What about your background prepared you for this? After all, you stepped into the CEO role during the pandemic.

A. It’s never easy to become a CEO, period. The level of difficulty is raised when you become the CEO of a well-known consumer platform that allows for professional conversation to happen. The level of difficulty raises even further when you take over from someone like Jeff Weiner, who is one of the most inspirational and effective leaders of all time. But I knew that coming into this job. What I didn’t know is that I’d be taking the job during a pandemic, during a time of civil unrest.

You can only learn to be a CEO by being a CEO.

You can only learn to be a CEO by being a CEO. I’ve managed large businesses before, but until you’re actually the person in the seat, you don’t really know how to do it. I learned some important lessons from my parents, who were hippies living in Lake Tahoe when I was born. When they had me, they realized they needed to do something with their lives, and they became entrepreneurs. So I learned early on what it looks like to be entrepreneurial, to make your own way in the world.

I started playing tennis at an early age, and in eighth grade I moved to the Bollettieri Tennis Academy in Florida, even though my parents were still living in California. I was in an environment with the greatest teenage tennis players in the world, and that experience really helped me to learn how to think for myself.

Q. What are the key leadership lessons you’ve learned in this role?

A. Courage is an extremely valuable skill right now. It’s about having the courage to make a decision when there are simply no good or easy decisions to make, particularly because of Covid. What do we do with the offices? Keep them open? Close them down? Masks? No masks? Vaccines? No vaccines? It’s a constant set of decisions that you’ve never faced before in your life.

It’s easy to get caught in this pattern of wanting to wait for more information, but it’s critical right now that you have the courage to just make the decision and move forward. I see a lot of people who struggle with that.

Q. Just to build on that, what other qualities are the X-factors that will separate the future leaders of LinkedIn?

I also look for a quality that I call pragmatic optimism. The world is crazy right now – COVID, politics, war. As a leader, you have to be able to paint a positive vision for the future in order to get people to want to join you and follow you, but you can’t be Pollyanna. You have to be clear about the state of the world, and be clear about what we’re going to do about it. You have to look forward, not backward. It’s going to be a really valuable skill moving into the next decade.

Q. What are the key questions you ask when you’re interviewing job candidates?

A. The first question I ask is, “If a friend or colleague who had never heard of LinkedIn before asked you, ‘What is LinkedIn and what is it for?’ what would you tell them?” That helps me understand someone’s ability to communicate. Some of the most valuable insights I’ve ever gleaned about the strategy of LinkedIn have come out of that question.

The second question I ask is, “What are you most proud of building or starting in the world?” After all, a company like ours is all about building and innovation and what comes next. And I often get answers like, “What do you mean?” But others will talk about a club they started in high school or an app they created in college. Someone who is excited about creating something that never existed before in the world is, in my opinion, a really good sign of someone who’ll be successful in thinking outside the box and creating a future for our company.

A. When I was little, my dad, who was in sales for a number of years, kept a cutout of this Shakespeare quote on his phone: “When the sea was calm, all ships alike showed mastership in floating.” At the time, I just figured it was a quote about boats.