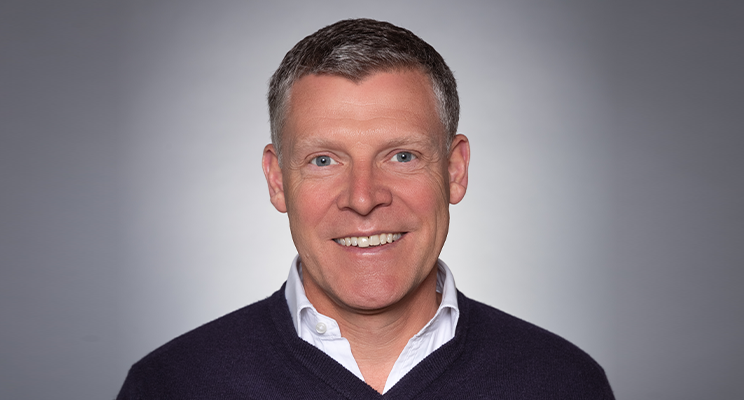 Lauterbach: What are the leadership muscles that you built during the last two years that you want to take forward?

Schellekens: Many organizations have long talked about the importance of taking care of your people and doing the right thing. I’ve always believed that but these ideas become very real in a crisis. That approach pays off in amazing ways, and you forget that sometimes when you don’t have a crisis.

The second lesson is that what is possible under normal circumstances and what is possible under crisis circumstances are very different. Large companies operate in a certain way, and things that we believe are not possible suddenly are possible in crisis situations. You can do much more. In times of crisis, there is this residual capacity that you can tap into. Can you sustain that for the long-term? I don’t know, but humans can actually do much more than we believe or they believe themselves.

Bryant: How do you see the role of the CHRO evolving?

Schellekens: The impact areas we always focus on — talent, first and foremost — is super important, as is team and organization effectiveness. You can have great people, but I’ve learned that you can turn great people into average players because of the team they’re working with and the organization construct. These things need to be balanced. The third area is about building capacity and capability in an organization, and the fourth area is about culture — the way people feel about the company.

But there is one more. We run an HR shop, and the employee experience is super important. It needs to be intuitive, digital and mobile-enabled, and we need to make sure that they’re really good so they’re not distracting people from their jobs. Digital talent and digital ways of working are big areas of focus for me. How will digital or technology shape the future of our company? What are the implications for different roles and how we work?

Another big shift I’m seeing is how we will lead in the future. The pandemic, as we’ve been in each other’s home through video calls, opened up a new reality that you should not treat someone as an employee; you should treat them in a more holistic way, as a human being.

Lauterbach: How does ESG play a role in your strategy and the way your function is structured?

Schellekens: That’s another massive shift. You feel the demands from your employees and from society. What do you really contribute to society? You need to demonstrate that you’re a positive contributor and not an extractor from the planet.

The younger generation is very astute and very passionate.

And it’s quite personal. I have a son who’s 20 and twin daughters who are 17. At the dinner table, they will ask, what do you do for society, what do you do for humanity? The younger generation is very astute and very passionate. And people want to know what you’re doing in practical terms. This is a show-me world now. Demonstrate what you do. People are not interested in beautiful stories. You have to back it up with real action.

Bryant: What are key points of advice for a new CHRO?

Schellekens: First, don’t take yourself too seriously. Second, I sometimes feel like we’re not checking enough on the impact on employees of what we do in HR. We have a lot of gadgets and tools, but you have to meet with employees to ask about them. It’s always humbling when you learn that some of the things we build, which we think will have a big impact, don’t have much of an impact. So have a healthy skepticism and curiosity about what really makes an impact on a day-to-day basis, and that should drive your decision-making.

The third one is, don’t let yourself be defined by your profession. You’re also responsible for the broader organizational agenda. So be curious and build skills and capabilities in different functional domains, and have the courage to voice your opinion.

Lauterbach: What are the key lessons on working with the board of directors?

Schellekens: Boards are getting more and more interested in the HR space — talent management, the Great Resignation, racial equality, and diversity. All these topics are very top-of-mind for boards. I also believe in seeing director as advisors and challengers.

If you have that mindset and you’re open about dilemmas and the things that work and don’t work, they tend to give you great feedback and insights, and they are very supportive. But it requires a bit of courage as well, because you have to make yourself more vulnerable.

Bryant: What were important influences that shaped who you are as a leader today?

Schellekens: I went international early on. I’ve lived in seven countries, and my first international assignment was in Poland in 1991, just after the Berlin Wall collapse. I worked for AT&T, which had bought the largest telco company in the country. The executive who bought it wanted to have an HR person. I was way too junior for the role, but I was willing to go.

It was an amazing opportunity because I had to rethink everything. There was no such thing as HR in Communistic Poland. I had to build this new function, and I had to completely reinvent myself professionally. I couldn’t copy/paste anything I had learned before. That was a massive accelerator in my life. Afterward, I went to South Africa in 1995, and that was just after apartheid had collapsed. And once again, I had to reinvent myself on a personal and professional level.

Those experiences were very formative, and they inform my thinking about talent, and how you need to take risks and throw people into big roles early on. Every senior executive you meet will tell you a similar story, about how they were thrown into a big job at an early age. They were all sponsored by someone who pulled them up and put them into a big job that they weren’t prepared for, and that made all the difference in their lives.

Nobody’s really prepared for anything. You do the job to get understand how to do the job.

Many times in companies we talk about how somebody is not prepared for a job. But nobody’s really prepared for anything. You do the job to get understand how to do the job. That risk-taking is super important.

I also learned many lessons early on about the effectiveness of individuals, teams and organizations. That’s deeply ingrained from my experience in Poland. In the Communist system, basically everybody was seen as equal, so you hired the best and brightest and turned them average. And the system always wins.

That’s why I have this deep obsession with making sure that you build a system where individual effectiveness can come to its greatest potential and not stifle that. Processes and systems are sometimes killers for individual brilliance. In HR, we tend to like systems and uniformity and processes and equality, but they’re not always great attributes for making individual talent flourish.

Innovation and creativity happens at the extremes. So how do you create space in an organization for the kind of antagonistic people, which large organizations don’t like normally, who drive innovation and creativity. How do you build a system that allows for that? Yes, those people are complicated, and they can be hard work to manage. But they are often the innovators.