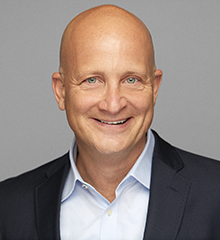 Harry Feuerstein is an accomplished corporate executive, professional sports team owner and operator, and former U.S. Army officer. Currently, Feuerstein is the Global President of The ExCo Group, and is also a member of the firm’s board of directors and executive management committee. His current work includes mentoring Fortune 250 executives in the technology, financial, and manufacturing/ distribution industries. He also leads The ExCo Group’s team practice where he works with many leadership teams and cohorts in multiple industries.

In addition to his work at The ExCo Group, Feuerstein continues advise companies in the venture capital, renewable energy, technology and sports industries.

Over his 30-year career, Feuerstein has held executive roles and served as a board director for numerous market-leading, multinational corporations, as well as investment/merchant banking and privately-held firms. In addition, he has successfully grown and launched companies of his own.

Feuerstein spent 11 years with Siemens where he was a CEO and CFO with four different operating groups most recently serving as President and CEO of Siemens Government, Inc. (SGI). Prior to SGI, he was CEO of Siemens Real Estate in the U.S. and Canada and he was also Executive Vice President, CFO and head of operations with Siemens One, Inc., the cross-marketing arm of Siemens USA in the areas of energy, infrastructure, healthcare, and other private and public sector vertical markets. He also served as CFO and head of operations for Siemens Shared Services. Additionally, Feuerstein served on the Global Public Sector Board and Board of SSL India.

Prior to Siemens, Feuerstein was the CEO and a board member of a subsidiary of Canadian-based TrizecHahn, and was a managing partner at National Capital Companies, a Washington, DC-based merchant banking group.

Feuerstein has also been an owner and CEO of two minor league professional sports franchises in hockey and arena football, and served as the Vice Chairman for two different professional leagues’ Board of Governors. His background extends to working with many Olympic athletes through his related sports entities. Feuerstein draws on his winning sports industry experience in addition to his military and business experience for his work mentoring top executives and driving leadership team effectiveness.

Feuerstein began his career with Touche Ross (now Deloitte) working in both audit and tax. He also spent 13 years serving as an officer in the U.S. Army Reserves. He earned his BA from Washington & Lee University and an MBA from Hofstra University.