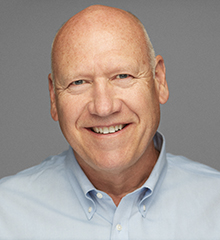 Howard Bubb is a transformational Fortune 100 corporate executive, CEO, and board director. He brings more than 30 years of experience in leading companies through IPOs along with strategic repositioning, as well as building businesses, integrating them across large, complex, multinational companies to achieve exponential growth and dominate market segment share. As an ExCo Group mentor, he has worked with C-suite executives and senior leaders in multiple industries.

In addition to his work at The ExCo Group, Bubb serves on the board of Napatech (OSE: NAPA), a leading supplier of data delivery solutions in the network management and security industry, based in Denmark. He is also the CEO of SARTA, a nonprofit organization that links technology leaders, entrepreneurs, investors, service providers, community organizations and educational institutions to accelerate the growth of the technology sector in the Sacramento region.

As Corporate Vice President of Intel Corporation, Bubb also served as general manager of the Communications Infrastructure Group (CIG) where he transformed the global business from a mix of acquisitions into an integrated and cohesive $1.7B business unit. During his tenure, he took more than 40 acquisitions and spearheaded a massive restructuring of the business, successfully completing a bottom-line turnaround in less than two years. Under his leadership, this division rapidly grew to the number one industry leader in all four markets: network processors, embedded application processors, 10G optical modules and modular communications platforms. In addition, the group became one of the highest growth businesses at Intel for several years.

Most recently, Bubb served as president and CEO of Netronome, a leading developer of semiconductor products, where helped grow revenue eight times, selling non-strategic assets, and moving the company to breakeven status.

Bubb recently served as Chairman and CEO of Ambric until its acquisition. He was responsible for turning around this semiconductor startup that created the world’s fastest media processor.

After beginning his career and first leadership roles at United Technologies, Bubb led numerous other organizations as CEO, Chairman, or vice president and general manager. He grew Lexar and Memorex Telex to either acquisition or stand-alone capability. In addition, he was CEO of Dialogic Corporation, where he led the company through its IPO and years of rapid growth. He joined Intel after their acquisition of Dialogic.