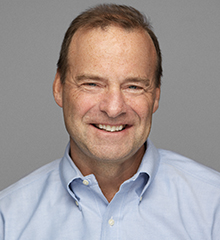 Jim Mannebach is an accomplished global CEO. Formerly, he served as a divisional president, CFO, and Corporate Officer with Emerson Electric. He brings more than 30 years of multinational leadership experience in operations strategy, lean manufacturing, global sourcing and supply chain optimization. At The ExCo Group, he mentors C-suite executives in the aerospace, technology, professional services and energy sectors.

In addition to his work at The ExCo Group, Mannebach is the founding partner of a private equity group focused on small and micro-cap industrial and distribution businesses.

As global president and CEO of Norgren, an IMI plc company, Mannebach led this world leader in air and motion control, operating in all major global markets, with 30 international manufacturing locations, a sales and service network in 75 countries, and more than 7,000 employees. During his tenure, Mannebach led revenues greater than $1.4B, growing sales volume by 74% over a four-year period. In addition, he was responsible for concurrently doubling the company’s operating profit margins.

Mannebach has also served as the group vice president of Roper Technologies’ Industrial Business segment. While at Roper, he had P&L responsibility consisting of eight U.S. and European based businesses. He was also an active participant in Roper’s aggressive acquisition-led value creation strategy, leading its largest acquisition of Neptune Technology Group ($475M transaction value) and subsequent successful integration.

Prior to joining Roper Technologies, Mannebach spent 15 years at Emerson Electric in executive management and financial leadership roles for multibillion-dollar, global businesses. As a Corporate Officer, he participated in hundreds of acquisitions and divestiture assessments and deals. He served as Emerson’s corporate vice president, president of Emerson’s Process Flow division, and president of Micro Motion. In addition, he was CFO of Fisher-Rosemount and vice president and CFO of Xomox Corporation.

Mannebach is a CPA and began his career in public accounting at what is now Deloitte. After advancing to the level of audit manager, he continued his career at Emerson Electric.

Mannebach earned his undergraduate degree in Business Administration from the University of Missouri and holds an MBA from Washington University in St Louis. He is married with two children.