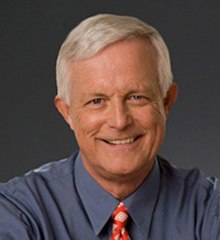 Kevin Sharer has a distinguished career as a successful CEO and Board Member. He is currently a senior lecturer at Harvard University Business School and continues to mentor a select number of senior executives. Either as a Chairman, independent director, or mentor, Sharer has been a part of more than 20 successful CEO-successor transitions.

He has served on the Board of Directors of Chevron Corporation, Northrop Grumman Corporation, and 3M Company, as well as being Chairman of the Board of the Los Angeles County Museum of Natural History. He is currently on the board of the US Naval Academy Foundation. Previously, Sharer led Amgen for 20 years, first as President and then as CEO for 12 years. Under Sharer’s leadership, the company achieved annual revenue of $16 billion with operations in 55 countries. During this time of tremendous growth, Amgen was recognized as among the world’s most innovative as well as largest biotechnology companies.

Before Amgen, Sharer was Executive Vice President of business markets at MCI. His career also includes being a General Manger of several GE business units, and he was on the Chairman’s staff. He also spent time as a consultant working at McKinsey.

Prior to his time in the corporate world, Sharer served in the United States Navy where he was on two fast-class nuclear submarines including a tour as Chief Engineer on the USS Memphis. He left the military with the rank of Lieutenant Commander.

He is a Naval Academy graduate and has a master’s degree in aeronautical engineering and business. He lives with his wife in Boston, Massachusetts.