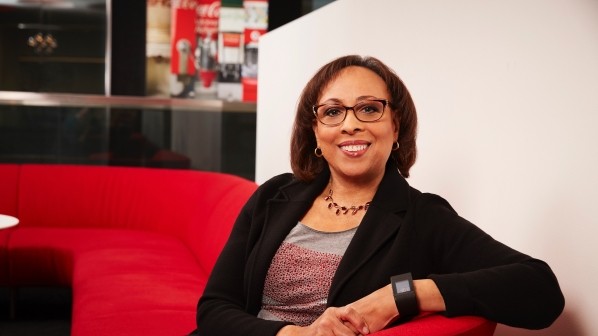 “The Richer Conversations Often Happen Outside Of The Board Meeting”​

Kathy Waller, the former CFO of Coca-Cola and a director at companies that include Delta Air Lines, Beyond Meat, CGI, and Cadence Bancorporation, shared smart insights from her boardroom experience with Adam Bryant and David Reimer, CEO of The ExCo Group. We are also lucky to call Kathy a colleague, as she is now an ExCo Group Mentor.

Reimer: What are your filters and frameworks for deciding whether to join a company’s board?

Waller: If I’m leaning toward joining a board, I have a conversation with the CEO, with other board members, and sometimes with people like the CFO or the general counsel. It’s about the culture of the company and whether it fits my personal values.

I also do research about the company to find out if there’s anything that would give me pause, or whether there might be an activist who’s going to come in the stock soon. If I were on the board already and it happened, that’d be fine. Having lived through that, I’m not looking to join a board that has enough problems to attract an activist.

Bryant: I’m sure you learned a tremendous amount from dealing with an activist when you were CFO of Coca-Cola (investor David Winters argued that the company’s equity compensation plan for employees was excessive). Is there a playbook you can share on how to engage constructively with an activist?

Waller: What I’ve found is that an activist has a perspective that they don’t necessarily want to change. They’ve done a lot of work and research before they even contact you. As a result, they’ve dug into their position, and it will be difficult to change their mind about how they see your company.

Most of the time there’s a hidden agenda, and dealing with an activist is going to take a lot of time and energy, which comes at the expense of other important things. You’ll never get that time back, regardless of how it turns out.

Reimer: Talk about your approach when you’re starting to work with a new board.

Waller: I am a relatively quiet person. I learn a lot as I listen, but I do believe in interjecting if a point’s been missed or if there’s a nuance about an issue that I want to point out. I never liked prolonging meetings for the sake of prolonging meetings.

I also believe in creating relationships, and so I make sure that I am meeting other board members and learning from them. The richer conversations often happen outside of the board meeting. It’s about making sure that people understand where you’re coming from and that when you have something to say, you speak up.

Reimer: Many boards are having more conversations about diversity and race, particularly after the horrific events of last year, including the killing of George Floyd. What’s your guidance on how to have those conversations?

Waller: It depends on how courageous the CEO is or is willing to be. My suggestion would be to start with helping people understand that we all know it’s a difficult topic. And you put people on notice that you’re not going to accept it being shut down. That means they’re on guard to not be the one to do that.

Then make sure that people understand that if anybody says something that is upsetting to another person, they’re going to forgive you. They might say to you, “I find that offensive for this reason,” and then you’ve got to talk about it, but they’re going to let it go. Set the stage so that people understand it’s okay to say something, even if they’re not sure how to say it, because it’s better said than not said.

You’ve got to give the conversation time.

And you’ve got to give the conversation time. It’s almost more appropriate to do it in a retreat-like setting. You need time to get people comfortable, and you need to get them talking. And if you’ve got to shut it down because you’ve got five other topics to address, it doesn’t work.

There are all kinds of fears in that room that are not easily understood and have to be put to rest before that conversation can really happen. It needs time. It’s not an easy conversation at all. It’s never going to be.

I’d rather you be angry with me but have the information you need than like me and not understand that you’ve got a problem or that you need to know something that could help you in your career.

I am direct, and I’ve always been direct.

Otherwise, if people don’t understand that there’s a subsequent conversation when they get to come back and talk about what they heard from you, they’ll never let you get the words out. They stop listening and they start defending themselves from the very beginning and there’s nothing you can do about that.

Every individual is worth those conversations — maybe they’re in the wrong job or they don’t have the information they need about their performance. It’s remarkable how many people go around thinking that they’re doing a good job but their boss doesn’t think so.

If their boss never tells them and they end up getting fired, then they don’t understand why and they take that experience to the next job, where the pattern repeats itself and they become more bitter over time. It’s up to us to stop that. That’s why we’re managers. That’s our job.

Waller: I grew up in an environment where everybody around me was Black — elementary school, high school and my neighborhood. And then I went to the University of Rochester, where the Black student population was about 5 percent. It was a culture shock.

I learned a lot, and I spent time with people who were focused on helping that 5 percent of the population survive there. That’s where I learned about what you can do and need to do to help people to develop in order to survive in situations where they are the minority. Because I spent time in that kind of environment, I knew what it feels like to not have that level of support.

That helped to create a sense in me that this needs to stop. And if it’s up to me, the person’s going to understand what they need to do in order to develop and be successful. It probably comes from a place of being misunderstood and not being supported after a lifetime of being totally supported. I said to myself, “This isn’t right, and something has to change.”