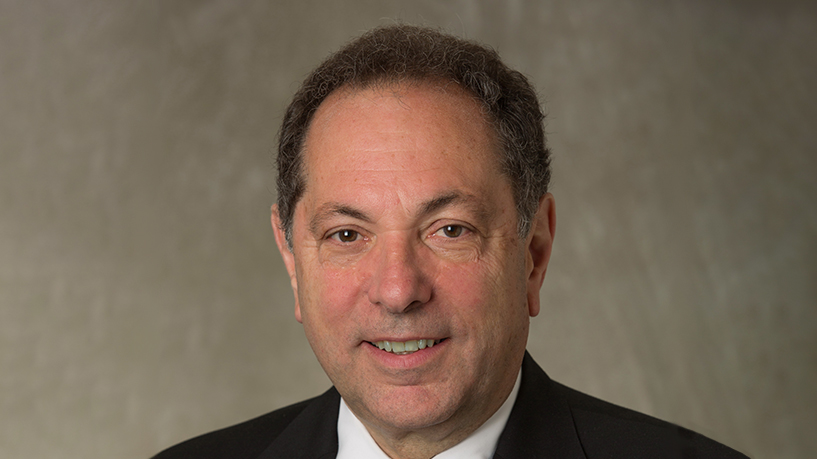 “As The Leader, You Have To Instill Confidence Behind Making Decisions.”​

Thomas Costabile, Executive Director/CEO of the American Society of Mechanical Engineers, shared powerful career advice and insights with me and David Reimer, CEO of The ExCo Group, in our latest “Art of Leading” interview.

Reimer: What were some important early leadership lessons for you?

Costabile: I’ve always been a people person, and yet I went into engineering. I always liked taking things apart and putting them back together, and the same is true for putting the right group of people together to do something. When I was younger, most of my friends came to my house to hang out.

My parents were very open about welcoming them, and there was always something to eat so that was never a problem. Coming from a large Italian family, you learn the fine art of sitting down and developing ideas and negotiating during a meal together.

When I went to college and started my career, I was always the type of person who, if somebody had an idea, I would start to think about how we would do it. Others might be worried about where they would get the funding for the idea, but I wouldn’t worry about the money.

My approach was to figure out what we’re going to do and how we’re going to get it to work first. One of my idioms is that smart money follows smart ideas very quickly. And early on, I learned that to be a good leader, you have to listen a lot, but you also need to know when to stop listening and then just go do something.

Bryant: How did you shift from engineering into leadership roles?

Costabile: You’ve got to be in the right place at the right time. When I started out as an engineer, I went to work for an architectural engineering company in New York City. We were designing nuclear power plants. I was asked in my third week on the job if I wanted to go to Puerto Rico for six weeks and do a site survey with the group.

I was always well-organized, and we accomplished in two weeks the work that was expected to take six weeks. The team gave me credit at a meeting back in New York. By the way, the chief engineer started yelling at me because we were paid by the hour. But my skill was being able to bridge the technical side of the problems with putting the right team together and making presentations. And an important lesson about making presentations to potential clients is to be prepared if they say yes or no.

Reimer: In all your roles, what is your approach for building and assessing members of your team?

Costabile: If you want great results, you have to surround yourself with great people. When I joined ASME, I took 30 days to interview 100 different people at the top of the organization. By that point, I had already developed a plan based on what I thought was working and what wasn’t working, and we had detailed conversations in terms of my expectations.

I have to have people who are comfortable debating with me.

I would say in those meetings, “This is my view of the situation. Tell me yours.” And I always led with my opinion first because it created an intimidation factor. I have to have people who are comfortable debating with me, and I wanted to set a level playing field for a constructive conversation about growth.

Bryant: What should a new direct report know about working with you?

Costabile: I like to start with the idea we all have a job to do, and there’s a certain responsibility and authority that goes with that, and I expect you to use that wisely. If you’re not comfortable in a situation, I tell people to pick up the phone or send me a quick email and let’s talk about it. Eliminate the surprises as much as possible.

And don’t be afraid of making the wrong decision. I’ve spent a lifetime trying to convince people of that. Go out and do what you think is right. Know what the assumptions are. Don’t be afraid. Go do it. And during the roughly 40 years of my career, that approach has worked. I can count the losses on one hand.

Reimer: What’s the hardest part of leadership for you?

Costabile: The loneliness at the top. You can surround yourself with a great team of individuals, but I learned a long time ago that while I’m the leader of that team, I’m not a member of the team. As the leader, you can say and do all the right things, but at the end of the day somebody has to make the decision and be responsible for it.

Part of managing successfully is that I can’t afford to have a bad day, and so sometimes I have to figure out who to talk to about my challenges. In my case, it’s usually one of my two dogs. They’re very smart and they always listen.

Costabile: As the leader, you have to instill confidence and speed and security behind making decisions. If you’re going to sit and think about something for three or four weeks, the landscape will have changed.

Then you can come back to them later and ask how the plan worked and whether anything should be changed. You need to trust the individuals you’ve empowered to do the work, and give them the best answer, which is one word: yes.

You need to trust the individuals you’ve empowered to do the work.

I like to tell the story of when we were building a brand new facility in Eugene, Oregon, for the Sony Corporation. Whenever we do site selection, I like to meet some of the educators at the local schools and colleges, because I want to learn about the workforce that we’d be able to tap into in the local area.

I met the superintendent of the Eugene School System, and a couple of weeks later at a fundraising event, he came up to me and asked, “Would Sony consider doing a yearbook for us on CD-ROM this year for 1,500 students?” I said yes, but added, “One condition. Have the students make a presentation to me and my staff, and then we’ll go forward with it. But don’t tell them I said yes.”

So we set up the meeting and all these seventh, eighth, and ninth graders came in to make the presentation. At the end, a young lady named Amanda made the ask: “Mr. Costabile, would you consider making 1,500 CD-ROMs for us?” And I said, “Yes.”

There was dead silence. I looked at the superintendent and said, “You forgot to practice what should happen when I say yes.” He burst out laughing. He says, “You’re right.” I’m still in touch with Amanda, and she always signs her notes to me with “yes” at the bottom.