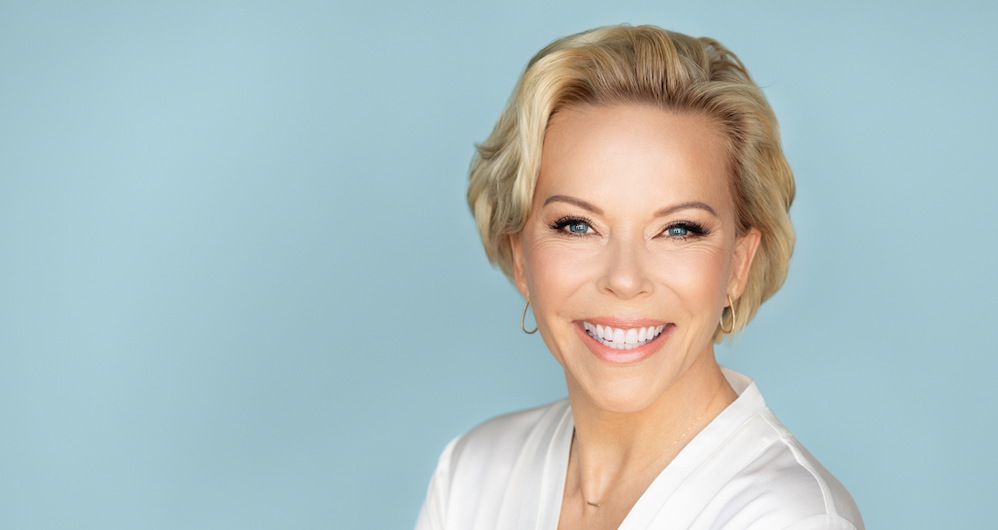 Every time I talk to Saundra Pelletier, the CEO of Evofem Biosciences, she knocks my brain around with her powerful insights about leadership. A must read.

Q: What have been the key leadership lessons for you from the past 18 months?

Because we were so disconnected and remote, sometimes I just needed to say, rather than collaborating to find a solution, “Here’s what the goal is. Here are the options to get to the goal. Here are the positives and negatives of each of these, and let’s figure out what’s going to be the best option for the company.”

Before the pandemic, I wouldn’t be so prescriptive. The pandemic has taught me that being prescriptive can be a positive. It can help people get to the right outcome faster. If, for example, the goal is “blue,” then we don’t need to talk about pink or red or yellow. Let’s just talk about the shades of blue and how we end up at blue. Let’s forget about going down rabbit holes. That was a big lesson, and I’m going to keep doing it because it seems to get better results.

Q: Push that too far and it becomes like command-and-control leadership. How do you think about that balancing act?

A. I’m all about upfront communication to explain the “why.” If it’s an issue like raising capital, that is the foundation of the house, and so I’m going to be a little more prescriptive than I would like to be. I don’t think I’m becoming a dictator, and I say that up front ­­— “For those of you that are thinking that the dictator has arrived, know that she has not.” I use a balance of humor and brutal honesty. People like it when I say what they’re thinking, and so I’ll introduce the elephant in the room.

Q. How do you make sure your leadership team is operating like a true team?

A. I have a 15-minute check in every two weeks with each person on my executive team, and it’s another moment of brutal honesty. If somebody seems short-tempered or agitated in our meetings, or if somebody seems reluctant to make hard decisions, I’ll ask them why so we can adjust.

I’ll keep it short and sweet, and then joke, “Good talk. Good talk,” and they will roll their eyes. They may want to make a voodoo doll of me when they go back to their office, but in my review at the end of the year, every single one of them said the most constructive interaction they have with me is in these 15-minute talks because they never have to guess what I’m thinking, and I give them a perspective that they’re sometimes not seeing.

Q. Have you always managed that way?

A. It’s been a huge evolution for me, and it happened after my cancer diagnosis three years ago. Cancer probably changes everybody. It changed me forever — I get up every day feeling grateful that I have this second chance and that I better do something with it. But cancer made me realize that I need to stop beating around the bush with people. Just say what you’ve got to say and say it with kindness. Make sure they know you’re doing it for the right outcome. It’s been cathartic for me.

Q. Did everybody react well to your new approach?

A. After I got better, I sat down with the team and said, “Look, I’ve had a lot of time to reflect, and there are some adjustments I want to make. I want to operate very differently than in the past. The reason I’m telling you is that some of you are going to be caught off guard. Some of you are not going to like it. Some of you are going to love it. You can’t please everybody, but this is the right approach for me as a leader. It’s going to be truth serum time around here.” Every person on my executive team stayed except for one.

Q. We’re hearing from a number of CEOs that members of their team showed up in surprising ways during the pandemic. Did you?

A. That has been very eye-opening for me. This pandemic brought out levels of fear and paralysis in people who operated seamlessly in a live, connected environment, but who were just incapacitated when they were remote. It was hard to determine who those people were going to be, because you never saw that in a normal work setting. It is one of the biggest shocks that I’ve had in my entire career. We actually had attrition because of it.

It is one of the biggest shocks that I’ve had in my entire career.

But there were some people who surprised me in a positive way. They stepped up and were strong in a way that was awesome. They had quiet confidence that they didn’t have any opportunity or reason to show before. These were the quieter people who are not showboats. It made me give them opportunities that I might not have given them before.

Q. Has that affected your approach to hiring?

A. It has been so sensitized. I very much look for the realness and the rawness in conversation with candidates. I asked HR to change the way we interview candidates, too, to focus more on how they reacted in different situations in the past.

Q. If you could only ask somebody one question in a job interview and decide based on their answer whether to hire them, what would it be?

A. I’m still using the same question I’ve used for years: If money, time, and talent were no object, what would you be and why? You learn so much about people from their answers. They tell you stories that you would never hear after working with them for five years. Their answers will tell you whether or not they’re a fit for your organization.

The diversity of answers is extraordinary. What I really listen for is whether they are able to answer the question based on who they are, not what they think I want to hear.

I try to assess their happiness quotient, because happy people make your culture better.

One woman told me, “I’ve always hoped that one day I would wake up and have the courage to be an artist through food. I’ve always wanted to be a culinary chef. I go to different cooking schools around the world. I have dinner parties for my friends. But I came from such a meager beginning that I’ve worried that I could never make a living doing that. I balance that with my financial responsibilities, and I’ve decided that acceptable. I’ve decided that I have the best of both worlds.”

Her story made me understand that she is logical and solid and balanced, and that she’s not settling. I think so many of us have these interesting hopes and dreams that are just unfulfilled, but what do you do about that? Are you upset? Do you feel like life passed you by? Do you feel like it’s a burden? So I try to assess their happiness quotient, because happy people make your culture better.

Q. And your answer to that question?

A. If I could do it all over again, I would have gotten into politics early and I would be the first woman President of the United States. I used to want to be a jazz singer, like Nina Simone, but I’ve given up on that.