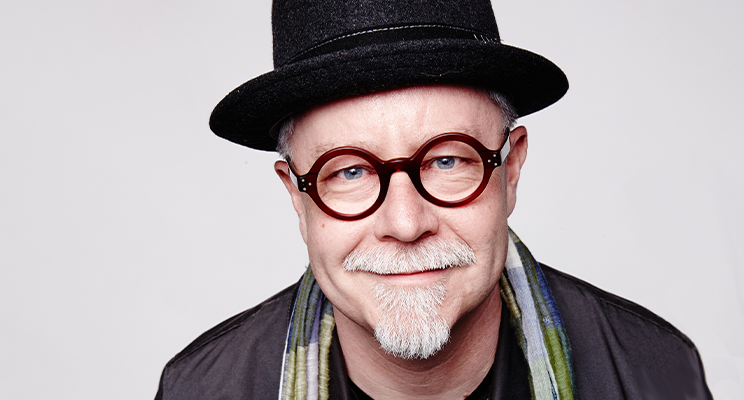 Confidence Means Having The Courage To Ask The Right Questions

Tim Brown, the co-chair of IDEO, shared his key leadership insights in this “Art of Leading” interview with Adam Bryant.

Q: It’s been more than a dozen years since you shared your leadership insights with me in our first interview. How has your thinking evolved since then?

A: I’ve come to understand leadership is less of a single role and more like a collection of three distinct roles or positions. The first is that leaders have to spend time leading from the front and looking ahead. It’s not about providing answers. It’s about asking the right questions that point the organization either in new directions or that keep an organization on the most important path. It’s about creating clarity for where an organization might be going and possibly questioning even fundamental assumptions. The image here is of an explorer.

The second position is leading from behind, which is about creating the right conditions for innovation and creativity within your organization. What do creative people need in terms of resources and the right environment to be creative? The reason this requires leading from behind is that it doesn’t matter how brilliant a CEO is — maybe there have been one or two exceptions throughout history — but if all you’re doing is unlocking your own creativity, that’s obviously not enough. You have to unlock the creativity of the maximum number of people in your organization. The moment you step out in front and say, “It’s my idea,” you will shut that down. The metaphor for this position is that of a gardener.

The third position, which completes the logic, is leading from the side, like a player-coach. It’s the ability to work with and help your teams — not because your ideas are necessarily better, but to give courage to teams to have bolder ideas and make bolder decisions. You can bring the wisdom of experience. But it’s done not in a hierarchical, I’m-telling-you-what-to-do way.

Those three positions need to be played interchangeably by leaders. People will be stronger at some of those positions, but we should be striving to be pretty good at playing each of them, especially when you’re trying to unlock innovation and creativity in an organization.

Q: The first one seems particularly relevant, given that so many companies are working through some transformation.

A: The topic of transformation is top of mind for the leaders I work with, and it’s not just the transformation of engaging with new technology. What’s most important about digital transformations is not the technology — it’s the necessary changes in behaviors and mindsets.

And there is an even bigger, long-term transformation challenge because of climate change. I just can’t see an alternative argument for the fact that climate is now going to be the constraining factor in the way we do business and the way we run our societies. That demands every sector of our economy and society to transform in some way. It is inevitable, and that will require letting go of old mindsets and engaging with new challenges.

Leaving everything the same while you just think about different solutions doesn’t work.

We’ve learned that when you do see disruptions, reacting to them by leaving everything the same while you just think about different solutions doesn’t work. You have to put people together in new ways to focus on at least getting started on those problems, and then hopefully you can feed what they’ve learned back into the organization.

We’re seeing that with more leaders and more organizations. You’ve got to put a group of people together with a clear mandate to respond to whatever change you’ve recognized, and let them act somewhat independently from the core of your organization. It’s a bit like investing in startups. No corporation has effectively invested in startups without leadership playing a strong guiding and supporting role for those investments.

Q: If you were on the board of a large company and hiring a new CEO, what qualities would you look for in candidates? What questions would you ask them?

A: I would want to hear specific and concrete stories about a time when they walked into a big problem with no idea how to deal with it or what the solution might be. So I would ask, “Tell me about a time when whatever you were working on was disrupted by something you didn’t expect from the outside. What did you do about it? How did you respond? What did you do differently? How did it change your direction? How did it change your strategy? Tell me about how you went through that process.”

Q: What are the most common themes that come up when you are mentoring and coaching people on their leadership styles and approaches?

A: Leaders are far less sure of themselves now than they maybe once were. That’s not entirely a bad thing. But it can create a stultifying lack of confidence to move forward. So I spend more time trying to give leaders confidence — not in the sense that they’ve got the right answer, but the confidence to ask the right questions or present a hypothesis that others can react to.

PowerPoint was great for an age when we were focused on relatively simple things.

But that sort of disjointed serial storytelling or information-sharing just doesn’t work in an age of complexity. Funnily enough, we’re going back to an age of the ancients, when rhetoric and constructing an elegant rationale for your thinking on a topic is more important than it’s ever been. If you can’t somehow share a complex idea in a way that other people can wrap their heads around, you’re not going to get help, and so you’re not going to make progress.

Q: This is such a challenging and exhausting time to be a leader.

I have tried to set aside chunks of my schedule when I can just think – and that means both reflecting on the past and also thinking about the future. We don’t do enough reflection. How has it gone over the last couple of months? Have I made any real progress? And we don’t spend enough time thinking about what we should be doing that we’re not thinking about right now.

As difficult as leadership is these days, it’s important to remember that we’re in an incredibly privileged position at the moment. We’re being asked to tackle questions and problems about the future — not only for our own organizations, but about the role of our organizations and our industries in the world — that are going to have a long-lasting impact. If we get it wrong, we’re going to make things a lot harder for future generations than they need to be. But if we get it right, we can help future generations thrive. I personally find that an incredibly energizing and exciting, though slightly intimidating, place to be.

That doesn’t mean that all leaders have to turn into some sort of social impact warrior. But it’s about understanding that we’re at a moment when the decisions we make today are going to affect future generations in the same way that leaders did in the early days of the Industrial Revolution.

And I do think the C-suite is going to have to get redesigned in the future. I don’t have a proposal for what that design should be, but the idea of a single CEO leading an organization, while totally understandable, is sort of ridiculous when you think about it. And so I can’t help but wonder when we’re going to start to see new designs for the leadership of large organizations that somehow can deal with the workload and the complexity we’re all facing. It feels like we’re stretching the functionality and performance of the old design to beyond the breaking point.