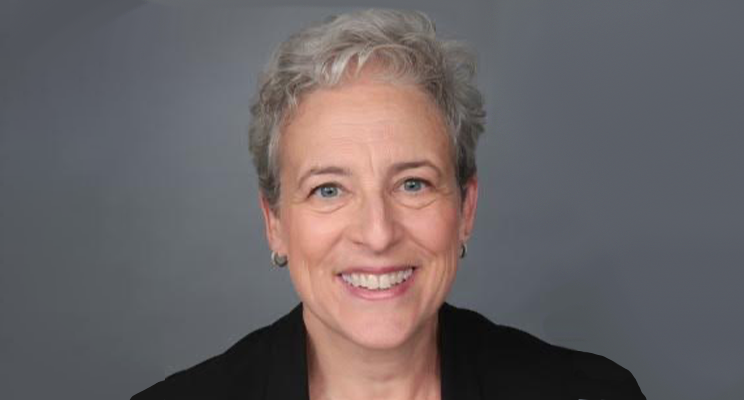 ESG Issues Are Now The “How”​ For Measuring Company Performance

Susan Silbermann, board director and former senior leader at Pfizer, shared timely insights with Adam Bryant and David Reimer. Subscribe here to receive all our interviews with board directors.

Reimer: How do you decide whether to join a particular board?

Silbermann: If you are talking to a company about possibly joining their board, you should ask yourself why they want you and why you would want to join their board. For me, I need to believe in the purpose of the company – what they’re doing and what they’re trying to do.

I also want to get a sense of the dynamics and current composition of the board. Each director should contribute something that is somewhat complementary and that doesn’t necessarily overlap with others. And you have to know that you can have a strong relationship with the CEO.

My golden rule is this: when my phone lights up and it’s the name of the CEO, would I say, “Ugh,” and shrug my shoulders, or smile and think, “I’m looking forward to talking with them.” If I don’t feel like I want to make time for them, then it’s going to be a no to joining their board.

Bryant: What questions do you ask the CEO to get a sense of them?

Silbermann: What brought you to this company? Are you excited to lead it? What keeps you up at night? How has your role evolved? Then I try to get a sense of how they treat people. In addition, I’m a big believer that humility is a strong, important trait for any job you do, and I like to see that in a CEO.

That doesn’t mean I want to see a shrinking violet or someone who isn’t ready to take a stand and make a commitment. But are they going to take the hill and then find that nobody is behind them when they turn around?

Reimer: You created and led Pfizer’s global Covid response task force. What is your playbook on crisis management?

Silbermann: The first is that a lot of crisis management is common sense. As I’ve developed skills in crisis management, it’s not because I took a course or I read a bunch of books. It was because I had an understanding of the situation at hand, a vision of where we needed to go, and the knowledge that we had to make very fast decisions.

There are three things you need when putting together a crisis management team. You need a leader who knows what they don’t know, because a lot of crisis management is asking questions, trying to get as much information as you can as quickly as you can. So my favorite trait of humility comes in there. You can’t act like a know-it-all.

Asking a lot of questions is also a hallmark of a good board director.

The second is know who you need to involve and who you don’t. You’ve got to have a network. Frankly, one thing that has made me successful in crisis management is that I have a huge network. In this case, I knew a lot of people all over the company. They knew what I was trying to do and were really willing to help me out.

The other piece is you have to have institutional trust to make tough calls. That requires being able to move back and forth between a more collaborative approach and one of command and control, which you actually need to use a lot more in a crisis. You need to make a decision and say, “You go there and you do this,” which isn’t a leadership style that I aspire to. I’ve spent most of my career using more of a connect-and-collaborate approach. Yet it was my ability to live in those two worlds that made me effective in crisis management.

Frankly, I see that asking a lot of questions is also a hallmark of a good board director. Find the people who can tell you what you need to know, and then don’t let the perfect be the enemy of the good. You have to just make the best decision you can at the time.

Bryant: What others lessons have you learned about being a director?

Silbermann: The golden rule of boards is noses in, hands off. I’m used to getting stuff done. I had large teams of people who did the work, but I had to make sure it got done. As a board member, I can suggest things to management, but it’s not my job to execute them, unless it has something specific to do with a committee I’m on.

Reimer: So much attention is being paid to stakeholder capitalism, but it is a balancing act. How do you think about that?

Silbermann: Something I always felt very strongly about as a leader was that I never wanted to be evaluated just on what I did, but actually how I did it. The same is true for companies more broadly now. I do believe that ESG issues are the “how” and earnings per share is the “what.” If you hit your earnings per share targets but you are destroying the Amazon rainforest, I’d like to think Wall Street wouldn’t reward that. I don’t know if we’re quite there yet, but we are getting there.

Many startup companies are beginning to build their presence in an ESG-relevant world. They have an advantage in that they are not having to go back and fix things. They’re going to start the right way by, for example, making sure their manufacturing processes are as green as possible from the outset, rather than having to retrofit them.

Bryant: What are the X factors you look for when you are hiring CEOs and other leaders?

Silbermann: The key for me is how they treat people. People want to be treated with respect. That doesn’t mean that you won’t have a tough conversation, but you can have a respectful tough conversation. It’s important that the person you are hiring demonstrates some level of followership.

You need to know that someone could step in if something happened.

It’s also critical that you have a talent bench. You need to know that someone could step in if something happened. You’ve got to have successors, especially for your key roles and functions. And if you have to pick them from outside, it’s a little bit harder, but you’ve got to have a sense of who’s out there.

Silbermann: I grew up in Baltimore in a dual-income family, which was very unusual in the ’60s and ’70s. My father was an engineer who ran his own small engineering firm, and my mother was an executive at a department store. I have these vivid memories of her telling stories about being around a conference room table with everybody else, and they were all men. She was talking about the popular, most-likely-to-sell dress styles for the coming year, and the guys were saying, “Don’t you think they should be this, and don’t you think they should be that?”

So she said to them, “No, I don’t think what they should be like. I’m telling you what the trends are telling us, and what women who are wearing dresses are going to be looking to buy. I don’t care what you like to look at. I care what they want to buy and you should, too.”

She gained a lot of respect and trust for speaking up and saying, in effect, “I’ve got this. This is my area. You’ve got to remember that we’re here to serve the customer.” Some of that, I’m pretty sure, rubbed off on me.