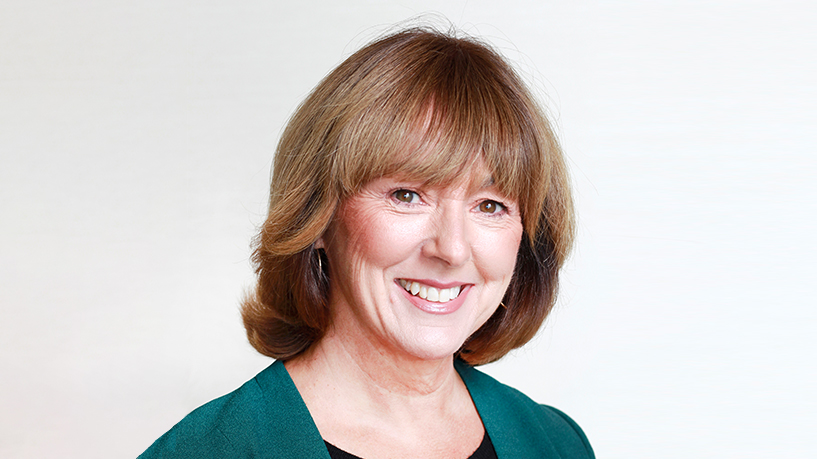 “For New Board Directors, A Top Priority Is To Ask About Succession Planning”

Deanna Oppenheimer, a veteran leader, and director who recently joined our firm as an executive mentor, shared smart insights with me and my colleague, David Reimer, CEO of The ExCo Group.

Reimer: How has the director’s role evolved, particularly since early 2020?

Oppenheimer: Since the pandemic started, it’s been a tale of two cities in my board work. I was on the board of a hospitality company in the UK that was experiencing great growth, and then they had to shut all the hotels. But I also sat on the board of a big grocery retailer, where the food business actually was going gangbusters during the lockdown. It’s a challenging time when you’re trying to manage expectations, advise on strategy, and balance compensation policies amid so much uncertainty.

I’ve been a director for 20 years, and on boards in France, Canada, the UK, and the US. A lot has changed, and there is a lot more complexity.

Bryant: What is your framework for thinking about the director’s role, particularly in terms of defining where the line is for how deeply you get involved in the business?

Oppenheimer: The analogy that I always use is that being an executive and running the company day-to-day is like being a parent. You are in charge of the children, and you’re making every decision. You are making sure that they are growing up to be good, law-abiding, contributing adults as best you can.

Being a board director is more like being a grandparent.

Being a board director is more like being a grandparent. You provide oversight, support, thoughtful challenges, and you’re there in case something really goes wrong and you need to step in. So the biggest challenge for me as an operator and an executive was to not try to be an executive in the boardroom. One approach is to get better at Socratic questioning so that others can come to their own conclusions.

Reimer: What is your playbook for joining a board and figuring out how to navigate the new dynamics?

Oppenheimer: The first thing is that not all boards are right for all directors. Particularly with your first board, you should be focused on the strengths that you bring to that board. What you don’t want to do is to want to be on, say, GE’s board if your whole career was spent as an entrepreneur in startups. That probably is not the best match.

In terms of traps to avoid, I’m going to use the analogy again of a team sport. Nobody likes a ball hog. Nobody likes a person who’s going for the ball at any cost, whether the play or their position demands them to go for it. It’s the same thing in a boardroom. Nobody likes somebody who has to opine on every single topic.

So you may have an opinion, but my advice is sit back, listen to all the points that are made, and then if there’s a burning point that you have to make that hasn’t been made yet, then do so. Make sure you add something unique to the conversation. There is an appropriate voice and tone within each culture for challenging people’s thinking.

The best boards, in my experience, have mentors for incoming board members, and they meet with them separately, perhaps over lunch or dinner, and talk very openly and candidly about what works and what doesn’t work and what the new director should be considering. Part of that onboarding process should include meeting members of the management team early on.

Bryant: When you think about the most effectives board chairs you’ve worked with, what separates them?

Oppenheimer: First, they get everybody on the board to contribute to the best of their ability by really drawing out their expertise. The second thing is that they know how to chair a meeting, and that’s really important because there’s nothing more frustrating than running way behind on an agenda. Running a meeting effectively sounds really simple, but in my experience, many people don’t.

Third, if you are going to have a chairperson who is not the CEO, they need to have a strong relationship with management. That means that they are meeting with management before and after the board meetings to share what other directors are concerned or excited about so that the CEO is sure to address them. You’ve got to have somebody in that role who has the experience, empathy, and EQ to understand all those dynamics.

Reimer: Another key responsibility of directors is to be supportive of the CEO, until they’re not, and then you have to shift to Plan B.

A French board that I was on had the best succession planning I’d ever seen. In France, you declare as a CEO when you’re leaving four years in advance. After the CEO did that, he did a robust job of grooming eight to ten candidates in concert with the board, which meant that at the end of that process, you get the best candidate and not necessarily the one who would have been the favorite candidate in the beginning.

Bryant: When you’re assessing CEO candidates, what are the X-factors that you’re looking for?

Oppenheimer: The first one is accountability. Is this somebody who really believes that the buck stops with them? Because it is lonely at the top, and by the time problems get to you, they’re bad, they’re tough, and the decisions are hard. So you have to have somebody who is willing to take that on.

And do they have high integrity? That may go without saying, but it’s really important. Do they blame others? It’s important that when things go well, the CEO gives the credit to their team. And when things go poorly, then they hold themselves accountable.

You need a CEO who has one foot in the present and one foot in the future, and coming out of this pandemic, they better have a lot of weight on that future foot to understand how they’re going to lead people but not lose track of what’s going on in the business. To do that, you have to have a really strong team because you can’t micromanage every decision.

Reimer: Shifting to you personally, if we had met you in middle school or high school, would we have seen early signs of your success as an executive and a director?

Oppenheimer: There were probably no clues. I grew up in a town that had no stoplights, and there were 61 people in my graduating class in high school. And I had parents who encouraged me to do anything I could do with no boundaries. Growing up in a small town also meant that you didn’t have to specialize, because if you could walk, chew gum, and breathe, they wanted you doing any activity that you could do. So I got a lot of exposure early on to a broad set of challenges.

In my career, I had mentors and sponsors who were really crucial. I’ve also made a lot of mistakes and chose to learn from them rather than to shun them. I look at battle scars as a privilege and not as something that you should do a little plastic surgery on to remove. There’s a curiosity and an energy that comes from getting an opportunity to do a lot of different things. And the point is to have a lot of fun.