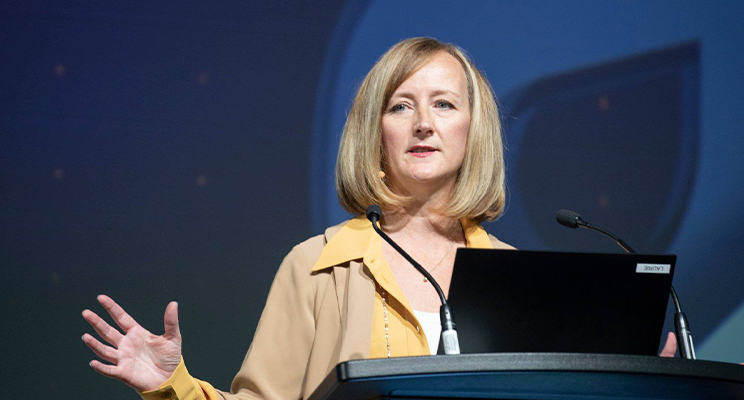 Having Trouble Prioritizing? Ask Yourself, “What Is My ‘Picasso’​ Today?”​

Reimer: Has all the disruption since early 2020 changed the way you think about long-term planning for companies?

Schultz: Not really. My approach is still the same, which is to use a framework that starts with the answer. I was at Galvanize for ten years. We had a goal of getting to a $1 billion valuation, and so the question was, what are the ten or so elements that are required to reach that goal? They are not just financial – they include C-suite readiness and addressing specific customer needs. I’m a big advocate of having that kind of clarity about what matters, and being very transparent on how you’re performing against it.

For some CEOs, and even boards, that seems like an unusual thing to do. People aren’t always comfortable trying to paint a picture of what the company will look like five years from now. I’ve done it for so long that it’s easy to do if you’re comfortable being uncomfortable.

I tell the CEOs who I’m coaching on using this approach that as soon as you write it down, I guarantee that it will be wrong. But you’re going to iterate, listen, and iterate some more, and you’re going to get better and better at this. It’s a very effective tool, whether you’re navigating through Covid or you’re trying to build for a liquidity event.

You have to look in the ugly mirror.

If people can see the long-term, then you can be more effective in getting them to change their short-term behaviors. When you’re on what I call the “treadmill of mediocrity” and you’re looking to make a case for change, one great thing to do is paint a picture of what five years looks like if you stick with the status quo. That can be a very compelling way to get people to change.

You have to look in the ugly mirror because it’s easy to not change anything if you haven’t looked in the ugly mirror. And of course you want to contrast that with the beautiful mirror, and those two in tandem can really lead to change.

Bryant: What is your framework for deciding whether or not you’re going to join a board?

Schultz: Half the time you shouldn’t know what you’re doing. When I look at any new opportunity, I sincerely want to be able to add value. Let’s say that 51 percent of the time spent is about me trying to provide meaningful, relevant value to the board and to the CEO. I want to spend the rest of it learning.

I also really want to get attached to the CEO as a human being. For example, the CEO of one of the boards I’m on runs a not-for-profit that builds schools in Africa. At the end of the day, who doesn’t want to hang around with human beings who have meaningful life stories, as well?

Reimer: What are other common themes that come up when you mentor CEOs?

Schultz: So many of the conversations are about painting a picture of the future. One thing I ask them is to draw a picture of their org chart. What does your org chart look like five years from now? Are you in it? If you’re a certain size or if you’re going public, do you have at least two other people there who have been-there-done-that?

You can’t just have rookies on the bench. Everybody can’t be learning. At some point, if you don’t have a skill set, you have to have someone else there who can teach you something. It’s about coaching people to be honest about their own capabilities, including whether they should exit gracefully or surround themselves with people who can help. And that may require letting go of people they feel loyal to.

Bryant: You seem comfortable playing that role of introducing the elephant in the room. Have you always been that way?

Schultz: Here in Canada, we sometimes call it putting the moose on the table. I learned that from Scott Cook, the founder of Intuit. He showed me how to run a town-hall meeting. It was early in my career, and he taught me how to stand in front of a room, ask what’s working and what’s not working, and what are the opportunities that we’re missing. And if you do that with integrity, without judgment, and if you’re genuinely listening, you’re going to spot not just great ideas, but the people to put in charge of those ideas.

We sometimes call it putting the moose on the table.

I’ve used that system in all of these transformations that I’ve had an opportunity to lead. And when a company is stuck, it’s usually because there’s some moose that needs to be put on the table. Everybody knows what it is. You just have to ask.

And you gain the right to lead that kind of conversation based on how you show up. You need to show up as a human being who’s not perfect. If leaders, whether they’re CEOs or directors, can demonstrate some vulnerability, they become relatable. And if you become relatable, then people are more willing to share their thoughts with you.

Reimer: Any early influences in your life that made you more comfortable putting the moose on the table?

Schultz: I did not have a great childhood. My parents were divorced and I was bullied in school. But I had this teacher who encouraged me to play sports, and as I got better, I developed more confidence. I learned how to fight to win.

I don’t know if it’s a coincidence, but I’ve often been in companies that were facing a tough challenge. I’m good at seeing the underdog issues, and those don’t go away by hiding them. They go away by confronting them. It’s become my mantra to always expose them.

Bryant: Leadership is so hard right now. What coaching would you give to a CEO who is feeling overwhelmed in the role?

Schultz: CEOs are facing more expectations to address some of these tougher issues that go beyond simply running the business. But there’s only so much bandwidth. When I was working for KPMG as a consultant, I used to have this long list of projects. And I often felt like it was overwhelming, so I adopted this system of “one Picasso a day.” I coach all my CEOs on it.

When you wake up in the morning – and I do this every day – the first thing you do is to decide what will be your one Picasso that day. It’s about focus. What do you uniquely do that matters the most? After all, you can only do one thing really well at a time.