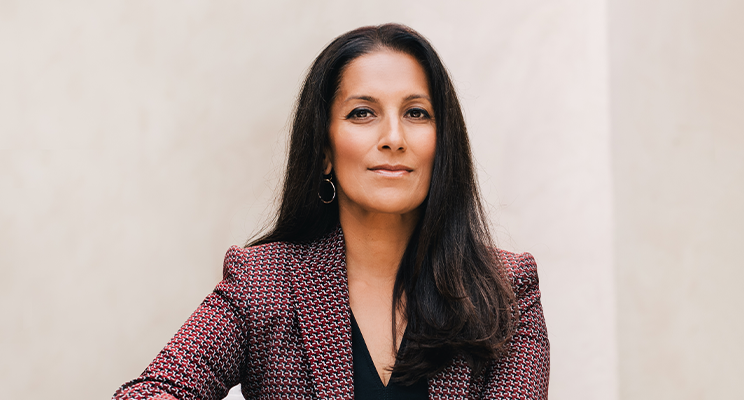 Reimer: How has the role of the director changed over the last few years?

Cassidy: Boards have had to shift from being reactive to business trends to now being reactive to business, social, geopolitical, and cultural trends that are all imposing unique demands on a company. You can’t turn back the clock on those. The role of the board has fundamentally expanded and changed, as have the pressures on companies to anticipate and respond to these various forces.

That means boards have to create frameworks and make time for these discussions. Compensation committees should broaden their mandate to include talent and culture. Audit and risk committees also should think about regulatory, geopolitical and supply-chain risk. That would help make sure that time is allocated on agendas to explore these issues.

Bryant: As chairman of theBoardlist, which you founded to help promote gender diversity on boards, what are your thoughts on how the people serving on boards has changed?

Cassidy: The change has been pretty dramatic. When new board seats come up in Fortune 500 companies, they are disproportionately being filled at a much faster rate by diverse candidates. So that is progress, which is being driven by pressure from institutional investors, governments, employees and customers. And increased visibility in reporting on the statistics clearly leads to greater focus and attention.

Younger board members are part of building a diverse board.

The pipeline and the talent is there, but boards need to turn their attention now to the criteria they use for recruiting new directors. If companies’ criteria are so narrow, like they have to be a current or former CEO, then that is going to limit your pool and also reinforce systemic bias. The criteria have to be broadened. And it’s not just about race and gender. Younger board members are part of building a diverse board, and they can help with issues such as better understanding your next generation of consumers.

Reimer: What are the key X-factors you’re looking for you when you are hiring a new CEO?

Cassidy: First and foremost, I like leaders who have seen failure and success, and who have operated through crises and times of greatness. That versatility as a CEO is really important, because you need somebody who is agile enough to think about innovation and scaling in a world of disruption. So I want to see a variety of experiences, including working in big and small companies.

Second, I look for leaders with a strong degree of self-awareness, because with self-awareness comes understanding your core gifts and capabilities and also enough humility to understand that you’re not perfect and to be open to feedback, including from the board.

Bryant: Were there leadership moments for you as a CEO that helped sharpen your sense of what kind of director you wanted to be?

Cassidy: I had one experience as a CEO when a board member was entirely absent during a critical period for the company. And I had another experience when a director was completely uncommunicative. So I swore to myself that will always show up to help in a crisis, and I will always give feedback to the CEO. You can’t just tell them they’re great, never conduct 360s or CEO performance reviews, and then surprise them the minute something is tough with feedback on how ineffective they are.

I had another moment as a CEO where I had an independent board member who would speak their mind, and they were not intimidated by any other board member. They conducted my 360 annual reviews, getting holistic feedback from my team, and also gave me tough feedback at times, but the point is they understood the responsibility of the role. They were there to be independent and constructive, which includes not being fearful of losing your voice, even if it’s an unpopular voice.

Reimer: What’s your advice to first-time CEOs on how to get the greatest value from their board?

Cassidy: First, you have to understand that a board is another team that you’re coaching. And it’s a team that gets together only four times a year and yet we expect them to outperform. Think about how hard it is to get a leadership team to perform, and they work together and see each other every day.

Boards are like a team of individual superstars that need coaching.

Boards are like a team of individual superstars that need coaching. How do you expect any team to perform? It requires good facilitation. It requires an agenda. It requires an active chairman who is trying to extract value from the group in the time you have together. What information do they need so that they can contribute? What’s the dynamic you need to create to have productive conversations? It’s not impossible. It just takes work.

Bryant: Leadership has become many times harder in the last two years. If you were coaching a new CEO who shared with you that they are feeling overwhelmed, how would you advise them?

Cassidy: I would tell them get somebody they trust to help them understand and diagnose what they’re doing effectively and what they’re not doing effectively, because when you’re in your own head, you can’t always see that. Maybe they can interview others on the team to get some insights and help build a framework for dealing with all the challenges. One of the most lonely aspects of being a CEO is that nobody gives you direct feedback. You ask for it, yet people often are fearful of giving feedback directly to the CEO.

You also have to let go of perfection. At some point early in my career, I let go of wanting to be liked. I decided that I want to be respected. I accept that some people will like me, and some people won’t. But I do want to make sure that I have a handle on all the problems, and a handle on myself and how I’m doing. Then I can live with the idea that great might be getting seven out of ten things right.

Getting it right all the time and being perfect and being loved is an impossible standard. Also, make time for whatever grounds you and gives you perspective on your life. Otherwise, it is a tough job and we could all beat ourselves up every day for all the things we get wrong as a CEO.

Reimer: One role of a director is to be, in effect, a village elder, providing counsel based on experience. What guides you as you think about that aspect of the job?

Cassidy: The benefit of having been a CEO multiple times is that you develop resilience. I’ve been in crisis situations in large companies. I’ve been in great growth situations. I’ve had my moments as a CEO when I was reactive and hotheaded, but I’ve learned how to develop gravitas and patience and when to moderate myself. The boardroom also comes with the luxury that you’re not the CEO. It’s just honestly a function of perspective, and it’s a function of having enough different experiences that I’m not really shaken by much.