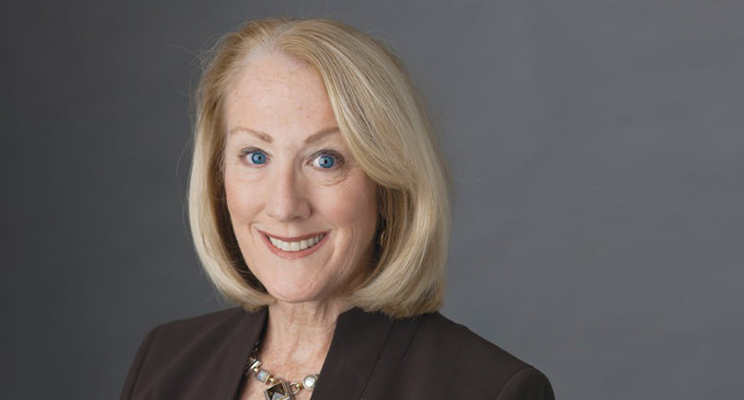 Leaders Need To Provide Feedback In The Moment. That’s How People Learn.

Anne Mulcahy, the former CEO of Xerox who now serves on the boards of Johnson & Johnson and Williams-Sonoma, among others, shared timely insights with Adam Bryant and David Reimer.

Reimer: How have boards had to evolve since the start of the pandemic?

Mulcahy: The last two years have been a learning lab, whether you’re a director or an executive. And although this has been a period of great tragedy and stress, some positives have come out of it, too. We are seeing a greater responsiveness to employees’ needs and wellbeing, and that is quite refreshing.

Directors are also part of the conversations about the future of work, and how to recruit and retain the best talent. Some trends on the ESG side, particularly as it relates to diversity and sustainability, have also strengthened and become the topic of more substantive conversations by boards.

Bryant: Boards, just like leadership teams, respond to stress in different ways. What are the patterns you’ve seen?

Mulcahy: I’ve had many experiences with this. I ran Xerox during a stressful time for the company, and it’s so important to have experienced, competent, and courageous directors who are willing to roll up their sleeves and help take on the challenges. I had many directors on my board like Vernon Jordan, and John Pepper of P&G, who were willing to step up and help.

It’s so important to have experienced, competent, and courageous directors.

I also had directors who didn’t want to help, and who were more worried about the impact on them. I have always said that, as a CEO and a director, bringing on the right set of directors is one of the most important things you can do because you just don’t know when you are going to need to test the caliber of that board. When you don’t have the right set of skills and experiences to add value, it’s magnified during times of stress.

Reimer: How do you advise CEOs to make sure they’re getting the most value from their board?

Mulcahy: It starts with having the confidence to let the board do its job. I had the pleasure of being the lead director at J&J when Alex Gorsky was CEO, and a big part of my job was to provide feedback to Alex about things the board was worried about or where it wanted to challenge assumptions. You’ve got to have a lot of confidence to take that feedback — it’s part of the board’s responsibility to challenge and to make sure that we’re getting the best possible thinking on critical issues. And one of Alex’s  greatest attributes is that he embraced that feedback.

To engage their board, CEOs have to be willing to be transparent, and there’s a good and bad side with that. As a CEO, there were times when I had to pull people out of the weeds, because that line gets crossed. But I think it’s worth the risk of having deeper engagement with your board.

Bryant: As a director, how do you balance all the demands being placed on companies these days to play a bigger role in society?

Mulcahy: Really good leaders have long understood the value of other constituencies. But now it’s a requirement of all leaders. Nobody gets to just manage their stock price and their investors and call it a day any more. Expectations have risen to a point where a broader mindset about the role is expected.

What has become more complicated is what kind of a voice a corporation should have with regard to a whole set of complex issues, including, as just one example, whether to let transgender people use the bathroom of their choice in retail stores. I do think you have to have a north star, based on your values. You have to be able to say, this decision is consistent with the values we talk about with our employees and the principles of good people management and diversity. That’s got to be the lens you use as you choose to speak or not speak about certain topics.

I have sat in rooms with executives who believe they do not have an obligation to speak, that their view is that simply silence is the best response. I absolutely believe that that is no longer possible or effective as it relates to corporate leadership. But it is a slippery slope. And boards play a role in help draw the line on what you say publicly and how you manage various constituencies in the best possible way.

Reimer: So how do you decide where to weigh in?

Mulcahy: It’s almost like the social value of materiality. Is it something that is material to the business in a meaningful way, so that you cannot step back and say it’s not relevant? It’s tough because you’ll always have a subset of people who are particularly passionate about a certain issue. But overall, I feel very positive about this shift. Employees care, they are speaking up, they have a voice, and that’s here to stay.

Bryant: As a lead director, you play an important role in setting the tone for the culture of the board itself. How did you do that?

I’ve always been a big believer in the idea that if there’s a problem, you address it immediately. That helps create a sense of transparency so you can be honest and provide feedback to fellow board members and executives in a way that they respect and embrace. It does not happen because you’re filling out surveys about your fellow directors once a year. It doesn’t happen because your lead director makes a phone call to you once a year to provide feedback. It happens in the moment or during a break between meetings.

Reimer: Have you always believed in addressing a problem head on, in the moment?

Mulcahy: I’ve always been wired that way. I was a CHRO for Xerox, and I saw how annual reviews can be incredibly demotivating. Part of our job as leaders is to provide that honesty in the moment because that’s when people change and learn. That’s always worked for me. That’s what I value and respect, much more so than trying to sort through a couple pages of feedback that doesn’t seem very relevant at the time.

Bryant: What are the X-factors that really separate the best leaders today?

Mulcahy: Strong leaders have to have great ability to create followership. We definitely have more of a volunteer employee population than ever before, and you need to create great followership if you’re going to be a successful CEO in a large company. There are other skills and capabilities, like digital transformation, that have become critical in the last decade.

You need leaders who have what I call “values courage.”

Five-year strategic plans are no longer relevant, given how quickly the world is changing now, and so the ability to adapt and pivot has never been more important. You also need leaders who have what I call “values courage” — they have that ability to be definitive and make decisions on complex and controversial topics.

Finally, they need a level of resiliency, too. I was a CEO for almost ten years, and I would say that one of the most important things that I brought to the table was resiliency. These jobs can wear you out, and we are seeing that now. A lot of CEOs don’t want to spend 10 years in the role. We are seeing shorter tenures, and that’s not good for companies.

Reimer: And so what kind of coaching do you give CEOs who are feeling overwhelmed?

Mulcahy: I think that is the reality for a lot of new CEOs, particularly if they stepped into their role just before or during the pandemic. The question is, can you take all the challenges and somehow channel those lessons you are learning to become a better leader? That is the opportunity here. CEOs who understand how difficult and challenging this moment is are probably the best learners and can construct something positive from it.

So if they have that capacity, I would encourage them to stay the course. One thing that does happen with the job is that the longer you spend doing it, the better you get, and you don’t waste all that pain and suffering along the way.

If somebody isn’t interested in leading during a period like this and hopefully learning from it, then they probably aren’t the right person for the job. The exciting part is that you can actually define the role and shape it, perhaps much more so than in the past. And I find that tremendously exciting for leaders who have an appetite for that.