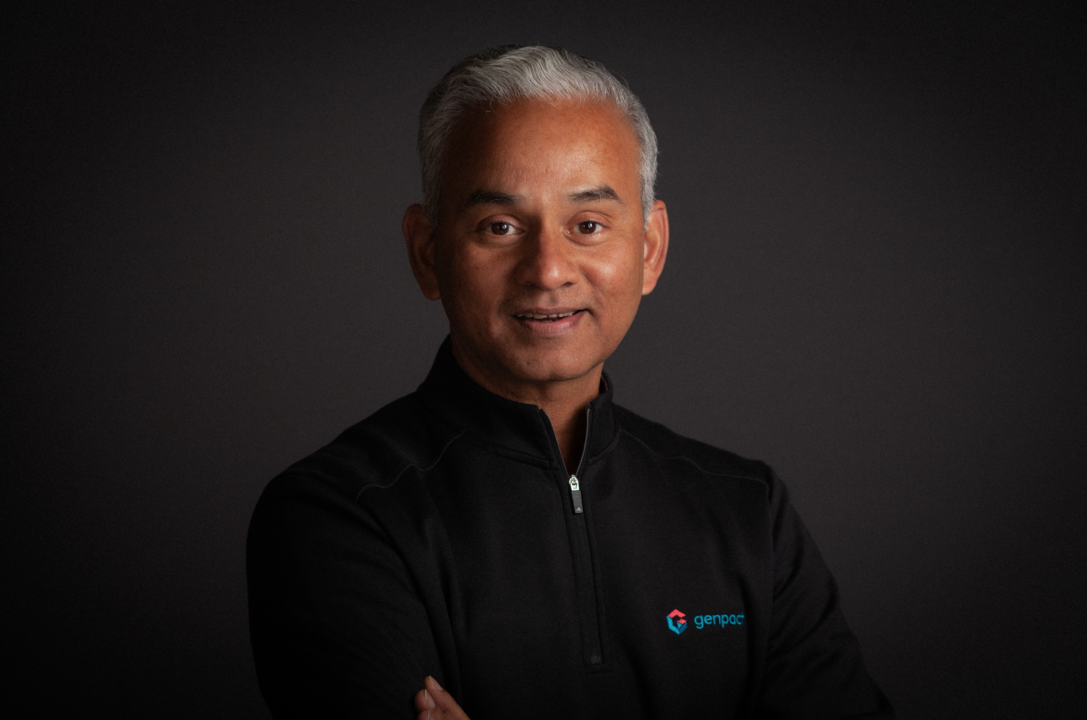 “Leadership Is About Dealing With Change And Driving Change”​

Q. You’ve been CEO of Genpact for more than a decade now. What have you learned in the role?

A. I’ll start by saying that I’ve always believed that leadership is about dealing with change and driving change. How do you drive change and how do you lead in a constantly changing environment? And so leadership is about constantly evolving as a leader. And if you can’t do that, then you won’t last as a leader, and you shouldn’t last as a leader. My philosophy is that being curious will help you keep learning and growing.

I’ve also come to appreciate that the leader doesn’t make that much of a difference. It’s about the team. So how do you make sure you have really amazing people on the team? Do you know how to attract and retain them? Are you capable of attracting people who are better than you on many dimensions? And are you willing to step back and let them own those areas? That’s the way you scale because, as CEO, you’re only the orchestrator. You’re not the best piano player, you’re not the best violinist, you’re not the best guitarist. The more you can surround yourself with really great people, the quicker you can scale.

Q. A lot of leaders struggle with having to make tough calls about letting people go to make sure the team is continually upgraded.

A. That’s probably the single biggest challenge that most leaders I’ve spoken to face. Even if I have set the bar high on expectations and performance, the reality is that you have to continuously raise the bar. And not everyone wants to or is capable of crossing the next bar. And then the challenge becomes whether you can make the hard call of letting someone go, even though the person has cleared the higher bar ten times before? And they may decide that they don’t want to try to clear that eleventh bar.

You have to continuously raise the bar.

At that point in time, how long do you take to make that call? You’ve got to be empathetic. We’re dealing with long relationships, and people have given a lot of themselves to the company. But at the same time, when you look out over the next five years and you know that this person is not going to make it, how do you then make the hard decision? Done the right way, it is great for the person who often steps off into their next chapter where they will be happier — that’s the lesson learned. It’s not easy at all. I’ve become better. Do I think I’ve become as good as I should be? No.

Q. Where does your drive come from?

A. I love solving problems — the more complex, the better. You may encounter a problem that seems intractable. You’ve tried to solve it four or five times, and your team has tried. There are quite a few situations that I’ve been dealing with recently like that. And then you say to your team, come on, we have to solve this.

I also believe that leadership is about approaching life as an optimist. The glass is always half full. Don’t start with half empty. And then say, if the glass is half empty, what do we do? And have the belief that we will make progress if we attack the problem together. There are things that you don’t control, and part of my personal evolution is that I really don’t worry about things I don’t control. Really spend your time and attention on things that you can control. For the things you don’t control, do scenario planning so you can be prepared with different responses as a team. The world today presents a lot of problems, but the world also presents a lot of opportunities to solve them in different ways.

Q. If I had met you when you were a kid, would I see this habit of mind around wanting to solve problems?

A. When I was in middle school, I would try to solve the daily crossword in the Times of India. It’s not easy to solve. I would spend five hours and solve only 20 percent of it, and still, I would not give up. I would try again with the new crossword the next day, and if I solved just a little bit more of it, I would be thrilled.

Q. What are the key X-factors that separate leaders today?

A. I focus on what I call the “learnability index” of a person. You don’t want people who just say, “I know the answer,” or “I don’t agree with your point of view.” You want someone who listens and wants to understand the “why” behind someone else’s point of view. The more someone approaches situations with a why, the more they’ll be successful, at least in our business. And then, when confronted with a problem, they quickly reach out for help to their colleagues or people outside the company in their network.

For very senior leaders, I look for a few things. They have to be able to synthesize complex sets of information into an elevator speech, a two-paragraph narrative, or a six-bullet slide. Some people can do that brilliantly and some people really struggle. It’s a real challenge as a leader if you’re not able to do that, whether it’s with investors or the board or your peer group or leaders.

Leadership is about the grey and about the nuances.

The second is the ability to go seamlessly from an altitude of 50,000 feet down into the trenches. And when they go into the trenches, they can figure out the small signals that are lost in the noise but could become a real opportunity or a real problem. Lastly, these are high-pressure jobs, with lots of curveballs constantly being thrown at you. You’ve got to find a way to duck some, figure out which ones you’re going to hit, prioritize those, delegate a number of them to your team, and trust them.

Q. What do you think is the hardest part of leadership?

A. Balance. Some things are black and white, like integrity and compliance. But almost everything else is not. There are a lot of nuances and shades of grey. That’s something I’ve coached a lot of people on — leadership is about the grey and about the nuances. Every answer can be a yes and a no, and context is everything. And you have to incorporate the nuance in your efforts to synthesize and simplify.

Q. How do you want to be a better leader two years from now?

A. Because of the nature of our business, we deal with Fortune 500 global enterprises. I deal with the leaders and board members of those enterprises, so I’m constantly talking to them. And I learn so much. I ask questions, I listen, and I understand. I am so fortunate to be able to do that. So my definition of scaling myself as a leader is, how can I spend even more time talking to people like that? I believe that one of my jobs is to constantly read the tea leaves, pick up the signals in the noise, synthesize them, and debate them with my team to help refine our strategy.