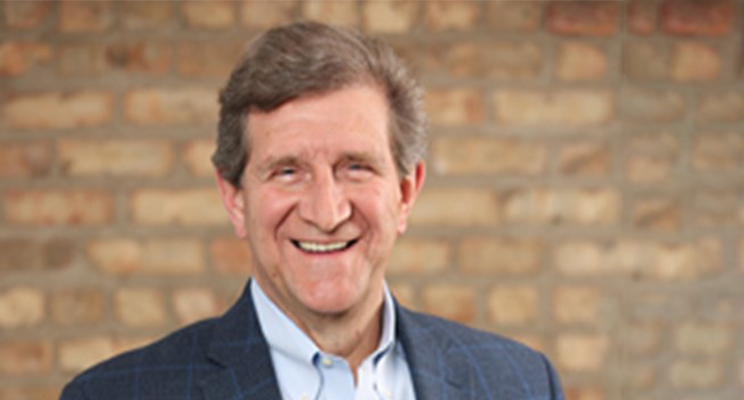 The Directors Who Make The Most Contributions Ask The Best Questions

Reimer: What are the top few lessons you’ve learned as a director?

Manning: I learned many in China. It was a phenomenal place to cut one’s teeth. It challenged me as a director in so many ways. In the West, you presume things are lawful and rather innocent unless shown otherwise. In China, where corporate governance was still developing at the time, you had to adopt a cautious approach and be suspicious of most things until proven otherwise.

That created for me a tendency to be curious, inquiring, and maybe skeptical in many ways, and that’s been a fabulous set of skills to carry forward. It’s healthy for directors to be questioning and not be accepting of everything they are told.

I find that the directors who make the most contributions ask the best questions. They don’t presume to know the answer, but they try to be precise and specific with their questioning. They go to a second degree or a third degree of questioning, and they don’t just accept what’s given at the front end. And that generally leads to good insights.

Second, it’s important to take a strategic view of what the company is all about and what it needs to accomplish. It’s imperative that directors don’t get mired down in minutiae and lose sight of the bigger picture, because the managers have the skills and the detailed knowledge necessary to run the business. Directors have a primary responsibility to guide the company in the right direction and ensure that resourcing is adequate and deployed properly to achieve the goals for the returns required.

There’s a new pace that we’re all being challenged by.

Third, it’s useful to adopt an always-ready capability, because crises occur, and when they occur, you want somebody who’s good at managing crises on your board. The best directors I’ve known have been calm in the face of urgent matters. They have found a way to rally despite the adversity, and generally they had prior experience at managing through crises in their own careers or personal lives. There’s a new pace that we’re all being challenged by, and it does require a board to be able to accommodate more crises than in prior years.

Bryant: What is the board’s role in pushing management to consider the right breadth of what-if scenarios? I imagine there’s a sweet spot between too few and too many.

Manning: A board plays a key role in framing the risk but also the opportunities. They are two sides of the same coin, and there is a framing and a reframing that must happen continually to ensure that everyone is aligned and that resources are being spent in the right way. The best way to do that is to avoid too much focus on short-term results, because you can miss too much that way.

It’s very important for the board to be talking in phases of time that are long enough to allow for some imagination, and for some recognition of important macro trends across timelines of three to five or even ten years. And it’s useful to challenge the board or the management team once in a while around what to do if X or Y happened. Do we have a plan? Is that something we should be more concerned about?

Reimer: You’ve had so much experience serving on boards outside the United States. Where did that international focus come from?

Manning: I became interested early in the Chinese language, and I spent a summer with a Chinese family during my college years when I studied there. I took three years of Mandarin, and I was very keen on experiencing the broader world. And that just accelerated over time. I had some opportunities with McKinsey to work abroad, and I just kept having my horizons stretched. When I was 39 years old, I launched a new consulting business for Ernst & Young in Asia.

I like the global view, and I’m a big proponent of globalization despite all the criticism of the concept these days. There certainly are flaws, but I think we do so much better economically and socially and even politically when we think outside the boundaries of our own geographies.

Bryant: What can American leaders do to adopt a more global mindset?

Manning: I would begin by suggesting that they listen more and talk less, particularly in most of the discussions they’re involved in overseas. Many companies hurry over to China or Japan or Europe and lay out an agenda for action that they want to accomplish without necessarily understanding the context. Without the right context, it’s very difficult to create the right conditions for success, and generally something will go wrong over time.

In a place like Japan, you don’t even get to content in the first week of meetings. It’s literally five days of context, and it can seem tiresome at times. But I think for the most part, American businesspeople are overly aggressive, tend to be very sure of themselves to the point of arrogance at times, and that can frankly undermine the quality of any business relationship. And we do see deals break up because of that strong-willed character. Now that doesn’t mean you don’t negotiate a good agreement, and certainly you must, but a lot more finesse and diplomacy could go into initial discussions.

Reimer: And what if I flipped the question and asked you whether there are aspects of American boards that non-U.S. boards should adopt?

Manning: American boards tend to deal with issues and challenges more capably than Asian boards, and probably more than some European boards, as well. In Asia, there’s a tendency to be very polite to a fault so that issues are ignored if they’re likely to create a problem or lead to overt criticism of leaders.

In the States, we are more transparent about identifying issues.

In the States, we are more transparent about identifying issues, so the same self-confidence that can come across as excessive abroad serves a good purpose here. It allows us to get things out in the open and deal with them efficiently and properly. That type of frank discussion is very much recognized by foreign directors who join US boards. They appreciate that degree of clarity and honesty.

Bryant: What are you looking for in CEO succession candidates? What are the X-factors?

Manning: The typical approach, which I would argue is no longer sufficient, has been to simply find someone who can step into the shoes of the current CEO – similar skills, similar capability set. Someone who’s in-house and who’s been known and already in queue is seen as the safe choice.

But the answer that more boards are starting to take up is how the needs of their CEO role will evolve over the next five or more years, based on how the environment in which the company operates is changing. That’s a more sophisticated analysis, because it could lead to someone with a much greater variation in background.

Artificial intelligence, for example, is profoundly affecting almost every industry at this point, and CEOs will need to leverage it or lose to competitors. AI may change the capital intensity of entire industries because it will lead to more productivity in factories and more precision in supply chains.

The notion of virtuality is another phenomenon that is going to affect more businesses than ever. Ten years ago, we were only talking about virtual mainframes and server farms. Now we’re talking about virtual everything — virtual workforces, of course, but virtual opportunities where we’re putting together competitive networks that operate in a completely different mode. CEOs will need to become a lot more interdisciplinary because so many of these challenges require combinations of different skill sets.

Reimer: Being a CEO is always hard, but the role has become exponentially more difficult in the last couple of years. What is your advice to a CEO who feels like they are drowning these days?

Manning: I suggest they revisit what is most important to the success they want to achieve. It’s very easy for a CEO to be overwhelmed by the multitude of variables when every hour is booked with different topics and CEOs are expected to be masters of them all, which is not possible. They need to find a way to cope and keep it all in perspective. Having a top three, four or five priorities is essential. Everything else can be boxed and put to the side and dealt with over time.

As a CEO, that also means learning how to delegate so that they’re not the choke point and the center of everything. They don’t need to be the hub for all decision-making. That’s a rookie mistake that a lot of young CEOs make, and it just leads to a lot of angst, confusion, and bad outcomes.

The best CEOs are not only well-organized but they include plenty of flex time in their schedules. They have spare capacity that can be directed toward strategic possibilities or operational problems. It’s pretty masterful. They reserve a portion of their leadership for the unexpected.