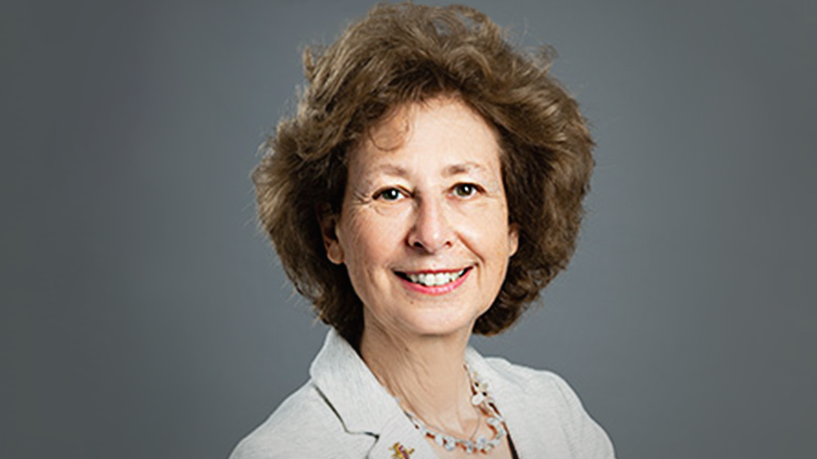 “The Minute You Have Three Women On A Board, The Whole Dynamic Changes”

Beth Krasna, a veteran director and turnaround CEO, shared smart insights from her boardroom experience with me and my colleague, David Reimer, CEO of The ExCo Group. I’m also proud to call Beth a colleague, now that she’s joined our firm as an executive mentor.

Reimer: When did you join your first board?

Krasna: I was 24. It came about because I attended a private school in Switzerland that was started more than a century ago by a group of parents who wanted a special school for their kids.

Bryant: Can you share some of the lessons that were helpful over the years?

Krasna: The relationship between the president of the board and the CEO is crucial. If they don’t get along, then it’s going to be a pretty rocky road. I was often the only woman on the boards that I served on. The dynamics definitely change when you have two or three women on the board. It becomes less like a wolf pack.

If the president was acting like the alpha male, the other guys would follow the leader. If they were not happy about something, they would tell me about it on the break or in the parking lot. But in the meeting they would not confront the president. The only people who actually dared to challenge him were the women on the board.

The only people who actually dared to challenge him were the women on the board.

I have seen this time and time again. I think it has something to do with the way men’s teams work — they decide who’s going to be the leader and then everybody falls into line. But the minute you have three women on the board, that whole dynamic changes. It becomes a more open discussion.

I’d like to add one more point on that. Men judge results, so that more is better, while women have a more holistic approach. They are the directors who are usually pushing more at first on issues like sustainability or corporate governance, and then it builds momentum.

Reimer: Any observations about common mistakes that new directors sometimes make when they join a board?

Krasna: Sometimes people will take up airtime for five or six minutes and talk about how they handled a particular issue at their company. Everyone may get the point they’re trying to make, but their experience often is not relevant to what we’re discussing.

If the president won’t shut them down, these meetings always go over the allotted time. Sometimes the president needs to take somebody aside and say, “We value your input and you’ve made a good point and we got it, but we don’t need the rest of it.”

The second thing that is annoying to me personally is when people reiterate a point they’ve already made. If somebody makes a good point and then they go on and on about it, it can be like those management books where the title sounds really interesting, but after you read the first chapter, the rest is just filler.

Bryant: How did your experience as a director influence how you approached your role as a CEO?

Krasna: As a CEO, everybody expects you to make all the decisions, especially when you’re doing turnarounds, and I did ten years of turnarounds. Your day is filled up with 15-minute meetings, and you’re always on. So the question is, where do you get stimulation and where can you exchange ideas and learn? It’s not from handling operations.

And so by sitting on a board of at least the same size company as yours or even bigger, you learn from the other directors how they approach certain things and exchange ideas during meals or breaks. I recommend that CEOs serve on at least one board.

As a director, you’re always wondering what the company is not telling you.

As a CEO, I’ve had some difficult boards, and so when you prepare the agenda and documents for the board, you want the meeting to go well and you want to lead the board. In doing that, you’re often omitting things that they might need to know because you’re trying to get to a certain place and a certain decision.

And so as a director, you’re always wondering what the company is not telling you. It’s similar to risk. You can manage the ones you’ve identified. You’re always worried about the one that you haven’t thought about. When you’re the CEO, and you’ve been a director, then you realize what they need and how they’re going to react to certain things.

Reimer: You mentioned earlier that you did many turnarounds. What was your playbook when you went into those challenging situations?

Krasna: First, you need to determine if the problem is structural or temporary. If it’s temporary, then you can fix it. But if it’s structural because the market went south or a new technology has displaced yours and you don’t have enough time or money to move into something else, then you’ve got to let the company go.

If it is temporary, there are three things you need to do. The first is that you’ve got to stop the cash drain, and in order to do that you probably need to fire some people because that’s going to have an impact on expenses in the first three months. The second thing you need to do is to check your product mix to make sure you’re not losing money on the products you’re selling, and if you are, then change your product mix. That takes about six to twelve months.

And the third thing you need to do is renew with growth, and you need to figure out what you’re going to be doing after you fix your product mix and how you’re going to position yourself for where the market’s going. You need to do that quickly, within the first month, because when you do the layoffs, the remaining people need to know that there’s not more layoffs to come.

If you have a coherent plan, then they believe in it and then they understand the pain and they’ll accept it.

Bryant: Boards are now dealing with a host of issues that go beyond simple financials, like climate change and other ESG issues. Those can be hard to measure, so what are your frameworks?

Krasna: It depends on the company and where it is compared to its peers. So you determine which companies are the most advanced on a particular issue and which ones are the least advanced. Then you look at your culture and figure out where you are in that map and you put the cursor there.

Then you have to navigate the dynamics with the directors and with management about the level of ambition to move it forward or not. As a board member, what I care about is that people are aware of what the range is and where we are on that range. Once we have that and we have the discussion on the ambition, then we can decide how fast or slow to move, or to not move at all.

Reimer: What are the X-factors that are most important to you for CEO candidates?

Krasna: I think communication skills, both internally and externally, are extremely important now. It has to do with trust factors. People don’t trust as much as they used to at all levels in all organizations. So you need to be credible and consistent, and that has to do with values.

So I try to learn someone’s values during the interviews, if possible, to see if there’s alignment with the values of the company. That fit is extremely important.

Bryant: You’re clearly comfortable in situations where you might be the only woman in the room, and where you have to have tough conversations. Where did that come from for you?

Krasna: It comes from my family. My father was a successful writer, and so we had money, which meant I could walk away from anything, so that helps. The second part was the education I got at my private school.

I was there from the age of six to the age of 18, and the teachers went the extra mile. We were not only taught, but we were also educated on fairness and critical thinking. I do remember a professor of the University of Lausanne telling me, “We can pick out the kids from that school because in the first year they’re the only ones who dare ask questions.” So I would attribute a lot of my independence and speaking out to the training and education I received.