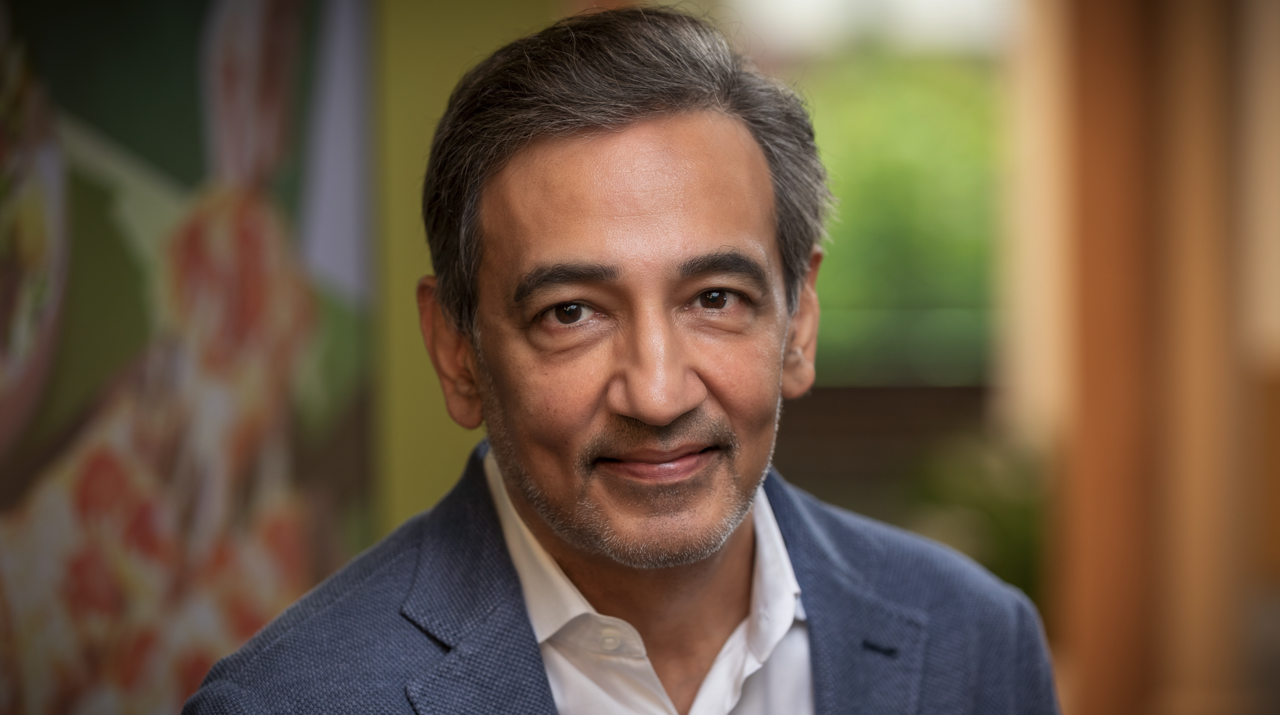 The Most Important Attribute That Leaders Need To Have Is Humility

Q. How have you evolved as a leader since the start of the pandemic?

A. It’s been a fascinating journey the last couple of years — unprecedented change and unpredictability, with one new headwind after the other. The only constant has been change, and at an accelerated pace. Strangely, I’ve been really inspired by this volatility and uncertainty.

I’ve had the mindset of embracing it and asking, how might this be a good thing? How might this be a catalyst for us to become stronger and better than we were before? When you have that innate optimism and see everything as an opportunity, that unlocks a huge spirit of innovation.

I’ve learned in the last couple of years the importance of having the courage to focus on what you can control. You can almost get lost in the enormity of what’s happening around you, and the only way you can get a sense of control is by focusing on areas where you can have an impact.

The third has been more of a recognition that we need to lead with more compassion and heart. Tough times require tough trade-offs and tough decisions to protect the brand and business. But I deeply believe that you can do that in a very compassionate way, in a very humane way, by building empathy and using that as an opportunity to build trust with all your stakeholders.

Q. Can you give me an example of that?

A. At the beginning of the pandemic, we had to furlough about 37,000 people. That was very tough for me at a human level. Coincidentally, I read that Walmart and CVS wanted to hire 100,000 people at the time because their businesses were doing extremely well.

So I reached out to the leadership at both companies and requested that they absorb my furloughed associates or make it easier for them to join those companies, and then let them return to us when we reopened for business. We couldn’t avoid furloughing them, but we could certainly ensure that they continue to feel they were part of our family. So we gave them weekly free meals, for them and their families, in any Panera. We also had town hall listening sessions with them, to keep them informed and help them feel that they were not forgotten.

Q. What has been the hardest part of leadership for you during this period?

A. The hardest part of leadership has been the realization that it all begins with me. Everybody is looking to me to provide that sense of optimism, and to articulate what success can look like in a very difficult environment. I have to ensure that I’m always reinforcing those messages and leading by example. That gets tough because it is a heavy emotional burden to bear. You need to nurture your own spirit, as well, but I take that responsibility extremely seriously.

Q. You’ve talked about seeing opportunity amid all the uncertainty. Where does that come from?

A. I was born in India and had this sort of fierce ambition right from the start, perhaps because I grew up in a developing nation, to do the very best that I could in all situations. But I was deeply impacted by the loss of two of our daughters. We lost our first one when she was eight months old. Then I lost my second daughter when she was 18 years old, in 2015. The loss of two of my children, as you can imagine, is the hardest thing that any human can deal with. I’ve had to learn to move forward and to get to the other side.

The only way I could do that is through an inside/outside process — of healing myself, focusing on what I can control, and getting inspired by making a difference and an impact for people around me. The losses I’ve had to deal with have deepened my sense of compassion and determination to honor the privilege of leadership.

Q. You’ve obviously had a steep trajectory in your career. What do you see as the key quality or approach behind your successes?

A. You have to be a lifelong learner, and to be humble enough to know that you don’t really know much. When you show up with that curious mindset, then everything else falls into place. You are more empathetic. You listen more. You understand things much better. You don’t have the arrogance or the ego to come into a room trying to look smarter than everyone else.

You have to be a lifelong learner.

Instead, you think of yourself as a lifelong learner who is trying to listen, observe, connect the dots, and then articulate and simplify what is being said so that people can understand it and are willing to follow you.

Even though I know this, I’ve often forgotten it. Every time I’ve landed in some trouble in my career, it has been because I was too certain about what I knew. Then I had to remind myself, well, maybe you don’t know. You have to have the agility to recognize that things change and that your approach has to change.

Q. How do you make sure your teams operate like true teams?

I have learned that the defining feature of highly effective teams is peer accountability, where each person on the team feels accountable for each other’s success. It’s not a hub and spoke system, where everything is centered around the CEO. Instead, people are joined on the edges and peers are supporting and collaborating and holding each other accountable. It’s also important to define team norms around how we expect each other to show up.

Q. And what are your team’s norms?

A. The first is that the executive team is the primary team of each person who is on it. It’s not their functional team. Everyone is loyal first to this executive team, and the broader business goals take precedence over functional goals. Another is that any conflict must be resolved within 24 hours or you have to let it go.

Unresolved conflict can be like a cancer in an organization.

And no decisions without disagreements. You have to disagree before you make a decision, to avoid people saying afterward that they were never on board with a particular idea. Every month, we put this up a slide at our management meetings with those norms and ask ourselves, “How are we doing against this?”

Q. I’m struck by that rule of resolving any conflict within 24 hours or let it go. Where did that come from?

A. Unresolved conflict can be like a cancer in an organization. And I have learned through personal experience that conflict, if you embrace it and confront it, can create a bridge for building a stronger relationship. I tell people on my executive team to never triangulate. I don’t want to be the principal. Go straight to your peer, close the door, and sort it out.

Q. What is the most common mentoring advice that you give to other leaders?

To be able to do that, my coaching to future leaders is to not only spend time on deepening your competence. Spend a disproportionate amount of time on building your character. Building character requires deep reflection on who you are, your values, and who you want to be. That is what will then potentially unlock the ability of us as leaders to be force multipliers for good.