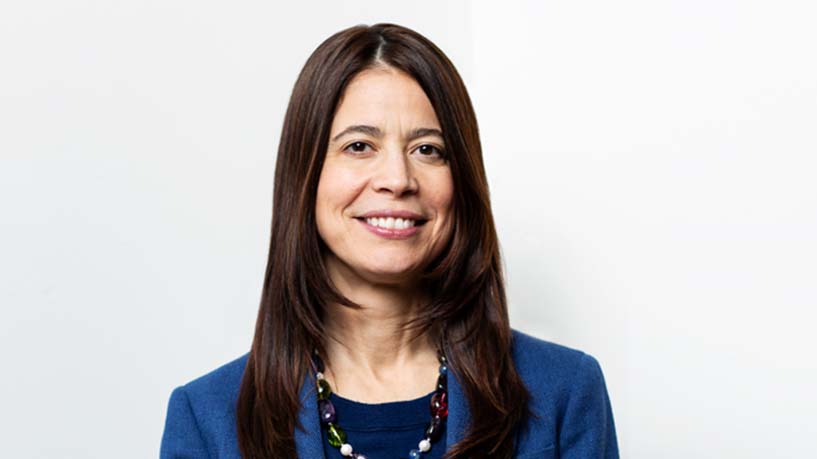 “The Relationships On The Executive Committee Are Key To Building Trust”​

Reimer: This is your first CHRO role at a public company, and you took on the job in the middle of the pandemic. What was different than you expected, even in a small way?

Fernandez: Number one is the amount of time that I spent with our CEO, Dan Glaser, and the executive committee to really build alignment around our strategy and its implications from a people perspective and how that informs the strategy. That then guides how the HR team spends our time supporting colleagues.

The relationships on the executive committee are key to building trust of your peers. You’re connected and linked to what the business and all the functions are trying to do. And we’ve had a lot of conversations around the true value drivers and what that means in terms of people’s jobs and their skills. Getting that level of alignment took more time than I expected, but it’s because we’re in a very different world right now in terms of the speed of change.

Reimer: What’s in your background, your DNA, that readied you to navigate through such ambiguity?

Fernandez: I’m a first-generation American. My dad is from Spain, and my mother was Dominican. That certainly shaped who I am as a person, and as a leader. English was not my first language, so I grew up speaking Spanish. And in classrooms early on, English sounded like a foreign language to me.

It was hard to be in a room at that age and not be able to connect with others.

It also gave me a real drive to succeed because I felt that I wasn’t able to contribute. I wasn’t able to have an impact. I wasn’t able to add my voice. And again, my parents were an important inspiration when I was younger. My father was working outside the house and had to learn English, and I would help him with flashcards.

So I witnessed the drive of my parents, but that manifested itself for me by working really hard in school. I was also the middle child of five kids, so there was an additional role of being a bit of a mediator in the house.

Bryant: How do you build the chief people officer of the future?

Fernandez: The qualities of empathy and caring and connection are going to feature more prominently going forward. This ability to connect in a very meaningful way is going to require levels of EQ on steroids.

Another area is not underestimating the role of technology and analytics going forward. CPOs have to able to understand the role they play and how they link back to the role of employees. Data privacy and protection are going to be bigger issues, as well.

The role of the CPO will be to take a step back and understand how these pieces fit together and how they impact the sustainability of an organization. It’s a role that requires much more integration of disciplines. The companies that are going to differentiate themselves will have the foresight and ability to understand how all these interdisciplinary events will shape the direction of the organization.

Bryant: How is the company operating differently today than it was 18 to 24 months ago?

Fernandez: Our CEO challenged us at the outset of the pandemic to say that while we have to focus on the urgent and what’s in front of us, we have to preserve 25 percent of our time to think about the future. We cannot lose sight of that. This notion of ensuring that we’re able to hold those two priorities simultaneously is really critical.

We also spent a lot of time on the executive committee talking about this period and asking ourselves, what did we learn about how we lead and what do we want to consciously bring forward? What did we hear from our colleagues around what really mattered and what they value?

That led to us redefining leadership across five principles: inspiring with vision and passion; expanding impact with clients; driving growth; unlocking people’s full potential; and displaying resilience, humanity, and humility.

We want our top leaders to be modeling this before we start cascading it.

The second step was to really align the next level of the organization around that new leadership mindset. So we brought our top 200 global leaders together earlier this year and shared this with them. And we gave a platform to that group to share stories about how they’re modeling the mindset, and how they’re impacting our clients, communities and colleagues.

We are now cascading the mindset through our development and promotion processes as well as assessment for new hires. But we were quite intentional about spending the first six or nine months with the top of the house to get them to really breathe and live the ideas because we want our top leaders to be modeling this before we start cascading it through the organization.

Reimer: What advice would you give to someone who is stepping into their very first CHRO role?

Fernandez: Speak less and listen more. The world has changed so much, and you may be going into the role with a playbook of approaches that have worked in the past.

But you have to actively listen to everyone you interact with in your first phase. By the way, that’s easier said than done because when you’re new in a role you want to start executing and delivering and proving yourself. But you have to keep that beginner’s mindset.