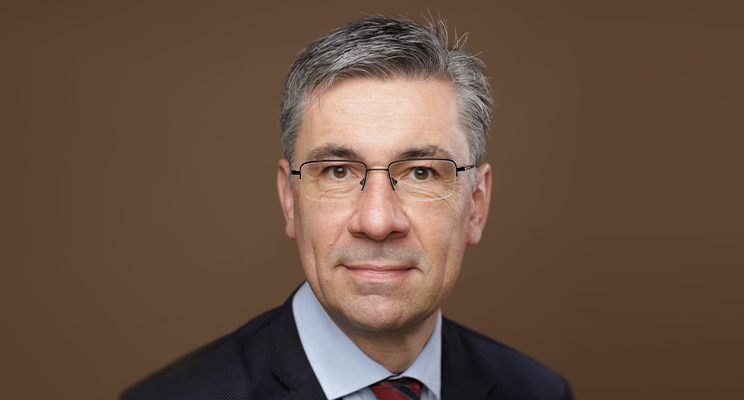 You Have To Find The Balance Between Challenging And Guiding People

Lauterbach: What are the most common themes that come up when you are mentoring senior leaders?

Unfried: One pattern I’ve noticed is that people often are not clear enough about their targets and their goals. When they manage their teams, they need to be thoughtful and precise about what they want to achieve, whether it’s the desired output or reducing the number of accidents in a factory, for example. I’ve always mentored people to set clear goals in ways that support the broader goals of the organization.

Also, it’s not enough to post those targets at the beginning of the year, and then see if you’ve met them at the end of the year. You need to have routines and regular check-ins to determine whether you are on track.

In terms of people management, I’ve noticed that managers often underestimate the ability of their people to perform. Leaders can often be very top-down, very directive, and they miss out on what people can contribute. It’s about finding the right balance between challenging people and guiding them.

Bryant: How has your own leadership style evolved over the years?

Unfried: I’ve learned over time how to best use emotion in leadership. I’m an engineer. I’m quite structured in my thinking. So my management style is to be very data-oriented, and I long believed that emotions shouldn’t play a role in those conversations. But there were a couple of incidents in my career when we messed up and didn’t perform the way we should have. People were explaining all good reasons why it wasn’t their fault, and I exploded, which is not my nature.

It was the right response, though, because people came to me afterward and said, “Thank you. That was necessary, and now we know what we have to do.” That was a big insight for me because I had only thought of emotions as something that can hinder performance. So I learned to use my emotions when necessary.

Managers tend to underestimate the ability of their people to perform.

I had a similar insight about challenging people. It took me some time to realize that people want to be challenged more than I expected. I’m more a collaborative type of leader. I want people to succeed, so I want to help and guide them. But because of this approach, sometimes I did not challenge people enough in the past. Of course, if you go too far, then you will stretch people too far. But again, managers tend to underestimate the ability of their people to perform.

And you should be creative in how you push people’s thinking. There was a book published several years ago called Blackout, by Marc Elsberg. It is quite famous in Germany and Austria. It inspired me to challenge my team on whether we were prepared for dealing with a blackout scenario. We explored some scenarios about what could happen in our country and in our factories.

Those discussions led to important insights for us. There was a lot of team effort because people were caught by surprise by the idea. You have to then make sure the insights are implemented, and that requires more of the traditional leadership tools of execution and follow-up. But the key insight for me was the importance of sometimes introducing a surprise challenge.

Lauterbach: How did you learn to calibrate how demanding you should be when you are setting a higher bar for performance?

Unfried: It was mostly trial and error through putting in a stake in the ground a bit further away than you think is comfortable and then seeing the reaction. You also have to give people a little time. Sometimes people will react initially by saying, “That’s totally impossible, and it cannot be done.” But if you tell people to think about it, and come back in a few days to discuss it again, often they will come back with ideas and solutions.

Bryant: What were important early influences that shaped who you are as a leader today?

Unfried: One of my values that was developed early on is to have a high degree of respect for people. That came from my family and later through education. I studied to be a mining engineer, and part of the program was to work in a mine in Germany for three to four weeks. It was 1,000 meters underground. I knew that I would soon be going back to school, but the miners would be doing that work their whole life, and it’s really a hard job. I have a huge amount of respect for people who do physical work.

Lauterbach: What do you feel think is the hardest part of leadership now?

Unfried: It’s setting the right priorities, given all the competing demands you face as a manager. In the organization I worked at for the last 16 years, it changed from purely hierarchical to a matrix organization across three dimensions. One was hierarchical, another was functional, and the third was regional, with different sectors working in the same region.

From each direction and dimension, managers would get a lot of input and different targets. Ultimately, as a leader, you have to make decisions, even when those targets are in conflict. Your job is to set the right priorities and guidance for your team, and that is a very big challenge.