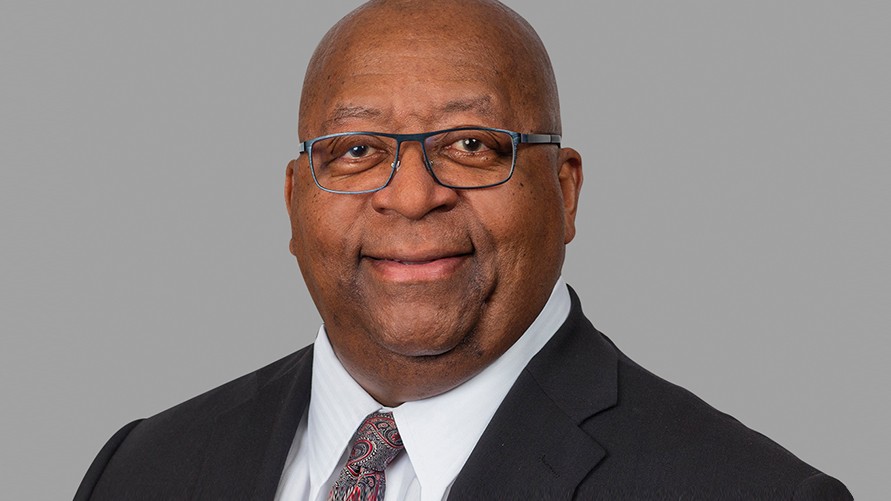 “You’ve Got To Be Prepared To Accept The Consequences Of Being Honest.”​

For the next installment of our interview series with top leaders in the talent and learning field, we spoke with our colleague, Joe Laymon, who has deep HR experience in leadership role at Chevron, Ford Motor Company and Xerox. He shared his key lessons with me and Adam Bryant, managing director at The ExCo Group.

Reimer: What drew you to the field of HR?

Laymon: It starts with watching what happened to my father. He was the lead supervisor at a white-owned sawmill. But then the sawmill closed and he had trouble getting another job. The next big employer near us was a cotton mill. Every Saturday, he would drive with me and my brothers to the mill, where he would line up to see if he could get work. We’d get there early, and there were two lines— one with white applicants and one with Black and Chickasaw Indian applicants.

The mill always picked more white men, and for more than two years, my father never got picked. My mother would beg him not to take us with him because she didn’t want us seeing our father as a failure. But he wanted us to know what racism is.

The reason I was drawn to human resources is because the person who chose the men in those lines came out of a trailer that had “Personnel Office” above the door. I thought he must be the most powerful man in the world. He could sit there and make and break families. He controlled the pool of workers.

You have to practice what you preach.

I later thought that if someone could allow me someday to lead HR for them, then within a reasonable period of time I could change who was in the workforce, how they performed and how they were paid because I would control the pool. And the pool would always have only capable, competent, experienced, diverse talent.

In all my roles in different companies, I always felt compelled to develop a cadre of skilled, talented, experienced HR professionals and then show the company leaders how I’ve done it. Because in order to give advice about the development of talent, you must show that you can do it within your own function. Once you show that, you have a model within a company of how it can be done. If your candidate slate is not diverse, how the heck do you have the credibility to demand that of others? You have to practice what you preach.

Bryant: What other advice would you give to HR leaders, based on your experience?

Laymon: You do need to speak honestly, and you have to have the courage to speak up, knowing that there may be consequences that could affect your career. That said, there are some finer points I’ve learned. For example, don’t always be the first one to speak in meetings. And make sure you fully assess the dynamics before a meeting and understand the agenda and the questions that will be asked.

Are you a participant or an observer? If you’re a participant, do your homework. Always be honest, try to be succinct. And reserve a key point until later — do not make all of your points at the beginning. You have to be prepared, but if you don’t know the answer, you’re better off saying that you don’t know and that you’ll come back with the answer after you do your research.

You can’t bluff your way through senior-level meetings. You have to spend the time to understand the business plan and the business, and therefore the talent needed to execute it.

Reimer: Diversity is such a big part of the talent discussion this year. What has been your reaction to all the commitments that companies have made around diversity?

Laymon: I’ve been pleasantly surprised by the number of companies saying they will do more. But I want to know their monitoring device. How are they planning to report on the progress against their promises? Because almost every company has invested money in this space.

What is your measure of success for this investment? What are the rewards or penalties for overachieving or for underachieving? Most companies struggle to come up with those answers. They wouldn’t put that money anywhere else without having those measures of success.

Spending money is the easy part.

Spending money is the easy part. The harder part is to say that you want to change the way you look, perform and behave. But you have to also ask how you got to where you are today. What are you going to do to be different going forward? A lot of companies say they want to move forward without spending the time to reflect on how they ended up in a position where change was necessary.

Bryant: How can companies turn those good intentions into action?

Laymon: Many companies’ executive teams need help and perhaps a nudge from the board, and they need to have their actions and performance inspected periodically. Without that inspection, something else will take priority and so those good intentions don’t get addressed. There is always another crisis, or something that seems equally important.

If the CEO can accept diversity and inclusion as one of their priorities, with oversight by the board, then it becomes a priority for the leadership team and it will cascade throughout the enterprise. You cannot have that as an HR mandate or as a diversity leader’s mandate. I have yet to see it work unless it’s the CEO’s mandate.

Reimer: When you’re assessing talent, what are the X factors that separate the best from the good?

And I look for someone with a sense of humor. Can they smile during difficult times and not let challenges get the best of them? And do they know how to walk away from a failure or something that’s not working rather than plowing people and resources to try to prove that they are right?

Bryant: And so how do you interview people? What is the key question that you ask?

Laymon: I give them a scenario. I’ll tell them that their top performer has been accused of sexual harassment by an intern who’s only going to be at the company for two more weeks. What would they do?

Can the person I’m interviewing give me a quick set of answers for handling a serious allegation like that against their top performer? By all rights, it’s understandable to try to protect them, but if the allegation is true, they could have done something to jeopardize the enterprise. But without that leader, you can’t make your numbers for the year. How do you deal with that?

You’d be surprised how many people offer a snap decision instead of saying they would do a thorough investigation, including talking to other women that the leader may have managed or may have encountered. How many people may have left the organization who worked with the person? Was he abusing his power? Do the investigation first. That’s what I’m looking for. If I’m talking to someone who cares more about protecting the results, I want to get away from that individual.

Reimer: You’re clearly comfortable taking on what might be difficult conversation inside corporations. Have you always been wired that way?

Laymon: There’s a story here, too. I always loved math, and I could read when I was four. When my father couldn’t get a job, he eventually became a bootlegger. He could have moved north along with many of his siblings to get jobs in the auto industry, but he chose to stay in Mississippi to sell illegal whiskey and to try to get people registered to vote.

The person my father depended upon to help sell the whiskey and to hide the whiskey and the money was his favorite son, and that was me. And he used to ask me, “What do you want? What can I do for you?” I was seven years old, and I told him I wanted a set of encyclopedias, which he bought for me.

That comfort with risk-taking stayed with me.

I started making my own money by buying day-old cinnamon rolls and moon pies at the thrift bakery and selling them at the school, and I also had a paper route. I would take that money to buy bus and train tickets and take trips by myself to cities like Meridian and New Orleans when I was very young. I just had a love of travel. And I was a risk taker at a very young age.

That comfort with risk-taking stayed with me throughout my professional career. You’ve got to be prepared to accept the consequences of being honest, for standing up for what you think is right, like the time I pointed out that succession planning for our CEOs seemed to be based more on characteristics like race, height, and which golf club they belonged to, rather than choosing from a diverse pool of the most qualified candidates.

Many people in that meeting assumed I wouldn’t have a job after that, but I did, and we changed our approach. The worst thing for any profession, and definitely for HR, is to not have a conviction around certain principles or to have principles and then to compromise them.

Be sure to subscribe here to get all our future X-Factor Leadership interviews.