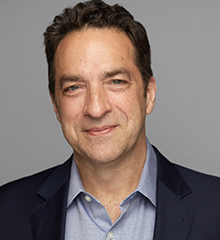 Adam Bryant is a respected and noted expert on executive leadership, whose work includes 525 Corner Office columns for the New York Times. He joins The ExCo Group as Senior Managing Director and Partner after a distinguished career as an editor and journalist. Bryant has a proven ability to distill real-world lessons and insights from his hundreds of interviews and turn them into practical tools, presentations and exercises to help The ExCo Group clients deepen their leadership benches and strengthen their teams. He works with executive leadership teams and organizations to foster a culture of innovation, based on a best-practices framework he developed for his widely praised book, “The CEO Test: Master the Challenges That Make or Break All Leaders.”

Prior to joining The ExCo Group, Adam Bryant worked for 30 years as a journalist, including 18 years as a reporter, editor and columnist at The New York Times.

Bryant interviewed more than 500 CEOs for “Corner Office,” a weekly series on leadership and management in The Times that he created in 2009. He is the author of three books based on themes that emerged from the interviews: “The CEO Test: Master the Challenges That Make or Break All Leaders,” “Quick and Nimble; Lessons from Leading CEOs on How to Create a Culture of Innovation,” and “The Corner Office; Indispensable and Unexpected Lessons from CEOs on How to Lead and Succeed.”

Bryant was also a member of the team that produced the Innovation Report at The New York Times, which is widely considered a key inflection point in The Times’ transition to a digital-first company. He was also the lead editor of a series on the dangers of distracted driving that won a Pulitzer Prize for National Reporting in 2010.

Bryant’s work on leadership is used widely on college campuses, and he is a frequent speaker at business schools across the country. In addition to his consulting work on leadership development and mentoring, he teaches an executive course at Columbia University on “The Practice of Leadership.”