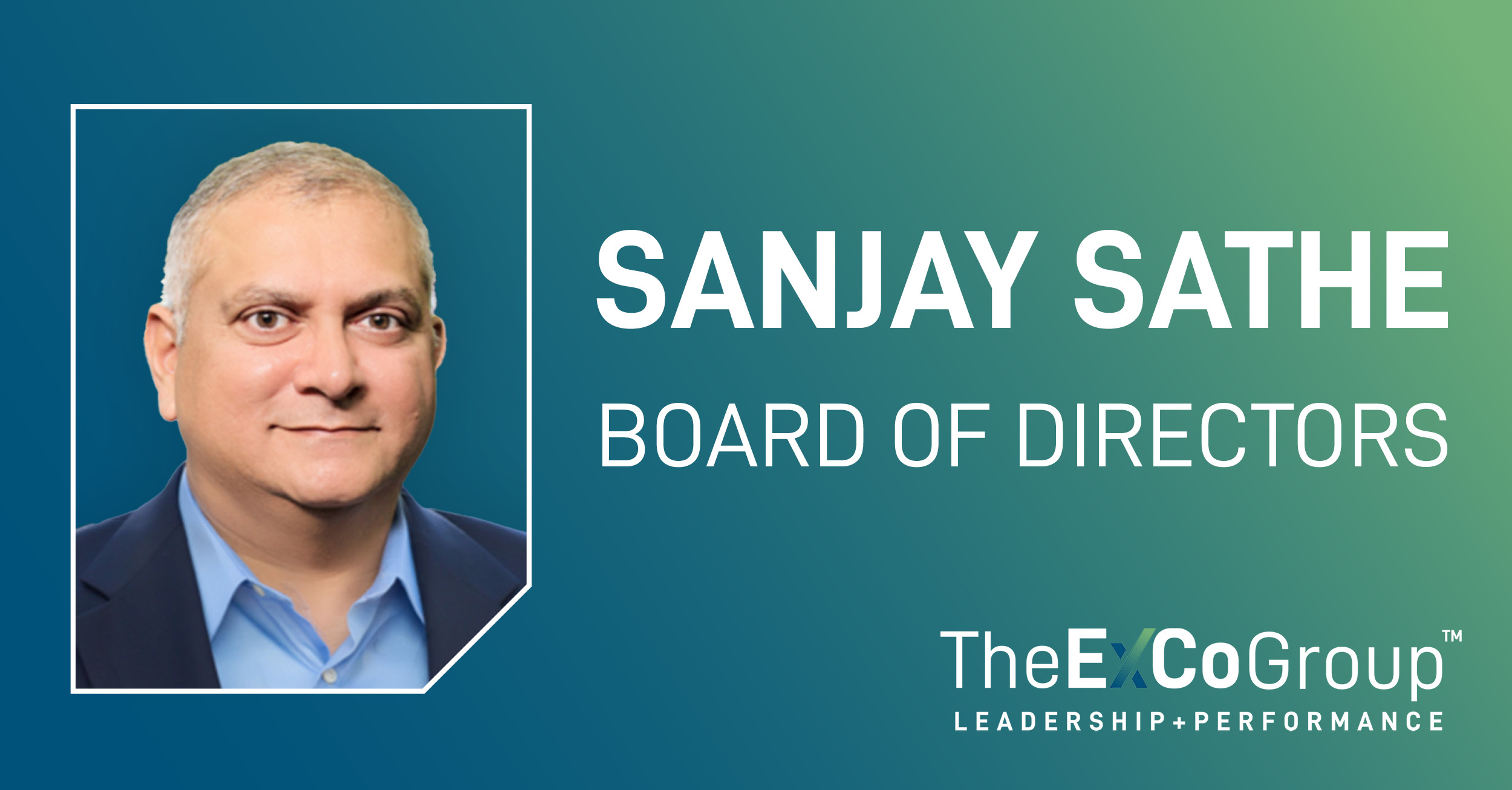 We’re pleased to announce the addition of Sanjay Sathe to our Board of Directors. Sathe is CEO and Founder of SucceedSmart, a company focused on disrupting the $7B US traditional Executive Search space and restoring control of the process back to corporations and executives with AI-powered solutions. His prior experience includes his role as CEO and Founder of RiseSmart and GenomeSmart, both of which led to successful exits.

David Reimer, ExCo Group CEO, noted, “Sanjay’s background, particularly his knowledge of senior executive services, HR needs, and technology and security, makes him a perfect fit for where we are as a company.”

Sathe has received numerous awards over the years, including the Stevie Award for CEO of the year in 2017, and the Top 50 Outstanding Asian Americans of the Year in 2016 from the Asian American Business Development Center.  He was the recipient of the Triple A Alumni Achievement Award from the Asian Institute of Management (AIM) in 2013, and is also an Executive in Residence at AIM.

With RiseSmart, Sathe led the company to a successful acquisition by Randstad for $100M in 2015.  Subsequently, Sathe founded GenomeSmart, resulting in an acquisition by Konica Minolta Precision Medicine in 2020.

A global citizen, bilingual in both English and Hindi, Sathe graduated with an MBM from the Asian Institute of Management in Manila, Philippines. He received certification in E-commerce Strategy from Wharton School of Business, and has lived and worked across the globe.