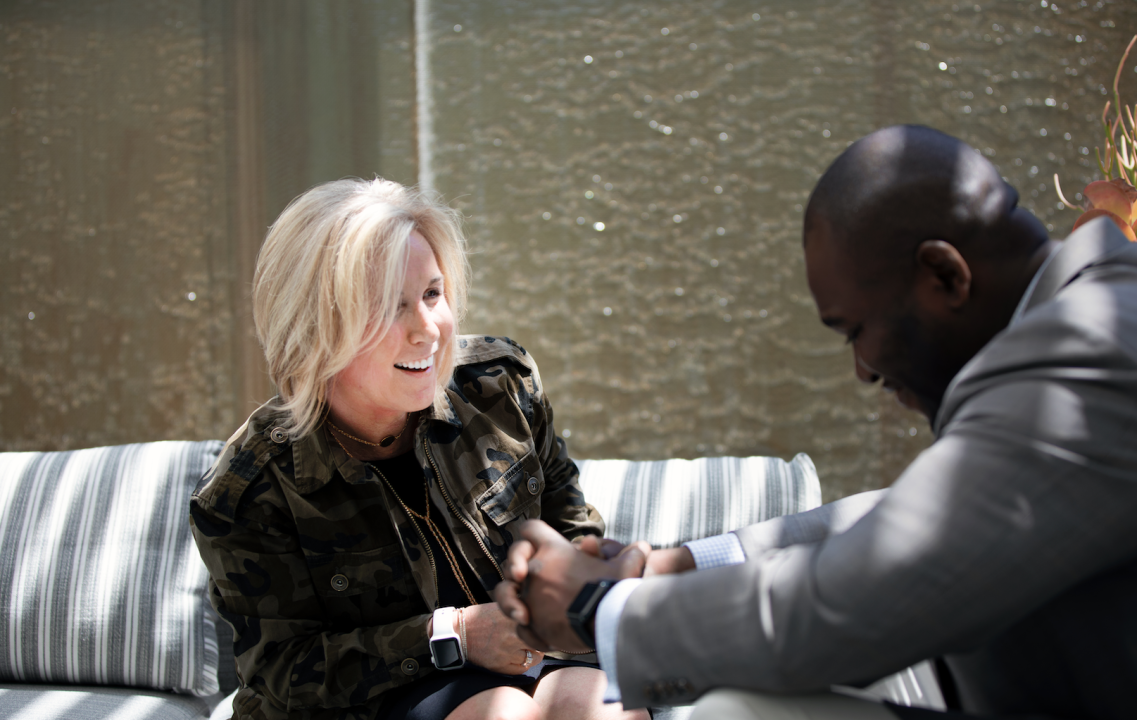 “People Look To The CHRO As The Embodiment Of The Company.”​

Lori Johnston, chief human resources officer at Amgen, shared her key leadership lessons with me and my colleague, David Reimer, CEO of The ExCo Group.

Reimer: There is so much ambiguity and complexity in the CHRO’s role, particularly now. How did your background prepare you for it?

Johnston: We grew up really poor in a small town in Texas, and I was the first generation to go to college. I majored in accounting because I was a good math student. I’ve always had this analytical side to me, which has helped in high-level HR issues, because you think objectively about the problem in front of you and you break it down.

And right before I graduated from college, I took an abnormal psych class, and I found it so fascinating that I switched my major. I went on to get a master’s degree, combining an MBA and a clinical psychology degree.

Because we grew up poor, I never saw things as taking a big risk, so I raised my hand for really tough assignments, including jumping into an HR role of a $1 billion division in my thirties. I had no business doing that, but I came from nothing, so I figured that if someone took it away, it was okay.

Bryant: So how do you juggle all the different responsibilities now?

Johnston: I learned a key lesson when I became the CHRO of Celanese. When I joined, the business wasn’t performing at the top quartile, the organization needed to transition, and so I ended up being involved with everything, including dealing with potential activists. So I kind of had a trial run before the pandemic hit.

It’s been tough, but I stay focused on the long-range plan for the company and what the future looks like for the industry. I think about the big levers and avoid getting completely sucked into every day-to-day detail. About three months into the pandemic, and with the growing social injustice crisis, I sat on the back porch and realized that I had about 48 hours to get over myself and to really transform who I am as a leader right now.

I’m fascinated by how one factor leads to another.

The thing I’ve always wrestled with is that I have a really curious mind. I’m interested in a lot of different things, and I can go deep into the organization because I’m fascinated by how one factor leads to another. I realized I had to get over that.

I had to tell my very talented team, “I trust you and I’ve just got to be involved more in the things that are really going to move the needle and matter.” Then my job is to invigorate others to make decisions when there’s not an answer. So I had to quickly transition to focus on the challenges that nobody else but myself could probably play a role in addressing.

Reimer: Given these big challenges, how do you build the HR team of the future?

Johnston: By really focusing on that ability to see around corners, deal with ambiguity, and picking the decisions you need to make. That’s more important than some of the things we’ve stressed in the past that were more check-the-box activities.

I’m looking for people who have that big-picture orientation. The healthcare space is going to be disrupted, so you need people who are thinking about the future. The best thing I’m doing with my team is spending about half my time with them describing what’s happening in the industry, and how I’m thinking about key decisions.

Bryant: So when you hire, how do you assess candidates for that habit of mind?

Johnston: I’ll ask them about what they read and who they talk to. I’ll push their thinking on how they see the future playing out for, say, the oncology landscape. You either get smaller or broader thinking around questions like, how do society and governments afford oncology innovation as the world ages?

When I left Celanese and joined Amgen, I had literally a three-hour plane ride between the two jobs. I joined the Amgen team at an offsite, and sat next to Bob Bradway, our CEO, at dinner. At one point, Bob said, “Do you think we’ll cure cancer by 2035?” It was a reminder of the importance of broad strategic thinking, and I take that same approach with my team, as well.

Reimer: The CHRO plays a unique role on the executive leadership team, where you have to be a trusted partner to everyone. How do you think about that?

Johnston: They’ve got to know that I’m going to be transparent enough to come to them if I see something that’s impacting the business, and that I will deal with them directly, and also lock arms with them and hold myself just as accountable for delivering results.

It’s also important that I don’t ever desire to be anything other than the CHRO. I’ve had people tell me that I could be a CEO at some point, but it’s not my desire. I love this job, and there is freedom in that because I’m not ever angling for the top job.

Bryant: If a CHRO were interviewing for a job, what questions should they ask the CEO to make sure there is going to be alignment?

Johnston: Who has really pushed their thinking? What does that look like? What are the challenges that they see in the company and where would they see me, as the HR leader, playing a role? When have you worked with a good HR partner?

Reimer: Let’s switch the lens. If you were hiring a new CHRO, what questions would you ask?

Johnston: You have to get underneath this issue of their ego and how they want to be rewarded for their work. These jobs are about the enterprise. They aren’t about the individual. So can you put those individual needs aside and do things that make the most sense for the company and for shareholders?

Another area to explore is how they have handled complex situations in the past — not what they’ve achieved in HR, but what have been the really tough business problems they’ve faced, and what was their role?

If I’m not willing to be authentic, nobody else around the team will.

Then you have to probe a bit of the heart and soul. People look to the CHRO as the embodiment of the company. Is it transparent, is it authentic, does it have empathy? You have to be real. If I’m not willing to be authentic, nobody else around the team will.

I want to see that in a person — that they’re not relying on a dashboard, but they really are trying to get heart and soul into the company. Times are going to be uncertain, and people need to be able to trust that their leadership and the company are taking care of them.

Bryant: Who was a key influence for you from early in your life?

Johnston: In high school, growing up the way I did, I didn’t really have all the confidence that I needed. But there was a history teacher, Mr. Horner, who had a big impact on me. I happened to know one of his students. He was disabled, and I knew sign language, so I offered to help him take tests for the teacher.

Mr. Horner took me aside after about a week, and he said, “You are a leader.” Early on, I would have never thought that I was a leader. And it didn’t even resonate with me then or even until about five years ago. But Mr. Horner saw something in me that I didn’t even see in myself, and he pulled that out and I probably kept that with me, without even realizing it.