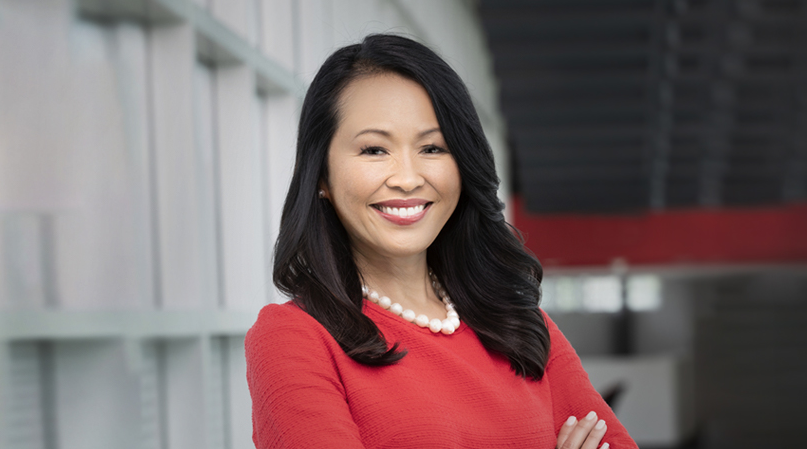 Lisa Chang: “The World Has Changed. We Wanted To Evolve Our Leadership Approach.”​

Lisa Chang, the global chief people officer for The Coca-Cola Company, shared her key leadership approach and lessons with me and my colleague, David Reimer, CEO of The ExCo Group, in the latest installment of our Strategic CHRO interview series.

Reimer: What is your framework for the CHRO role?

Chang: Earlier in my career, there were times when people would say, “Why are you in this meeting? We’re having a long-term strategy conversation. We’ll let you know when we get there, and you can recruit the jobs.”

Early on, I worked for a paperboard packaging company. We had unionized paper mills, and I remember saying to the director of compensation, “I’d like to go to the plant.” He said, “Why? You can go to the plant if you want, but they’re nothing glamorous.”

And I said, “Well, I’m evaluating these jobs, and they’re words on a page, but I don’t understand what these jobs actually require. It would really help me put context around these evaluations.” So he said, “Sure, go for it.” I literally watched the employees do their jobs so that the job descriptions accurately reflected the required skills, effort and physical demands.

Bryant: Let’s shift to the moment we’re in now. How will The Coca-Cola Company emerge differently after navigating through the pandemic?

Chang: We realized it was important to focus on emerging stronger and making changes that could help us grow faster on the other side of the pandemic. That’s why we decided to make significant investments in technology, data, and analytics, which also meant re-organizing our company.

In doing so, we asked ourselves, how do you pivot an organization of our size and scale quickly to meet that demand? And how do we drive our cultural transformation while giving people a choice on whether they want to be a part of the change?

We made the decision to offer a voluntary separation program, where employees had the opportunity to raise their hand and exit the organization prior to our restructuring. This helped us as an organization, but it also helped people who were ready to move on.

Reimer: As part of the reorganization, did you also change the qualities that you expected from your leaders?

Chang: That was core to our restructuring strategy. The world has changed. We wanted to evolve our leadership approach for this next generation. So we identified three attributes that we said were important for the future leaders of The Coca-Cola Company.

One was to be the role model — you have to lead by example. You can’t just say what you want; you have to show it. The second was to set the agenda, with clear priorities, goals, objectives and measurements, so that employees know what is expected of them and how success will be measured.

We held up the leadership model, and we said, do these people match these criteria?

And the third is to help people be their best selves. We believe that leaders of the future are not just focused on performance as it relates to the company, but on performance related to the potential of that employee. How do you make that person the most productive they can be, not only at Coca-Cola, but in life in general?

We put more specifics underneath those ideas. And, of course, we wanted to balance the “what,” in terms of meeting goals and objectives, with the “how” of the ways in which they achieved them. We conducted multiple talent reviews to select our top leaders. We held up the leadership model, and we said, do these people match these criteria?

We’ve already seen a significant lift in how people are leading because they are naturally wired for these attributes and they’re leading authentically as opposed to mechanically. And we assess them based on three attributes — knowing the business, knowing yourself, and knowing others.

Bryant: How do you think about this moment we’re in of greater activism, with employees increasingly feeling like they should have a voice and a vote in business decisions?

Chang: We want to have an inclusive environment where people feel like they can be themselves. I think it’s important to ensure you’re clear as a business on your purpose, so that when issues arise, you can have a more productive conversation with your employees and stakeholders. We’re learning every day.

As an organization, we always want to make sure that whatever we’re doing, we’re on the right side of history. We believe that there are some fundamental truths around human rights and how you treat people, and around trust, transparency, and authenticity.

We try really hard to maintain that focus, and also try hard to respect people’s freedoms to say what they are feeling because it’s important. We also try to create an environment of respect.

Reimer: HR has always lived in this complicated space where you report to the CEO, but you also have a direct line to the board, and you’re a peer on the leadership team but you also evaluate the performance of your peers.

Chang: The CHRO can be a fairly lonely job for the reasons you mentioned. You have to understand that reality, and have to separate any personal feelings from the work that has to get done. The approach I’ve always taken is to develop trusting relationships and be honest and transparent with people.

With boards, you have to have fairly thick skin.

My role is really to help all of us be more effective so that we can run this company in a responsible way.  With boards, you have to have fairly thick skin as a member of the management team when you interact with directors. They ask good and important questions.

They want the company to be successful, and you should use them as coaches and counselors. They’re on the board because they have experience. I’ve seen too many people try so hard to sugarcoat everything that’s presented to the board.  The most productive approach for me is to go to them and share some accomplishments and challenges, and then ask them questions about different approaches I might take.

Bryant: What were key early influences for you?

Chang: I was highly influenced by being part of an immigrant family and by my father’s work ethic. My dad came to the United States as a graduate student, but he also worked early on in a manufacturing facility — it was actually a dog food factory. So, when you look at where he started and what he did to ultimately retire as the co-founder of a tech company, it’s pretty amazing.

My father was always, always pushing us to work harder, and my mother was, too. I was also a middle child, and did that typical middle child thing of being the arbitrator of the family and being able to navigate both sides of an issue. That was a big influence for me. It would be an interesting study to see how many HR leaders were middle children.

Another important moment for me was telling my parents that I was not going to go to medical school, and that I was instead going to major in communications. My father almost disowned me at that moment — we are in a good place now and he’s very proud of me — and so there is extra drive in me from wanting to prove that I was able to do what I needed to do to be successful. So, naturally, I’m a bit competitive.

Join the conversation on Linkedin.