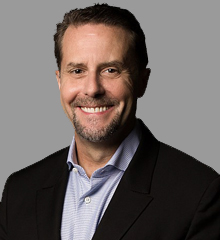 Andrew House is a transformational international CEO and board director bringing over 25 years of leadership experience with Sony Corporation in the areas of sales, marketing, engineering, product development and digital services. He has a proven record of success in leading global teams in developing and executing on winning strategies to drive both top and bottom line growth. He excels at developing executives at critical transition stages in their career.

In addition to his work at The ExCo Group, House serves on the boards of Dentsu Group Inc., Nissan Motor Co., and Swedish media and entertainment company, Nordic Entertainment Group. He is also an advisor to Intelity, the leading provider of end-to-end hospitality technology platforms.

Previously, House served as Chairman, President and CEO of Sony Interactive Entertainment (SIE) where he oversaw the union of Sony Computer Entertainment (SCE) and Sony Network Entertainment International (SNEI) into one global organization responsible for PlayStation and the PlayStation Network businesses. He was responsible for 7,000 employees and growing top line revenue from $10.5B to $17B, turning around the business to generate $1.6B in operating profit. During his tenure, House oversaw the development and execution of the strategy and launch of the PlayStation 4, a global market leader in consoles and the fastest-growing platform in PlayStation history.

Prior, House served as the president and CEO of SCE Europe, managing all aspects of the PlayStation business in the EMEA and Oceania region across more than 100 countries. Under his leadership, the platform business became profitable and edged out competitors to become the market leader.

Between 1996 and 2009, House held the roles of VP and later EVP in SCE, launching PlayStation 2, the world’s most successful entertainment console, and forged strategic partnerships with console game publishers.

House holds a B.A. in. English Language and Literature from Oxford University and is fluent in written and spoken Japanese.