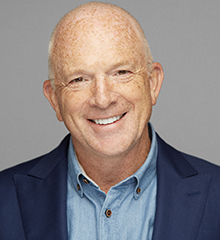 Cameron Byers is an accomplished, international CEO and board director. He brings more than 25 years of leadership experience with BP. He has a proven record of performance excellence leading fast-growth startups through IPOs, as well as in highly-regulated industries, building multinational businesses, while delivering results in both large-cap and emerging companies. At The ExCo Group, he has mentored Fortune 250 senior executives in the big data/cloud, technology, and global energy sectors.

In addition, Byers is the former Chairman of the Roundtable on Sustainable Biomaterials Services Foundation, an international initiative that brings together farmers, companies, non-governmental organizations, experts, governments and inter-governmental agencies concerned with ensuring the sustainability of biofuels production and processing. He also served as an advisory board member of BioJet International Ltd.

As senior vice president and general manager with Solazyme, Inc. (now Terravia, Inc.), Byers was actively involved in leading the company through a successful IPO with a $1B valuation. During his tenure, he spearheaded the global fuels and chemicals business strategy for this world-leading renewable oils, food, nutrition and specialty ingredients company. He also led several joint development agreements with major international oil companies, national oil companies, and international airlines. Under his leadership, Byers completed a development agreement with Bunge Ltd., a global agribusiness, enabling a $100M joint venture to build, own, and operate a commercial scale facility in Brazil, as well as joint ventures with Chevron, Dow Chemicals, Ecopetrol and Qantas.

Previously, Byers was president & CEO of BP Energy Co. North America. His track record of success includes a complete restructuring of the business, acquiring and merging two independent companies, and establishing the company as the #1 natural gas marketer in North America. This was achieved through the expansion of the business into financial derivatives and origination, growing the customer base to over 1,000 key customers in the utility, industrial, and commercial markets, and acquiring independent companies. During his tenure, the company achieved earnings in excess of $20B PA and five years of double-digit growth. In addition, he was appointed to serve as Vice Chairman of the Natural Gas Supply Association in North America.

Byers has held other senior leadership roles with BP, including COO of BP Energy Co., managing director of Commercial Refining & Trading at BP Amoco-Europe in both the U.S. and Scotland, and senior vice president of commercial operations at BP Oil Grangemouth Refinery in Europe. His legacy is one of rapid growth through change implementation and talent management.

He has been a business advisor to the Houston Technology Center, recognized by Forbes as one of “12 Business Incubators Changing the World,” and the largest technology business incubator and accelerator in Texas. Previously, Byers served as a pro bono business advisor to the MIT Enterprise Forum. He received his B.Com Honors degree in economics and international business from the University of Edinburgh, Scotland. He is also a graduate of the executive program at the leading European business school, INSEAD. Byers is the proud father of four sons.