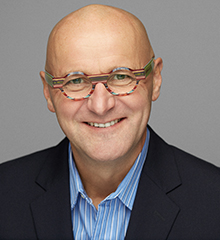 Robby Swinnen is an accomplished Fortune 100 corporate executive and former Army officer who brings more than 25 years of experience leading global lines of business. He has been responsible for leading sales, marketing, and operation teams across the world and has significant on-the-ground experience in the Americas, Asia, Europe, the Middle East, and Africa. At The ExCo Group, he mentors senior leaders and C-suite executives.

Previous to The ExCo Group, Swinnen had a successful career at Intel where he developed new sales routes, opened multiple new markets and launched new business lines globally. Most recently he was a Corporate Vice President and General Manager of the Regional Sales Group. This assignment includes covering all regional sales and marketing theaters around the world (~$20B in revenue). Prior to this assignment, Robby was the President and General Manager for Intel Corporation in the Asia-Pacific region, based in Hong Kong. He was responsible for all sales (~$12B in revenue), marketing and market enabling activities of Intel products and channels in the region.

Till 2014, he was the General Manager of the Service Provider Group, overseeing all the sales and marketing activities with telco network operators around the world. From 2009 to the end of 2010, he oversaw the Global Business Development activities for the Ultra Mobility Group’s smartphone and tablet business. Swinnen was appointed co-President of Intel Japan K.K. in January of 2006, a position he held for 3 years. Leading up to his Japan assignment, Swinnen was the co-General Manager of the Partner Marketing Group for 4 years, overseeing the Intel Inside® program, ecosystem co-marketing activities and global sponsorship efforts. Swinnen joined Intel in 1992, where he worked at the European headquarters in the UK, holding a variety of product and channel marketing positions for Intel Europe, Middle East and Africa sales organization. Prior to joining Intel he worked in Belgium for Ingram Micro, the world’s largest distributor at the time.

Swinnen is married with twin girls and lives in Portland, Oregon. He received his bachelor’s degree in Communications Sciences from the University of Brussels, Belgium in 1986. In addition to his ExCo Group training, he is also a Certified Hudson Institute Coach. Swinnen was an officer in the Belgian Army serving in Specialized Reconnaissance under NATO Command.